Donald Trump is the 45th US President, and is currently fighting to remain the US leader for another four years. American voters will head to the polls on November 3. But why exactly has the US President’s name been put forward for the 2021 Nobel Peace Prize?

President Donald Trump is considered to be a controversial politician who is unafraid of being outspoken about his professed beliefs.

But Mr Trump has now been nominated for the 2021 Nobel Peace Prize.

He was nominated for his efforts in brokering peace between Israel and the United Arab Emirates (UAE).

His name was put forward by Norwegian politician Christian Tybring-Gjedde, according to Fox News. 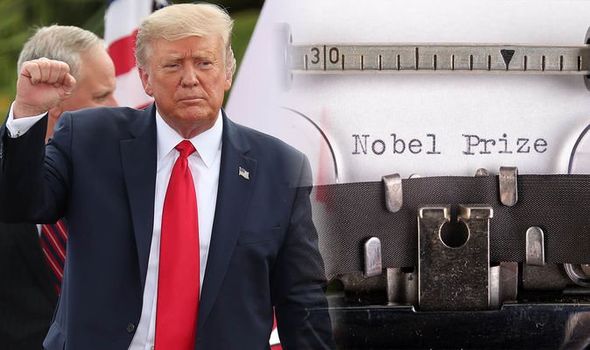 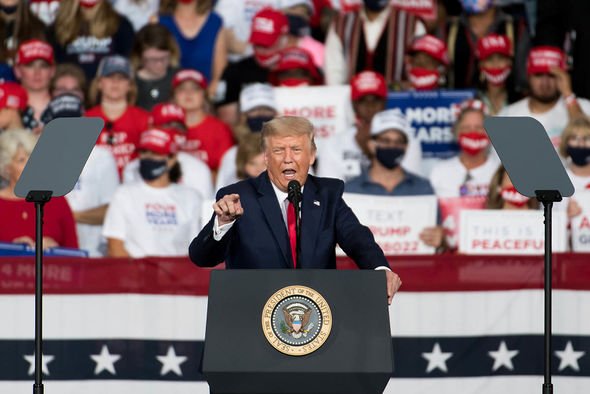 Mr Tybring-Gjedde is a Norwegian far-right politician who decided to make the nomination following the “historic peace agreement”.

The Norwegian politician is a four-term member of parliament who believes immigration policy is the single most important political issue facing Norwegian society.

He praised the US leader for resolving several protracted conflicts worldwide and said he had made “tremendous efforts” in brokering peace.

He told Fox News: “For his merit, I think he has done more trying to create peace between nations than most other Peace Prize nominees.” 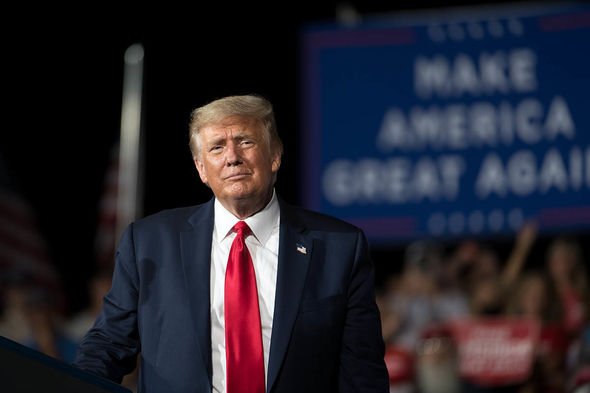 In the nomination letter to the Nobel Committee, Mr Tybring-Gjedde said the Trump administration had played a crucial role in the establishment of relations between the UAE and Israel.

He wrote: “As it is expected other Middle Eastern countries will follow in the footsteps of the UAE, this agreement could be a game-changer that will turn the Middle East into a region of cooperation and prosperity.”

Mr Tybring-Gjedde told Fox News he was “not a big Trump supporter”, but other leaders ought to follow his lead in reserving their judgement.

He told Fox News: “The committee should look at the facts and judge him on the facts – not on the way he behaves sometimes.

“The people who have received the Peace Prize in recent years have done much less than Donald Trump. For example, Barack Obama did nothing.”

Opinions about this nomination were split across social media.

Some believe the work Mr Trump had completed in this area was deserving of recognition.

Another added: “Peace with UAE & Israel! Thank you President Trump!”

One person wrote: “This is an honour he deserves for the Israel-UAE deal as well as the Serbia-Kosovo deal. While they’re at it, nominate @RichardGrenell too.” 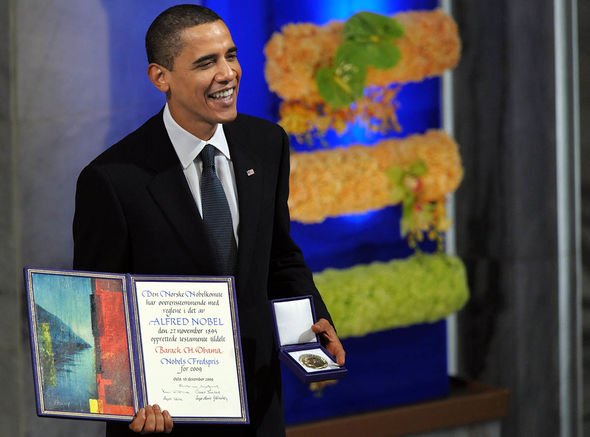 Others condemned the nomination and claimed his winning the award would hinder the prize’s value.

One person tweeted: “If he gets this it will totally diminish this award and people with principles will never accept it as an award worth winning?”

Another wrote: “So @realDonaldTrump up for the #NobelPeacePrize WHAT A SCANDALOUS UNFUNNY JOKE.”

A social media user posted: “He should be tried for WAR CRIMES instead as he can’t keep his own citizens safe and is inciting violence. He is using federal officers to beat and arrest people who are taking a stand against him. No on will trust Americans after this, WAY TO GO and RUIN a countries REPUTATION.”

Mr Trump was previously nominated for the prize in 2018 following his efforts to solve North Korean nuclear tensions.

Three other US Presidents have won the Nobel Peace Prize, including Barck Obama, Woodrow Wilson, Jimmy Carter and Theodore Roosevelt.

Mr Obama faced backlash in 2009 after winning the prize just nine months into his first term.

MADRID (Reuters) – Spain’s services sector ended last year on an upbeat note, registering its briskest activity in nine months in December in spite of political and economic concerns both at home and abroad, a business survey showed on Monday. Markit’s Purchasing Managers’ Index (PMI) of services companies, which account for around half of Spain’s […]

By Svea Herbst-Bayliss BOSTON (Reuters) – Activist investor Starboard Value LP has built a stake in U.S. data protection and data management software company Commvault, saying in a regulatory filing that it felt the shares were undervalued when it purchased them. The New York-based hedge fund has built a roughly 9.3% position in the company, […]

United Airlines to cut 16,370 workers, many more going without pay