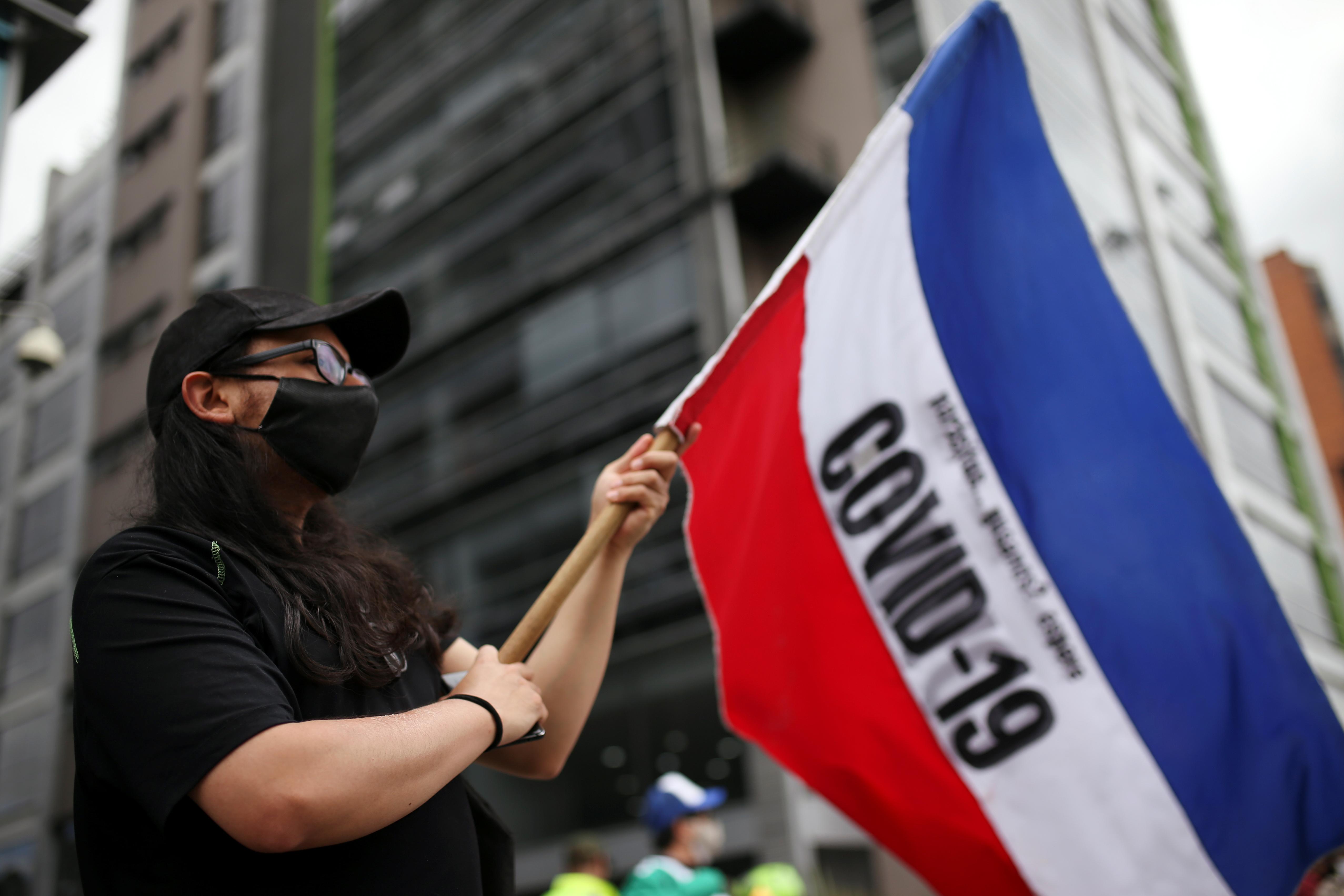 The protest was the first called by the unions since the country finished more than five months of lockdown meant to stem the coronavirus, which has infected nearly 670,000 people and killed more than 21,400 in the Andean country.

Several weeks of large marches last November and December drew hundreds of thousands of protesters and led to isolated violence and the first curfews in major cities in a generation.

Masked protesters on Monday rode in cars and on motorcycles and bicycles decorated with green balloons and signs in a bid to comply with government restrictions on crowds.

“We have an extremely successful report, it has encouraged us to possibly organize another demonstration on September 21, another in October and commemorate last year’s march on November 21,” Diogenes Orjuela, head of the Central Union of Workers (CUT), told Reuters.

The participants honked horns to reject a recent government decree that allows pension and health contributions to be made based on hours worked, which the government says will recognize workers who earn less than minimum wage.

“It’s an absolute trick of the government, to take advantage of the crisis to carry out a reform,” Orjuela said.

He also voiced concern about a government loan of up to $370 million to airline Avianca and a recent spate of mass killings that the government has tied to drug violence.

The coronavirus quarantine has shuttered thousands of businesses and sent unemployment soaring to nearly 25% in urban areas.

Marchers last year demanded a laundry list of changes from the government, including protection for rights activists and better implementation of a peace deal.

The death of 18-year-old Dilan Cruz, hit by a riot-police projectile, became a rallying cry for many marchers.

By Allison Lampert MONTREAL (Reuters) – Bombardier <BBDb.TO> will suspend Canadian production of its corporate jets to comply with restrictions imposed by provincial governments aimed at curbing the spread of the coronavirus, a source familiar with the matter said on Monday. The Canadian provinces of Ontario and Quebec, where Bombardier’s flagship Global 7500 and other […]

COPENHAGEN (Reuters) – Google’s <GOOGL.O> plans to buy a 12.5% stake in Africa’s largest wind farm have been canceled after delays to the project, Danish wind turbine maker Vestas <VWS.CO> said on Monday. The 310 megawatt (MW) Lake Turkana wind farm in Kenya was initially set for completion 2017, after which Google had committed to […]

Risk of pension meltdown grows due to inaction by U.S. Congress

‘Do Not Sell My Info’: U.S. retailers rush to comply with California privacy law