TAIPEI (Reuters) – Taiwan’s main opposition party the Kuomintang (KMT) began a push on Sunday for a referendum to block the easing of restrictions on U.S. pork imports, which if passed could threaten a long-mooted free trade deal with Taipei’s key ally Washington. 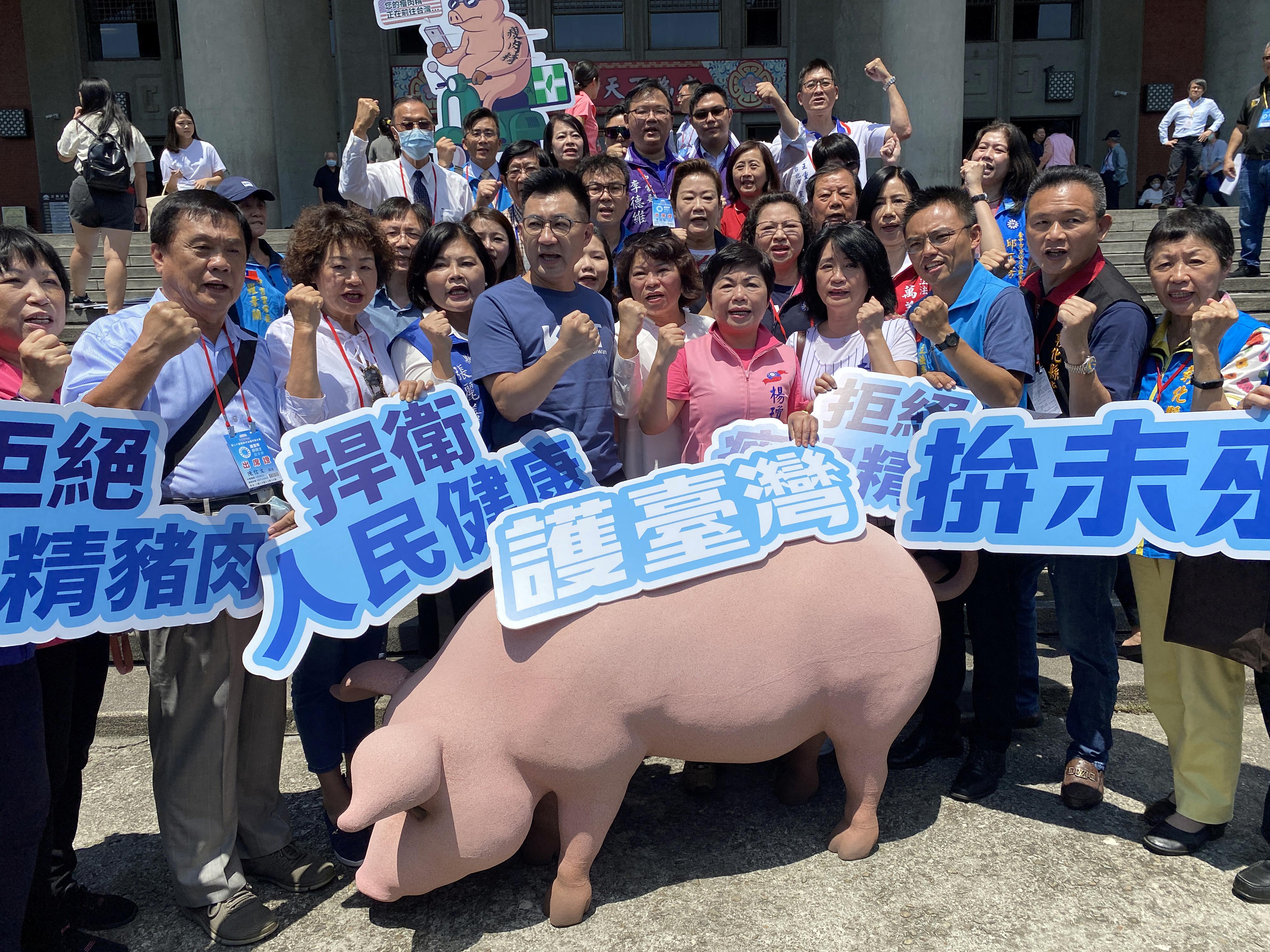 President Tsai Ing-wen announced last month that the government would from Jan. 1 allow in U.S. pork containing ractopamine, an additive that enhances leanness, and U.S. beef more than 30 months old.

Taiwan has long sought a free trade agreement with the United States, its most important supporter on the international stage, but Washington has complained about barriers to access for U.S. pork and beef.

KMT Chairman Johnny Chiang, elected in March to help turn around party fortunes following a trouncing in January’s presidential and parliament elections, said the party would begin collecting signatures for a referendum to be held next August.

“Starting next weekend on Sept. 12, we will spring up everywhere, getting signatures from counties and cities, showing the will of the people through concrete action,” he told the party’s annual conference in Taipei.

The KMT has pitched their opposition to the pork imports as a matter of food safety, Taiwan having been rocked by several safety scandals in recent years, pointing out that ractopamine is banned in major markets like the European Union.

The government has defended the easing of pork imports, saying they are bringing Taiwan into line with international norms and that the decision will boost Taiwan-U.S. ties.

Taiwan and the United States are expected this month to start high-level economic talks in what could be a precursor to a broad free trade deal.

The KMT will need to collect around 200,000 signatures to get the referendum approved and put to a vote.

Chiang has been trying to turn around the fortunes of the party, which traditionally favours close ties with China.

Beijing claims Taiwan as sovereign Chinese territory and has never renounced the use of force to bring the island under its control.

LONDON (Reuters) – Britain’s economy could shrink by more than 14% this year and government borrowing risks approaching 400 billion pounds ($500 billion) if there is lasting damage from the coronavirus, government budget forecasters warned on Tuesday. The Office for Budget Responsibility said its central scenario, with only moderate scarring, showed a 12.4% fall in […]

SINGAPORE (Reuters) – Oil prices slid on Monday as concern grew that a record rise in coronavirus infections worldwide could stall a recovery in fuel demand, outweighing tighter supplies from major producers. Brent crude LCOc1 fell 10 cents, or 0.2%, to $42.04 a barrel by 0655 GMT, while U.S. crude CLc1 was at $39.72 a […]