A string of horse mutiliations have sparked a nationwide ‘witchcraft panic’ in France, as police struggle to pin down a motive for the killings. More than 30 horses across France have now been injured or killed in the disturbing spate of attacks, the motives of which are still a mystery. One of the strongest possibilities is a potential link to satanic or witchcraft rituals, according to experts.

In the macabre horse killings, ears have been sliced off, eyes removed, genitals cut, sides slashed and blood drained.

The strange mutiliations, where no meat is ever taken from the carcasses, triggered a fear that the removed body parts were being used for “ritual purposes”.

A small wooden sculpture believed to be a “voodoo doll” was found at the site of one of the attacks in August.

Police are still open to other possibilities of motive, including a viral internet challenge, a group of “horse haters”, or even a series of copycat attacks.

JUST IN: Brexit talks on brink of collapse by next week according to insiders 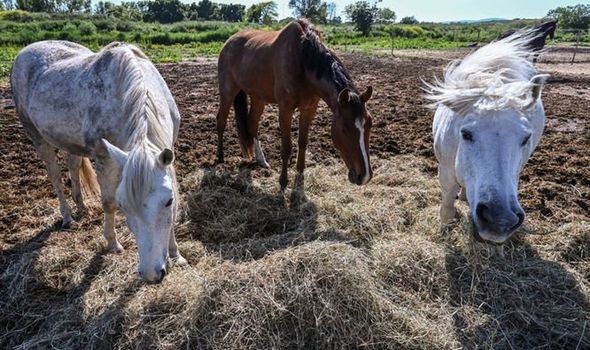 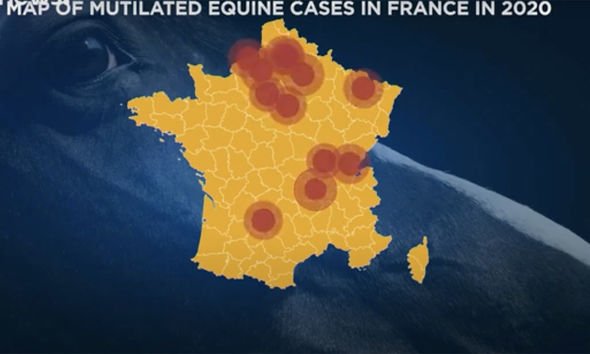 Religious historian Jacky Cordonnier explained the thinking behind the mutiliations: “We sacrifice the animal thinking the energy of the animal and its power will be transferred to us.

“They recover blood, the ear, the eye, it’s a ritual of invocation, of bewitchment. It is always the right ear because the left ear is satan.”

A police spokeswoman in Paris said: “We do not understand the motivation.

“Is it a satanic rite, insurance fraud, some macabre trophy hunt or an internet challenge? We don’t know. It is very traumatising.” 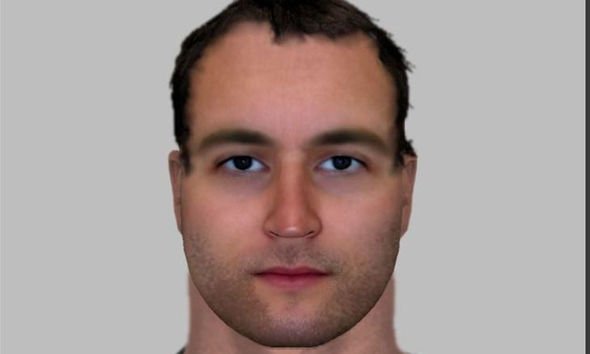 Jean Michel Martinot, a horse breeder whose 14-month-old horse Jade was murdered in one of the attacks, said the killers would be “familiar with horses”.

He said: “Jade had strangulation marks. We assume they lassoed her to the tree before stabbing her.

“Those who killed Jade cut off her ear, one eye and her genitals. They had a knowledge of horse anatomy.

“When you see this horrible sight you are in shock. It’s foals that you love.”

Euronews’ Katie Dartford said that the phenomenon had been escalating in recent weeks, with a mutiliation taking place “nearly once a day” in the last couple weeks. 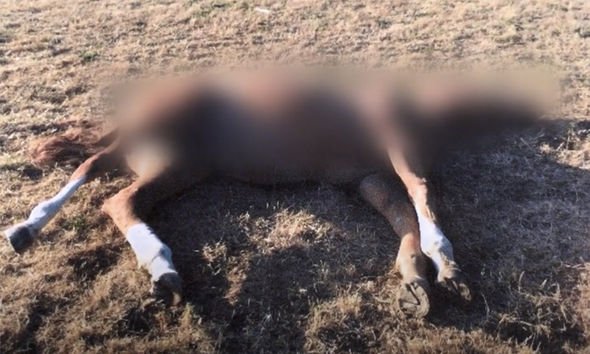 Agriculture minister Julien Denormandie said he was “ruling out nothing” in the investigation and “all means are in motion to end this terror”.

Last week, police released a facial image of a suspect connected to the murders, based on a description by a horse refuge owner, Nicolas Demajean, who interrupted one attack.

Mr Demajean said the attackers “spoke words in a language I couldn’t understand, I think it must be from eastern Europe”.

The maximum penalty in France for serious abuse or cruelty to an animal is two years in jail and a €30,000 fine.

FILE PHOTO: The Federal Reserve building is set against a blue sky in Washington, U.S., May 1, 2020. REUTERS/Kevin Lamarque/File PhotoWASHINGTON (Reuters) – The U.S. Federal Reserve said on Tuesday it has formally joined an international group of central banks working to understand and reduce climate change risk, a signal that the Fed could move […]

By Medha Singh (Reuters) – Futures indicated that the Dow Jones Industrials index would shed more than 300 points at the open on Thursday after the rapid spread of the coronavirus outside China deepened worries about growth and corporate earnings. The number of new infections in China, the source of the outbreak, was overtaken for […]

STOCKHOLM (Reuters) – Swedish truck maker Volvo <VOLVb.ST> said on Tuesday it had signed a deal with German rival Daimler <DAIGn.DE> to set up a joint venture to develop and produce fuel cell systems for heavy-duty vehicles. Daimler will consolidate all its current fuel cell activities in the joint venture. Volvo said in a statement […]

In Nevada, Unemployed Workers Wait for Aid That Will Still Not Be Enough

This is another News Portal > World News > French services sector growth picked up in December: PMI