BEIRUT (Reuters) – In the days that followed the Beirut port explosion, Shady Rizk played a video he had taken on his phone again and again. 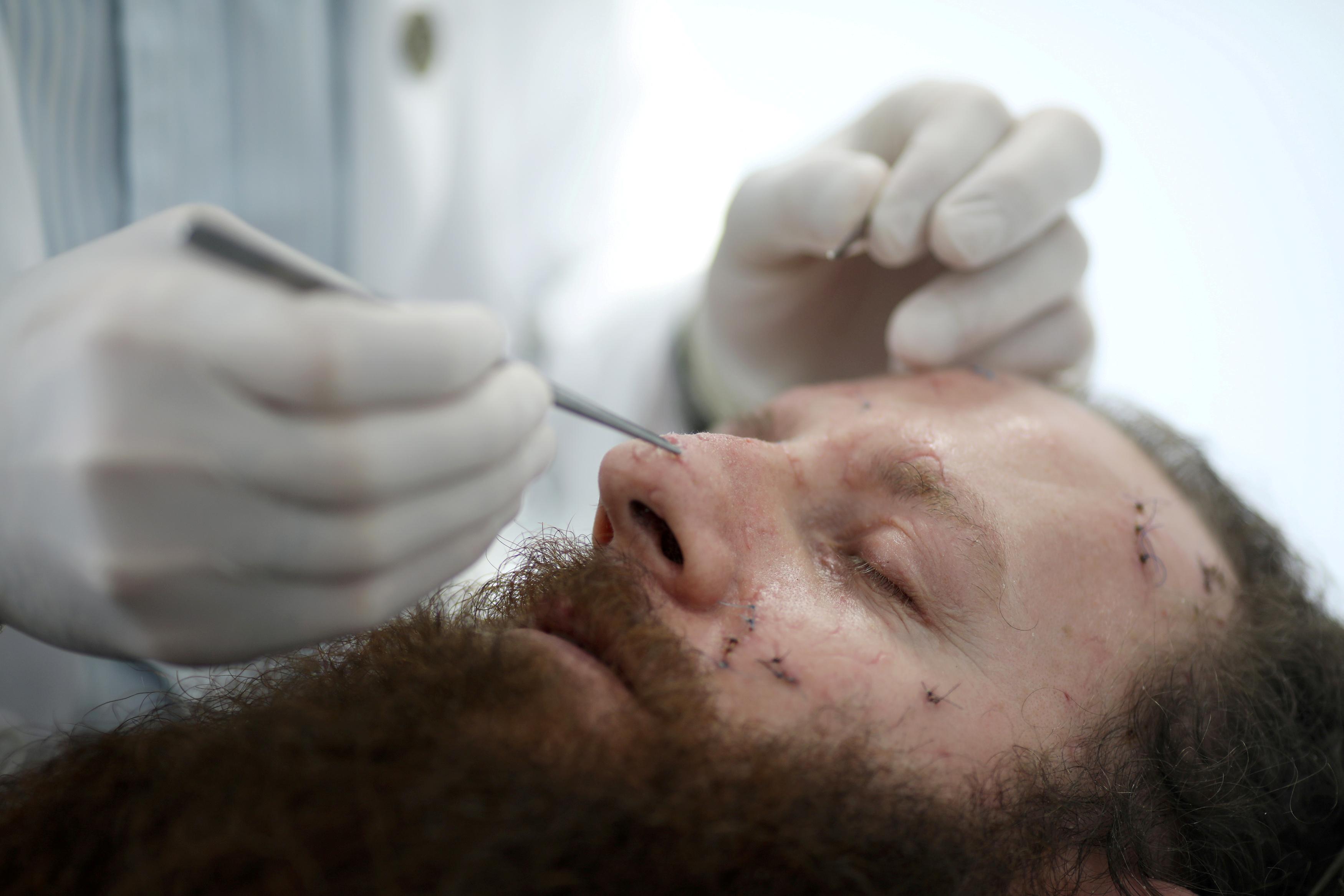 Filmed from the balcony of his office directly opposite the port, it shows flames and smoke rising from what some officials knew were burning explosives. Suddenly there is a huge bang, flying glass and the screen goes black.

“We had 20 minutes (before the explosion), they should have told us to evacuate, stopped the traffic,” said the 36-year-old, who worked at an internet provider before his life shattered along with its offices on that August 4 day.

Amid howls from injured colleagues he heard the office phone ring. Temporarily blinded, he reached for it, only to hear a customer calling to complain about internet speed.

“We are dying here. Please call the ambulance,” he shouted, along with expletives. Now he says he is grateful for that call because it helped him find the phone to ring home.

“It was my sister who picked up, I told her I was dying, to send my regards to everyone … and to stay on the line.”

Rizk survived, with 350 stitches across his body, including all over his face. He still has problems with his vision.

His biggest disappointment one month on is that no government official has been questioned or arrested in connection with the explosion of the 2,750 tons of ammonium nitrate that had been stored unsafely at the port for years.

“Lebanon is always going to be beautiful but those who are governing it are making it very, very ugly, disturbing. It has become very ugly despite its beauty,” he said.

Rizk was one of the tens of thousands of Lebanese who took part in protests in October against sectarian rule, endemic corruption and an economic slide now compounded by the sudden loss of livelihoods and the homes of a quarter of a million people.

“We tried to make a revolution. We tried to change. We tried so many things and nothing. In fact it is getting worse, is this possible?” he said.

When plastic surgeon Joe Baroud finally removed the stitches on his face, they agreed he would never be quite the same again.

“There are no scars that completely disappear, of the soul or of the flesh,” said Baroud, who treated dozens of people who suffered facial scars in the blast, which killed at least 190 people. “Time will heal, but it will not be normal skin. Never.”

Haunted by flashbacks, Rizk decided last week to go back to his office block in the now desolate Mar Mikhael neighbourhood. There, held by his best friend, he cried for the first time, sadness mixing with relief and resolve.

By Alexandra Alper, Karen Freifeld and Stephen Nellis WASHINGTON (Reuters) – The U.S. government is nearing publication of a rule that would vastly expand its powers to block shipments of foreign-made goods to China’s Huawei, as it seeks to squeeze the blacklisted telecoms company, two sources said. The U.S. Commerce Department in May placed Huawei […]

NEW YORK (Reuters) – Goldman Sachs Group Inc <GS.N> has downgraded its U.S. growth forecast for the first and second quarters in the wake of the economic fallout from the coronavirus outbreak. In a note sent on Sunday, the U.S. bank said it now sees real gross domestic product growth of 0% in the first […]

Competition heats up in turboprop market

For ECB, coronabonds could be shield against legal challenges