Ambassador to Germany looks set to be designated as crisis-Lebanon’s next prime minister at Monday’s nomination process. 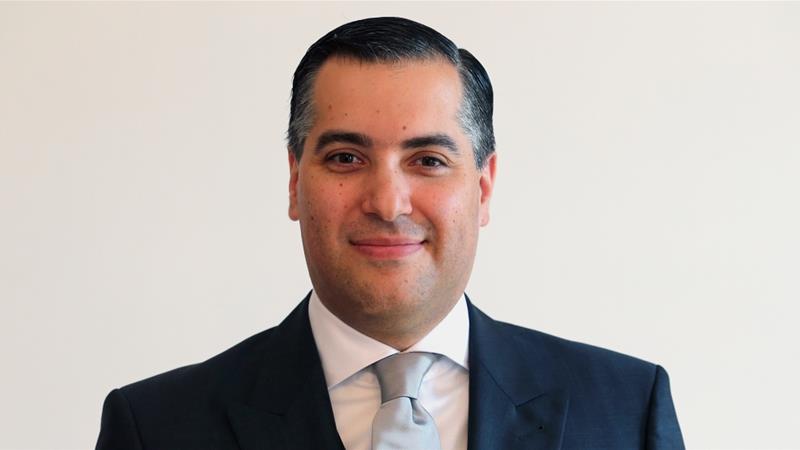 Beirut, Lebanon – An influential group of former Lebanese prime ministers has picked little-known diplomat Mustapha Adib to head the country’s next government, all-but ensuring his appointment at a nomination process on Monday.

Fouad Siniora, speaking on behalf of the group which met on Sunday, said Adib should rapidly form a government capable of implementing long-overdue reforms and overseeing Beirut’s reconstruction following a massive explosion that killed at least 190 people and damaged large parts of the capital earlier this month.

The group of four former prime ministers represents the largest number of Sunni Muslim MPs in Lebanon’s parliament, including the Future Movement bloc of former Prime Minister Saad al-Hariri. Their support is seen as essential for the success of the prime minister, who under Lebanon’s sectarian power-sharing pact must always be Sunni.

Former Prime Minister Hassan Diab had the support of just a handful of parliament’s 27 Sunni MPs in addition to little popular support. His six-month government, which resigned in the wake of the August 4 explosion, is widely seen as having failed to make headway on vital economic and political reforms demanded by massive protests that led to al-Hariri’s resignation last year as prime minister.

On Monday morning, President Michel Aoun is due to hold binding consulations with MPs to go through the formal motions of picking the next prime minister, who must then form a government – a process which in the past has taken many months.

The consultations will begin with three of the four former prime ministers and Hariri’s Future Movement bloc, all of whom are set to nominate Adib, Lebanon’s ambassador to Germany. Most other major blocs, including Hezbollah, the Amal Movement and the Free Patriotic Movement, have indicated they will follow suit, easily giving Adib the largest share of votes.

A ‘gift’ for Macron

Adib’s designation will come on the eve of French President Emmanuel Macron’s second trip to Lebanon in under a month – a visit set to focus on the need for reform in order to unlock foreign support.

“A gift for Macron, got to love it,” Lebanon analyst Karim Makdisi said on Twitter.

In Beirut just a few days after the devastating explosion, Macron had proposed Lebanese leaders come to a new political understanding and warned failure to change could led to deep unrest.

Lebanon is drowning in the worst economic and financial crisis in decades, which has pushed more than half of the population under the poverty line and has left the currency worth only about 20 percent of what it was last summer.

The crisis is fuelled by decades of rampant corruption and mismanagement by the same political leaders who are due to nominate the next prime minister.

If picked, Adib’s government will have to resume stalled negotiations with the International Monetary Fund for a roughly $10bn programme – a key demand of International donors – and push through reforms to the electricity and the financial sectors that have previously been bogged down by disagreements between Lebanon’s sectarian leaders.

Diab had failed to make headway on this process because of high-level disagreements. And though the next government will be under heavy international pressure to push through reforms, few in Lebanon are inclined to believe Adib’s government will be much different – and some were quick in making parallels between him and Diab.

Like Diab, Adib is an academic, and is not well known among the public.

Adib has a PhD in law and political science and has taught at the state-funded Lebanese University since 2010.

Both have ties to former Prime Minister Najib Mikati, with Adib serving as an adviser to him since 2000, while Diab served as education minister in his cabinet.

Even Adib’s four-letter name is an acronym of Diab.

Coronavirus funding bill could be ready for Trump’s signature by Friday -U.S. Senator

WASHINGTON (Reuters) – U.S. Senator Patrick Leahy, the top Democrat on the Senate Appropriations Committee, said on Tuesday an emergency funding bill to fight the coronavirus could be completed and ready for President Donald Trump’s signature by Friday evening. Speaking to reporters with Leahy and other Democratic senators after a meeting with Vice President Mike […]

By Saeed Azhar and Davide Barbuscia DUBAI (Reuters) – Saudi Aramco shares hit a new low on Wednesday after Iran launched missiles against U.S. bases in Iraq, but Gulf debt markets were stable as some had feared stronger action in retaliation for the killing of an Iranian military commander. Saudi Aramco shares fell to as […]

Families of some who perished have written pointedly about the virus in remembrances. They tell of agonising final days. They plead for wearing of masks. When Kim Miller sat down in her Illinois house to compose her husband’s obituary, she could not hold back. Not about the coronavirus that had left Scott, her fit, healthy […]

ECB’s emergency scheme comes at right time, key to use all tools: Holzmann