The government’s Eat Out to Help Out discount ends on Monday, having been praised by many of the restaurants, cafes and pubs it was designed to help.

Many say the scheme – which gives diners 50% off, up to £10 – has successfully tempted more people to eat out again after lockdown was eased.

It has applied to sit-in meals and soft drinks, Monday to Wednesday in August, and can be used limitless times.

Research suggests trade on some days in the month was twice last year’s levels.

84,000 outlets signed up, with claims made for more than 64 million meals, according to the most recently released Treasury statistics. OpenTable data indicates there were 106% more seated diners last Tuesday than the same day in 2019.

But there are now calls for the scheme to be extended or return later in the year, amid fears the benefits will be short lived.

The boss of pub chain Greene King told the BBC that while some of its 3,100 locations had seen a huge boost to sales, city centre sites were still struggling, particularly in London. 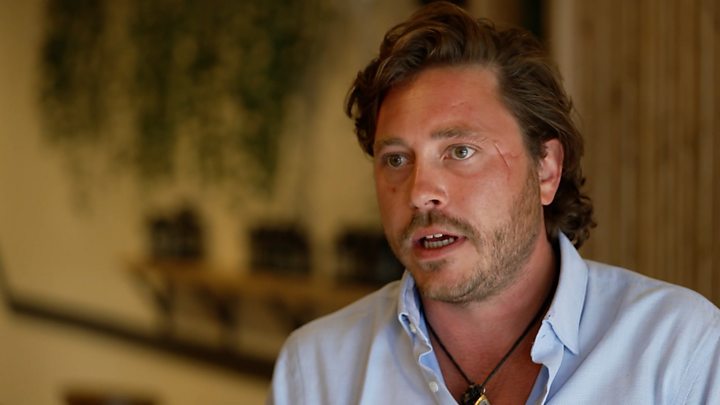 Andy Lennox runs the two Zim Braai restaurants in Bournemouth, which specialise in African food. He also founded The Wonky Table, a network of around five hundred hospitality firms in the area.

His business survived the lockdown by using the government’s emergency support schemes, including bounceback loans. Eat Out to Help Out has helped him recoup some of his losses.

“Trade’s record-breaking at the moment,” he told the BBC. “It is a false bubble so we’re not getting too excited, but Monday, Tuesday and Wednesday are up probably 100% [on last year]. The week’s up 50%. Thursday has pivoted – it’s the new Monday.”

Mr Lennox credits high numbers of tourists in Bournemouth this summer for some of the rise.

He does not mind trade being drawn away from the weekend, saying reduced capacity due to social distancing means he could not cope with bumper Saturdays. 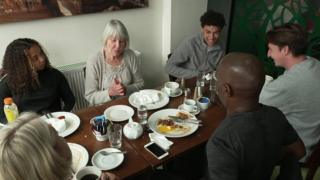 “We had to book the restaurants before we left home to get the availability, because it’s so popular,” added her mum, Michelle Sinyinza.

Joanne Botta, general manager of the Spyglass and Kettle – a Greene King pub – in nearby Southbourne, said some regulars were still wary about venturing out.

Nonetheless, there had been surge in evening bookings. “The challenge has been getting the ordering right and getting the team levels right, but it feels good to have our pubs packed.”

Research by food and drink consultancy CGA suggested that across the whole of the scheme’s third week, food sales were 15% higher than in the equivalent period in 2019.

It found sales were also growing between Thursday and Sunday, although sales on those four days remained well below last year.

However there is evidence that while places with high levels of visitors and tourists like Bournemouth saw a significant boost, other locations continued to struggle.

Nick MacKenzie, chief executive of Greene King, told the BBC that some of his sites continued to see low footfall.

“I’ve called for the government to think about maybe doing a similar scheme for city centres and for London. We need to get people back into cities particularly into central London.”

Some restaurants have committed to carrying on some form of discount for longer.

One of them is Comptoir Café and Wine in central London, which will continue offering a 50% discount on Mondays to Wednesdays in September, thanks to its landlord Grosvenor subsidising the deal.

Manager Sabrina Barreiros said her business still needs a boost after a dire July: “It will help us a lot with trade, and we’ll have people who are back to work in the offices as well.”

Mr Lennox in Bournemouth will continue to offer 25% off up to £5 in September. However he said there was anxiety among hospitality firms about the autumn, calling for the Eat Out to Help Out subsidy to be revived later in the year.

“Give September that breathing space, let the schools open. Then bring it back in October and November where predominantly it’s going to be the quietest part of the year. That’s where the biggest worry is.”

He said venues in his area faced a dilemma over hiring extra staff to cope with the huge demand in August, when it was unclear whether they’d have enough hours for those teams in the quiet months.

“The scheme reminded us why we as a nation love dining out and I urge diners to maintain the momentum to help continue our economic recovery,” he said.

The government doesn’t plan to extend the scheme, but a Treasury spokesperson said other support for hospitality goes beyond August. They highlighted the furlough scheme – which comes to an end in October – and the temporary VAT cut to 5%.

Angry parents are demanding their cash back from a specialist school holiday company. PGL hosts children at residential activity centres across the UK, but has had to cancel visits during the coronavirus lockdown. Parents are asking for their money back, but PGL – dubbed Parents Get Lost by children – has refused. Instead, the school […]

(Reuters) – U.S. stock index futures retreated on Tuesday as lawmakers geared up to debate a coronavirus relief deal to limit the economic damage from the pandemic, with investors also keeping an eye on quarterly earnings reports from Pfizer and McDonald’s. Senate Republicans announced on Monday a $1 trillion aid package hammered out with the […]

EU industry chief tells Facebook to adapt to EU, not other way round

Covid rules to be flouted by 40% of young people over Christmas, says survey

This is another News Portal > World News > Storm Iota weakens in Central America, but flooding and death toll rise