WASHINGTON (Reuters) – A solid year for progressive Democrats who have defeated at least three incumbents in the U.S. Congress in primaries could fizzle out this week in Massachusetts where three party stalwarts were set to fend off challengers. 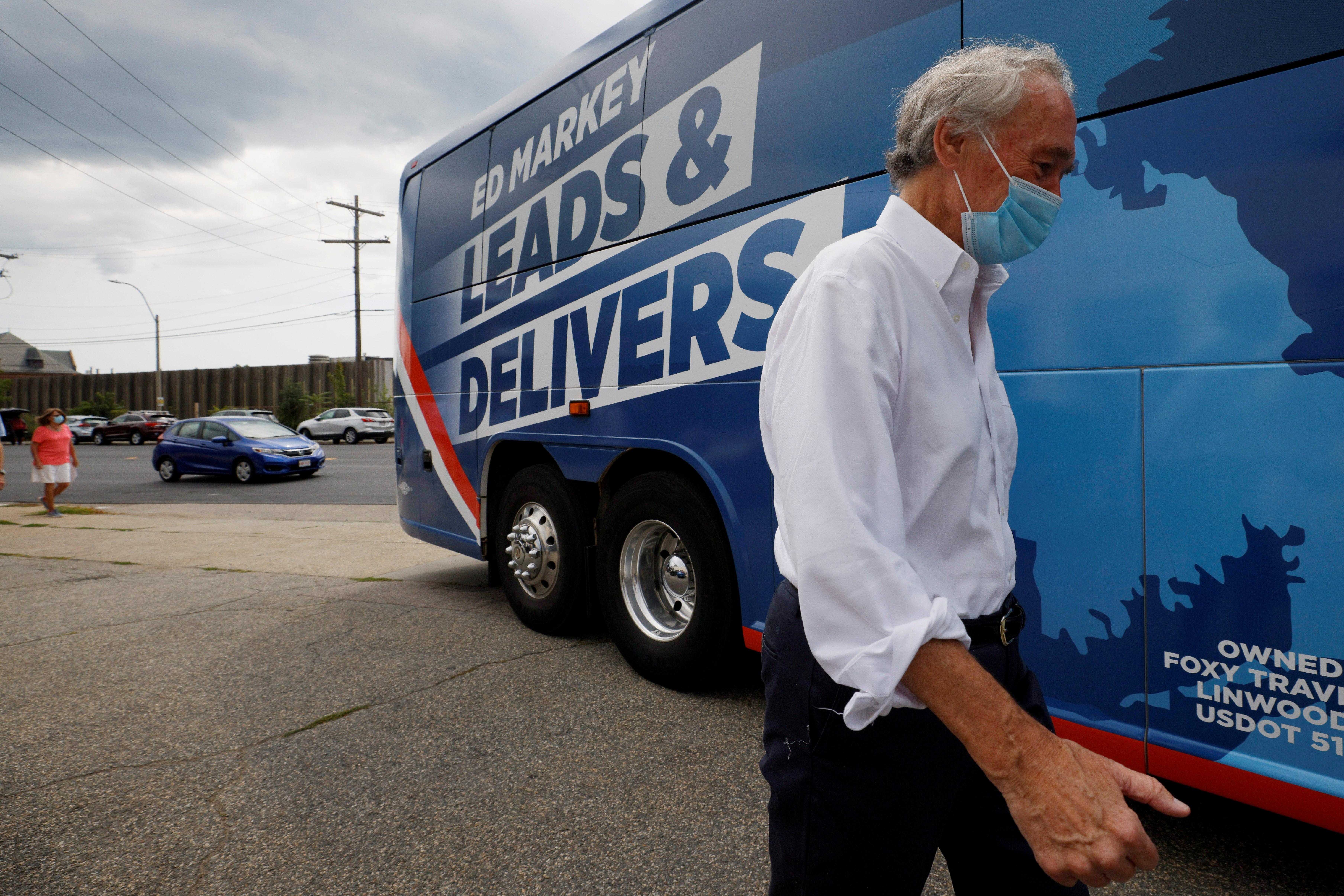 The progressive model for success has seen an array of mostly young candidates, sometimes minorities, toppling older establishment incumbents. But the most prominent race on Tuesday turns things upside down with an older, veteran lawmaker claiming the progressive mantle from his younger challenger.

Senator Ed Markey, 74, appeared to be holding off 39-year-old Representative Joe Kennedy III by touting the legislative battles he has waged over more than four decades in the House of Representatives and Senate on issues such as nuclear disarmament and climate change.

With the campaign slogan “it’s not your age — it’s the age of your ideas that’s important,” Markey has won the backing of Representative Alexandria Ocasio-Cortez, whose own upset primary victory in 2018 led her to become one of the most recognizable faces of the Democrats’ progressive wing.

Markey’s strong showing in polls belies the earlier success of young, aggressive Democratic challengers, some of them minorities, who rode worries over climate change and racial injustice to victory over older establishment lawmakers. A few Republican incumbents have fallen to similar challenges from the right. [L1N2FS239]

This crop of Democratic candidates took a page out of the right-wing “Tea Party” uprising a decade ago — albeit in smaller numbers.

“The larger dynamic is this: Insurgencies on the Democratic side in primaries come from the left,” said Jeffrey Berry, a Tufts University political science professor.

Berry noted that it is Markey who has effectively managed to claim that spot, thus positioning his opponent — the grandson of assassinated U.S. Senator Robert F. Kennedy — as the establishment candidate, even though the men are “two ideological peas in the same pod.”

Political observers on Tuesday will also be watching the fates of two long-time House Democrats from Massachusetts.

Representative Richard Neal, chairman of the powerful Ways and Means tax-writing committee, is being challenged by Holyoke Mayor Alex Morse, and physician Robbie Goldstein is attempting to topple Representative Stephen Lynch. Both challengers appeared to have uphill fights.

Even in defeat, some of this year’s crop of Democratic insurgents proved tenacious.

Initial results of a late June race in New York showed a too-close-to-call contest between Representative Carolyn Maloney and challenger Suraj Patel. Maloney held off declaring victory until early August and Patel didn’t concede until Thursday — more than two months after the vote.

Patel vowed to work with other progressives, saying in his concession statement: “Dozens of offices are up at the local level in 2021 – for anyone considering a run for office, my team and I stand ready to help you challenge the status quo.”

BBC TV licence fee for over 75s branded a ‘scandal’ by Anderson BBC bosses have been accused of “massaging” figures over how many over-75s are paying for TV licences. Silver Voices, which campaigned against the £157.50 charge on older pensioners, claims difficult customers are being “bought off” with a free licence, despite not being eligible. Group […]

Deputy PM Thérèse Coffey grilled on Liz Truss' cabinet We use your sign-up to provide content in ways you’ve consented to and to improve our understanding of you. This may include adverts from us and 3rd parties based on our understanding. You can unsubscribe at any time. More info Johnny Mercer’s spouse said the “system […]

After the Riot, What’s the Future of Art in the Capitol?

In the culture wars that spilled over during President Donald Trump’s time in office, the most visible flash point was whether to preserve or destroy monuments depicting figures from America’s racist history. The former president even went so far as to veto a military spending bill because it included a provision to rename bases commemorating […]

China blows top: Beijing lashes out at US with wave of brutal sanctions