ABUJA (Reuters) – Mali’s West African neighbours on Friday told the military junta which seized control 10 days ago that it must transfer power to a civilian-led transitional government immediately and hold elections within a year. 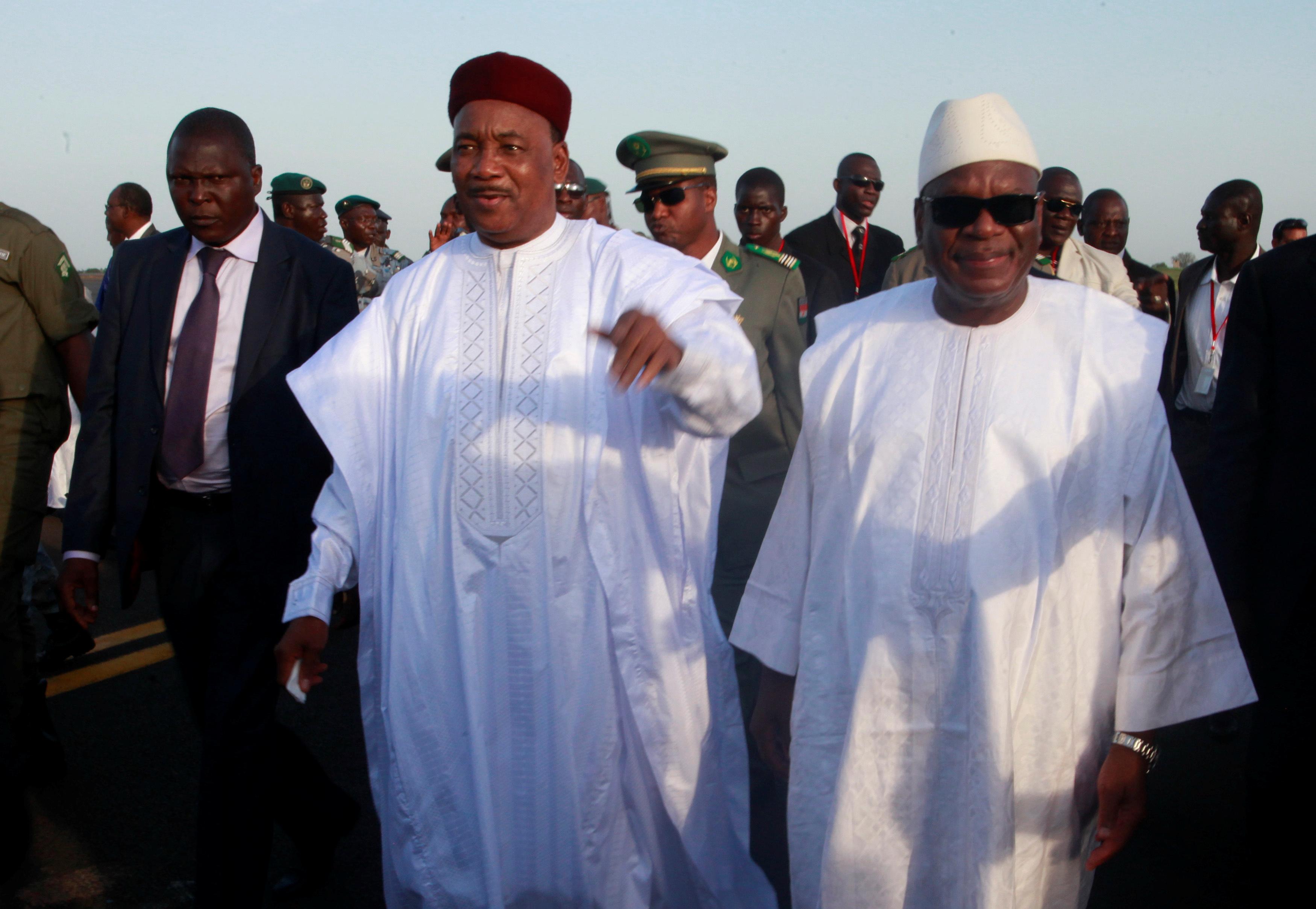 In exchange, the Economic Community of West African States (ECOWAS) committed to gradually lifting sanctions as the coup leaders complied with its demands, the bloc’s chairman said.

ECOWAS suspended Mali from its institutions, shut borders and halted financial flows with the country following the overthrow of President Ibrahim Boubacar Keita on Aug. 18.

On Friday, the 15-member grouping reinforced its a hard line because of concerns about prolonged instability in Mali and its potential to undermine the fight against Islamist militants there and in the wider Sahel region.

It outlined four main points it wanted to see progress on before sanctions could be gradually lifted.

Niger President Mahamadou Issoufou, who currently chairs ECOWAS, said Mali’s transitional president and prime minister must be civilians, and would be banned from running in the next legislative and presidential elections.

“No military structure should be above the transitional president,” Issoufou said.

It also asked for the quick establishment of a government that will tackle the various challenges Mali is facing, and in particular, to prepare for legislative and presidential elections within 12 months.

A spokesman for the junta, Djibrila Maiga, said its leaders were still studying the bloc’s decisions.

Mali’s opposition coalition, the M5-RFP, which held several demonstrations calling for Keita to resign before the coup, said it would examine the ECOWAS decision before making a statement.

The junta leaders said after taking power that they acted because the country was sinking into chaos, insecurity and corruption, blaming poor leadership.

The soldiers behind the coup are anxious to get the sanctions lifted and, as a gesture of goodwill, released Keita on Thursday and allowed him to return home.

They also cut their proposed duration of a transition to democracy to two years from three.

Two diplomats who attended the conference said there was room for the transition to be extended for a couple of months beyond the ECOWAS deadline.

Regional leaders are scheduled to meet again on Sept. 7 in Niger’s capital Niamey, where they will take stock of the situation in Mali and take other measures, if necessary, Issoufou said.

Mali has struggled to regain stability since a Tuareg uprising in 2012 was hijacked by Islamist militants.

A French intervention drove back the insurgents but since 2018, the country has seen a sharp increase in violence and insecurity that has driven more than half a million people from their homes.

Anne Kearns’ home in Scranton, Pa., may be on its way to becoming a national landmark. Kearns raised a family in her gray colonial house on North Washington Avenue in the city’s Green Ridge neighbourhood, living in it for close to 60 years. But the name of the previous family to live there may have […]

Australia will aim for net zero carbon emissions by 2050 but will not pass legislation about the goal. Prime Minister Scott Morrison said the government would instead rely on consumers and companies to push towards emission reductions. Australia had so far refused to join countries such as the UK and US in pledging to achieve […]

Green protesters step up pressure on Siemens over coal mine project