Mass evacuations have been ordered ahead of the arrival of the storm which the National Weather Service (NWS) warned will bring “life-threatening” conditions. Flooding and winds of up to 100mph are predicted when Laura makes landfall in southern states as more than half a million residents of Texas and Louisiana have been told to flee their homes.

Officials in Texas have urged people to stay with family or hunker down in hotel rooms in a bid to reduce their contact with others, according to a report by the Associated Press.

It is feared the mass exodus could cause COVID-19 cases to surge.

“Just because a hurricane is coming to Texas does not mean COVID-19 either has or is going to leave Texas. 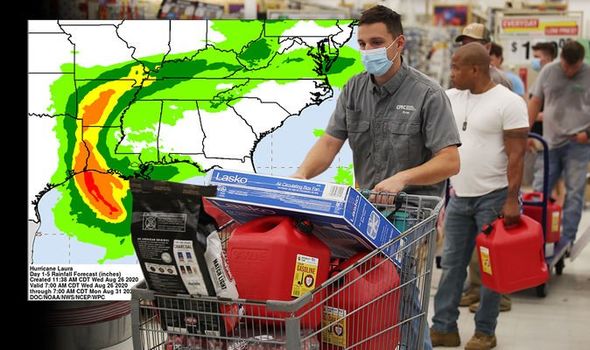 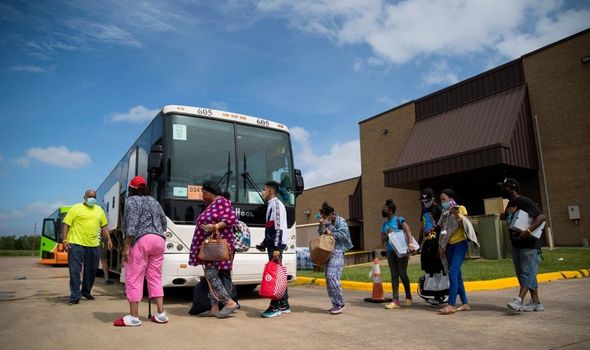 “COVID-19 is going to be in Texas throughout the course of the hurricane.”

He said authorities are “fully aware” of the situation.

In its latest advisory, the NWS warned Hurricane Laura was “rapidly intensifying” and said it is expected to hit eastern Texas and Louisiana in the early hours of Thursday.

The weather service said: “As Laura moves across the country, heavy rainfall will occur from the Gulf Coast, to the Mississippi Valley, and east into the Ohio Valley. 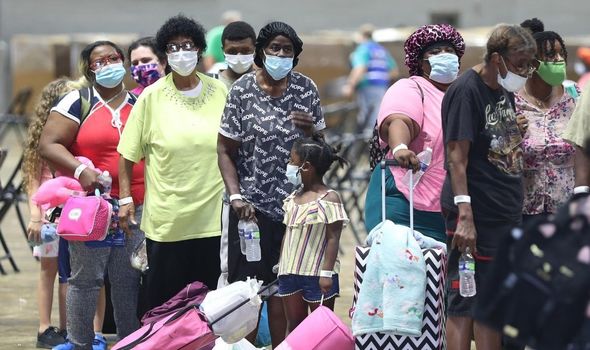 “Flooding and flash flooding is likely.”

The evacuation clogged highways in Texas and Louisiana on Wednesday.

COVID-19 precautions have slowed public transportation for evacuees who needed it and complicated temporary housing arrangements.

Warnings for an “unsurvivable storm surge” and “catastrophic damage” led officials in each state to call for residents to flee inland. 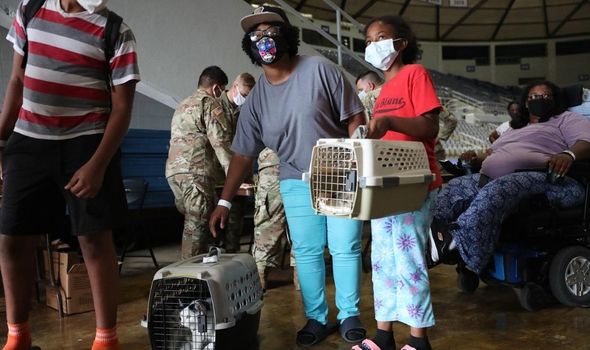 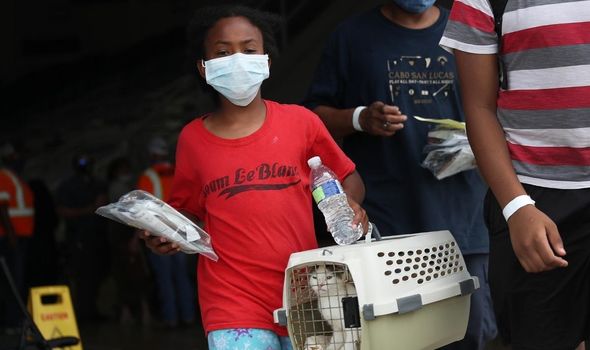 People who do not have a car and are forced to use public transport had their temperature taken before boarding buses.

Officials in both states assigned far-flung hotels to evacuees to avoid large groups at shelters.

In Galveston County, Texas, which ordered a mandatory evacuation of low-lying areas on Tuesday, buses brought residents inland, but capped the number on each at 15 to 20 people due to the pandemic, said county official Zach Davidson.

Ambulances were called for anyone who was diagnosed with coronavirus.

Mr Davidson said: “We have stressed to people, when you’re building your hurricane kit, put on a mask, hand sanitizer, gloves.”

One intake centre in Austin was overwhelmed with requests for housing overnight. 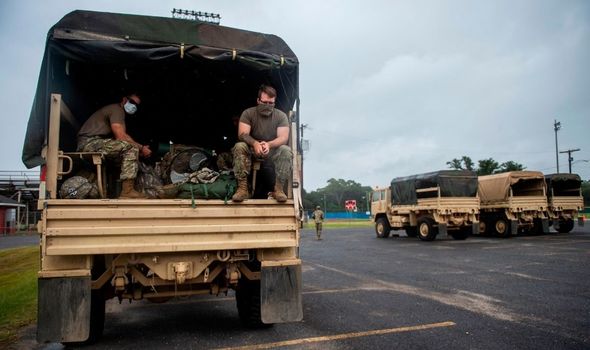 This led Texas state officials to direct those fleeing the storm to hotels in Dallas and elsewhere.

Veronica Carresco brought antiseptics with her on her evacuation journey.

She said: “We’re just being cautious. Masks, Lysol, hand sanitiser – we’re doing all of it.”

(Reuters) – Coty Inc on Friday named Jimmy Choo boss Pierre Denis as its next chief executive officer, replacing Pierre Laubies, betting on deep luxury fashion sector experience as the company tries to turnaround sales of its core hair care and cosmetics products. Denis has been the head of Jimmy Choo since 2012. He was […]

By Ross Kerber, Sinead Cruise and Simon Jessop BOSTON/LONDON (Reuters) – Pressure on BlackRock Inc’s record on climate issues may be having an effect as the world’s largest asset manager weighs firming up its interactions with portfolio companies. The New York-based asset manager has stressed the importance of the societal issues known as ESG, like […]

While Sunday is expected to bring an improvement to the weather for many parts of the UK compared to Saturday, thunder and downpours remain in the forecast. Later in the week, the Met Office told Express.co.uk it is currently monitoring a potential low pressure system over the Atlantic. If the system does form, it could bring strong […]

JetBlue to become carbon neutral in 2020