Typhoon Bavi formed in the Pacific Ocean last week, before growing in strength to reach wind speeds of 97mph, with forecasters closely watching the system’s track. Now meteorologists are predicting Bavi will track across the Korean peninsula this coming week, bringing devastating winds and torrential rain to both North and South Korea.

Typhoon Bavi is expected to track across the Yellow Sea over the next few days, with WXCharts confirming landfall is possible for North Korea around the middle of next week.

The exact forecast track is not certain, as another weather system tracking through China may influence its direction.

AccuWeather Meteorologist Courtney Travis said: “The track of the tropical system will be heavily influenced by a front moving through northeastern China into southeastern Russia.

“Should the front stay farther north, the tropical system could be pulled northward into the Korean Peninsula. 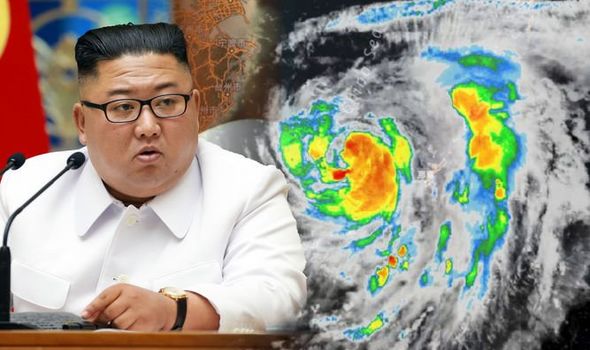 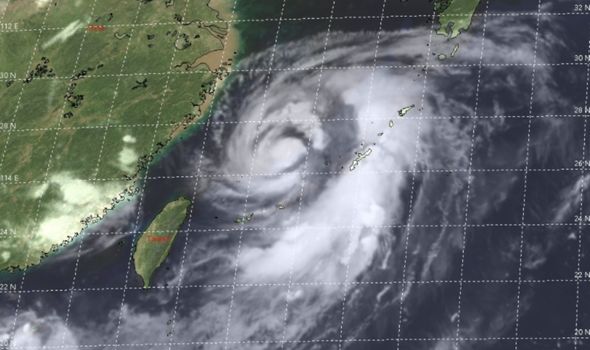 “If the front stalls over the Korean Peninsula, it is more likely to steer eastward into Japan.”

Satellite images show the churning mass of winds which make up the typhoon.

Bavi has tracked east-northeastward at a rate of 9.2 mph over the past six hours. 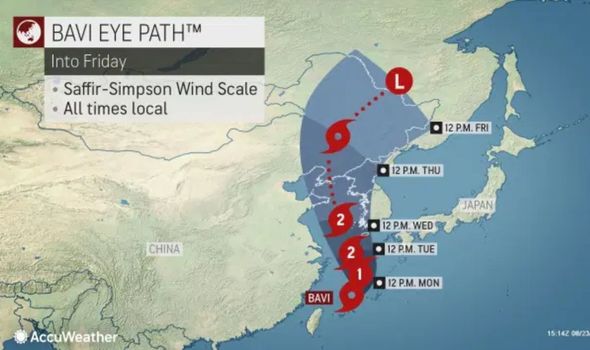 As Bavi continues to track north during the middle of this coming week, forecasters are predicting heavy rain and strong winds will impact South Korea and western Japan by Wednesday or Wednesday night.

Meteorologists predict Bavi will continue to be a dangerous storm upon landfall and has the potential to bring widespread and significant impacts.

The Korean Peninsula is no stranger to typhoons, with Hagupuit impacting North and South Korea earlier this month.

The dangerous typhoon warnings come as North Korea’s leader Kim Jong-un faces another round of speculation as to his health and whereabouts.

Claims the North Korean dictator is in a coma have surfaced, which “could spell disaster for the country”.

A former aide to South Korea’s late president Kim Dae-jung has claimed the leader is extremely unwell days after he handed over some powers to his younger sister.

Chang Song-min told South Korean media: “I assess him to be in a coma, but his life has not ended. 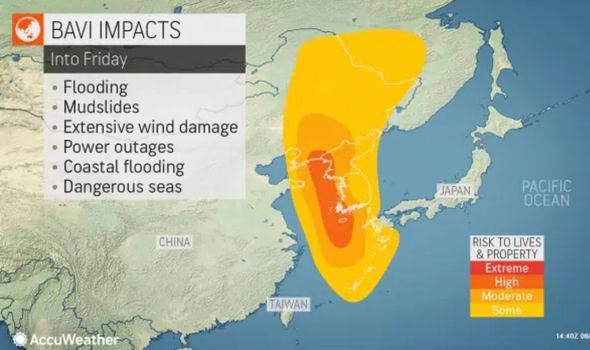 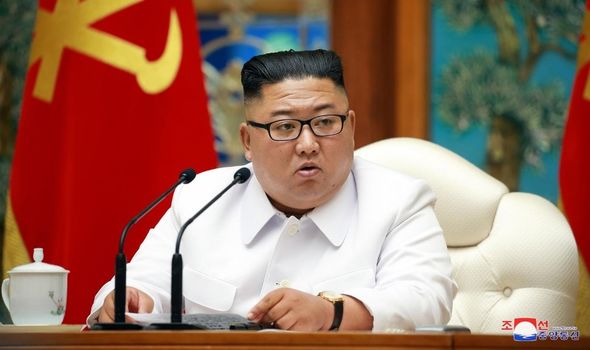 “A complete succession structure has not been formed, so Kim Yo-jong is being brought to the fore as the vacuum cannot be maintained for a prolonged period.”

However, he will gradually delegate his authority to sister Kim Yo-jong “to ease stress”.

Earlier this year speculation as to Kim’s health grew as he missed state events – and he has only been seen a handful of times which added to fears of his ill health or even death.

One widely circulated theory was that a heart operation to fit a stent had left him desperately ill or even killed him.

Despite this, fears were alleviated when he appeared at the opening ceremony of a fertiliser factory in Suchon in May.

North Korea has long been one of the most secretive countries, and since 1948 has been ruled by three men from the Kim family.

By Andrea Shalal WASHINGTON (Reuters) – Somalia’s 2-million strong diaspora has a huge role to play as the Horn of Africa country rebuilds its economy and resets ties with major international institutions after three decades as a “failed state,” Somalia’s finance minister said. Long saddled with $5.3 billion in debt, Somalia is in the process […]

Opinion | What’s Keeping Biden’s Chief of Staff Up at Night?