BERLIN (Reuters) – Gravely ill Kremlin critic Alexei Navalny was evacuated to Germany for medical treatment on Saturday, flown out of the Siberian city of Omsk in an ambulance aircraft and taken to a hospital in Berlin. 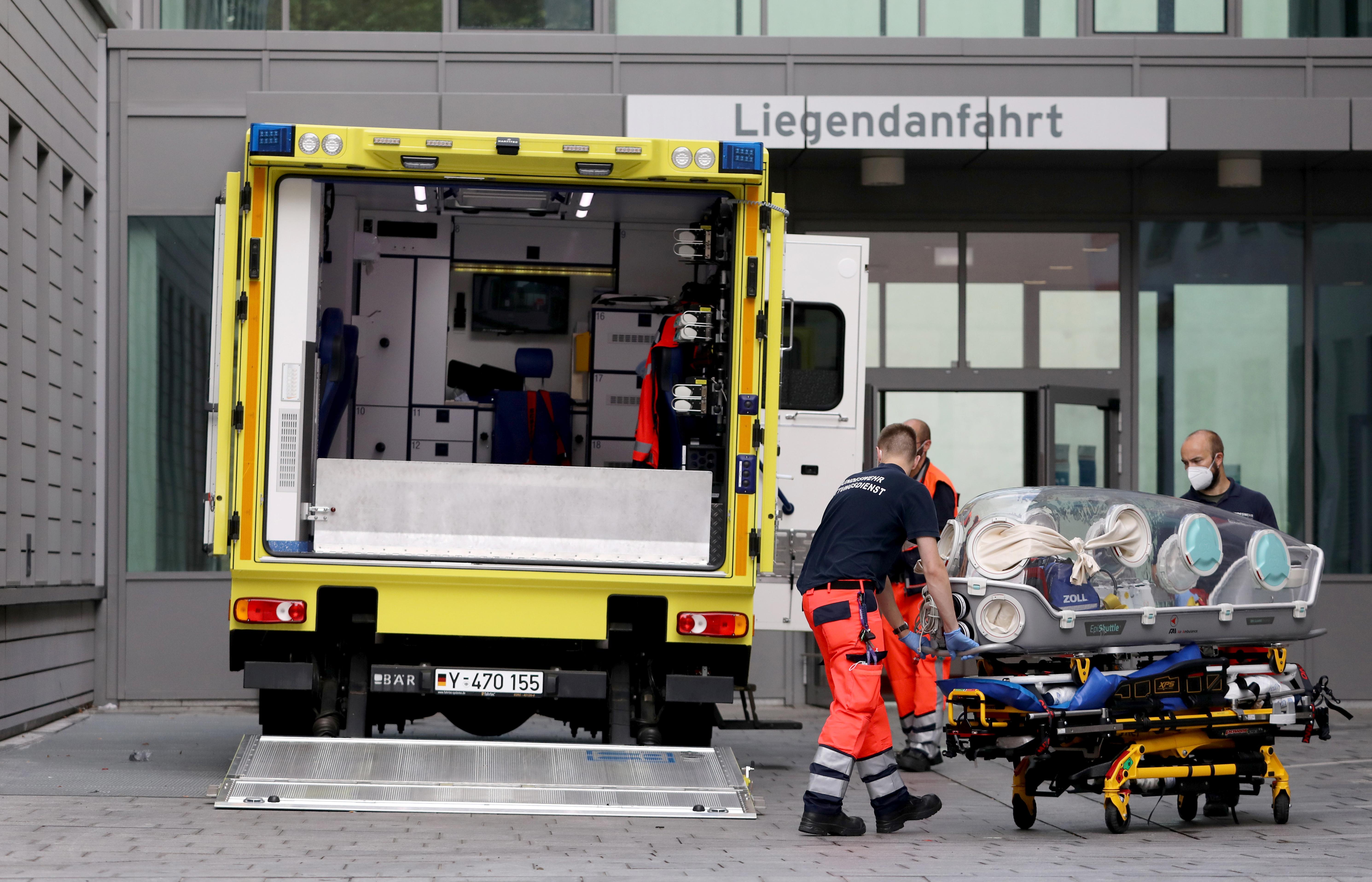 A long-time opponent of President Vladimir Putin and campaigner against corruption, Navalny collapsed on a plane on Thursday after drinking tea that his allies believe was laced with poison.

The air ambulance landed on Saturday morning at Berlin’s Tegel airport and Navalny, 44, was rushed in a convoy of ambulance and police cars to the city’s Charite hospital complex.

The hospital said in a statement it would provide an update about his condition and further treatment once tests have been completed and after consulting with his family, adding this could take some time.

Medical staff at the Omsk hospital said on Friday evening, before Navalny was flown out, that he was in an induced coma and his life was not in immediate danger.

German doctors flew to Omsk on Friday to evacuate Navalny at the request of his wife and allies who said that the hospital treating him was badly equipped.

“The flight carrying Alexei Navalny has arrived in Berlin… He is in stable condition,” the Cinema for Peace Foundation, which sent the air ambulance to pick up Navalny, said in a statement.

Cinema for Peace said Navalny’s family would issue a statement in the coming days after finding out more about his condition.

Kira Yarmysh, Navalny’s spokeswoman, said the opposition politician’s wife Yulia was on board the evacuation flight.

Two years ago, Pyotr Verzilov, another anti-Kremlin activist and a member of the Pussy Riot art collective, was treated at the Charite hospital after he was poisoned in Moscow.

“The condition of Navalny during the flight and after landing is stable,” Slovenian-born activist and filmmaker Jaka Bizilj, the founder of Cinema for Peace, told Bild.

Navalny’s allies have said they feared authorities in Russia might try to cover up clues as to how he fell ill.

Navalny has been a thorn in the Kremlin’s side for more than a decade, exposing what he says is high-level graft and mobilising crowds of young protesters. 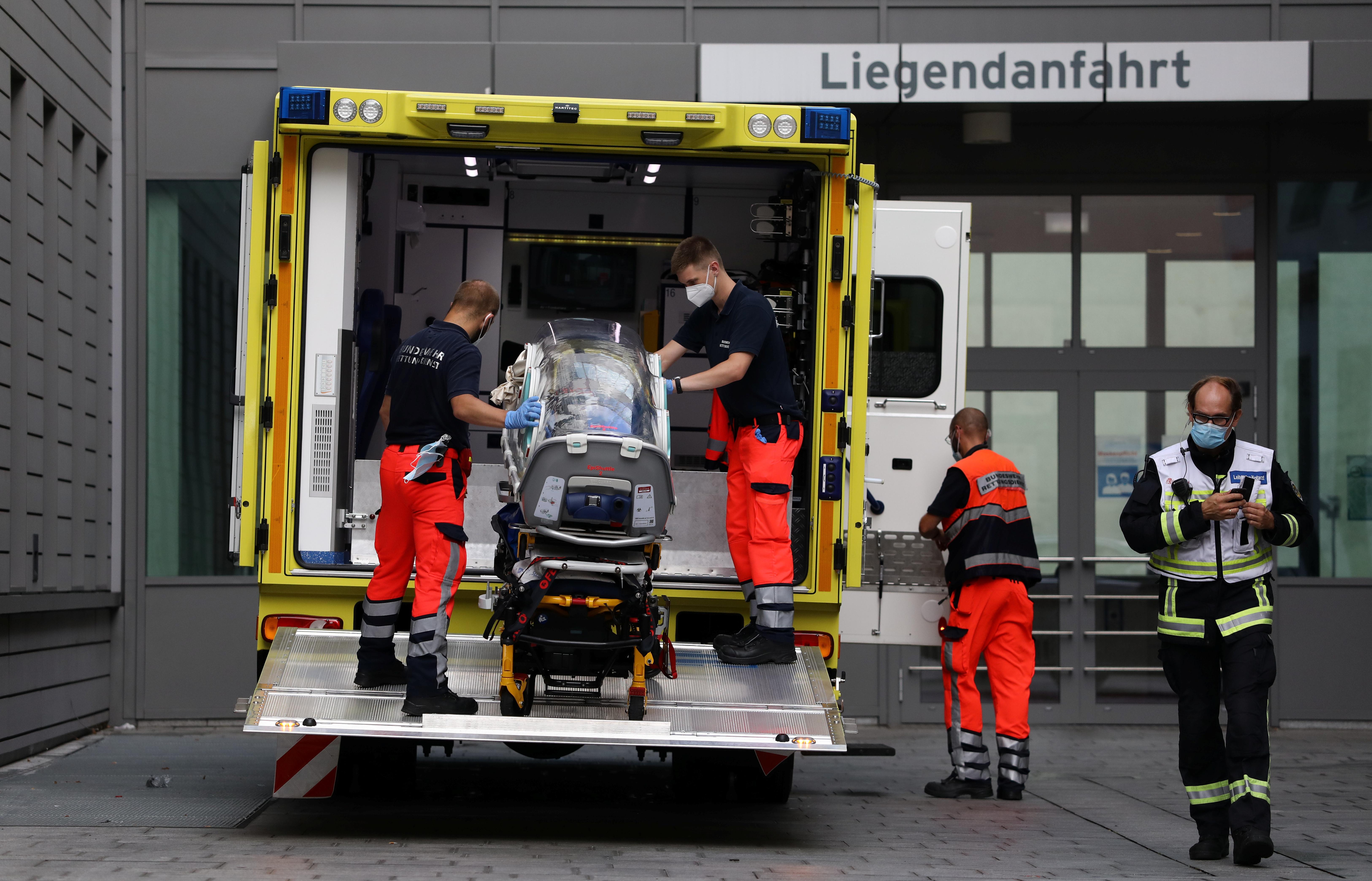 Medical staff at the Omsk hospital initially said on Friday that Navalny’s condition had improved slightly overnight but he was in too unstable a state to be safely transported out of the country.

They later said they had no objections after the German doctors deemed him fit for travel.

Navalny’s wife sent a letter to the Kremlin directly appealing for it to intervene and grant permission for him to be allowed to be flown out.

Explainer: Why the fight over witnesses looms large in Trump’s trial

By Jan Wolfe WASHINGTON (Reuters) – The impeachment trial of U.S. President Donald Trump is nearing a pivotal vote on whether to hear from witnesses requested by Senate Democrats arguing for his removal from office. Whatever happens, Trump is unlikely to be removed because his Republican Party has a 53-47 majority in the Senate, and […]

By Lisa Lambert WASHINGTON (Reuters) – The U.S. unemployment rate will shoot past 10% in the second quarter and the growth rate of gross domestic product will decline by more than 7% as the coronavirus crisis grips the U.S. economy, according to projections released by the Congressional Budget Office (CBO) on Thursday. Interest rates on […]

By Karen Brettell (Reuters) – The recent liquidity crisis in the $17 trillion U.S. Treasury market has exposed structural problems that are unlikely to be fixed any time soon, which could lead to new bouts of volatility and make it more costly for the U.S. government to sell bonds. The bond market all but broke […]

‘Shot across the bow’: U.S. steps up pressure on UK ahead of Huawei decision

This is another News Portal > World News > ‘Shot across the bow’: U.S. steps up pressure on UK ahead of Huawei decision