Grant Shapps urged Britons to make travel plans “with their eyes open” this summer with the Government unable to rule out further rule changes at short notice. He spoke out as many more trippers were threatened with 14 days of isolation on return to the UK after Croatia, Austria and Trinidad and Tobago were removed from the list of safe travel countries on Thursday. Others were making plans for a bank holiday break in Portugal, which was put back on the official “travel corridor” roster at the same time.

In a series of media interviews yesterday, the Transport Secretary signalled that the warning list will continue to alter in line with new threats of coronavirus surges around the world.

“Regardless of where you’re going, having been caught out on this myself, everybody will be travelling with their eyes open this summer because this virus is incredibly unpredictable, and all the more so in the countries where we don’t have any control with the way that the response is being handled,” said Mr Shapps, who observed a 14-day quarantine after returning from a family holiday to Spain.

“So people should always, I think, be prepared, if they’re going away to think about what would happen if a country then did require quarantine on return.”

Mr Shapps said the possibility of introducing coronavirus tests at airports for travellers arriving in the UK was “under active review”.

The Transport Secretary said he had discussed the issue with Heathrow Airport chief executive John Holland-Kaye earlier this week.

“We’re working closely with him and other airports on potential measures.” 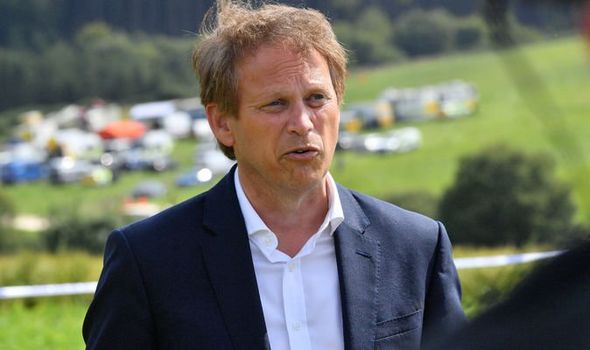 But the Cabinet minister said suggestions that airport testing could halve an individual’s quarantine time were not necessarily true.

He added: “We do review these things constantly and every month we review the month that we’re taking to quarantining, so these things are under active review.

“It’s just that I don’t want to sort of bottle false hope by saying it’s just as simple as test at the airport.

“I often hear this: ‘Why you don’t you just test at the airport, be done with it?’ The answer is because it won’t tell you what you need to know.”

Mr Shapps added that testing at airports would not work “on its own” and that airport bosses “accept that as well”.

The Transport Secretary said: “I want to see systems in place to do that kind of thing. But you’ve also got to be sure that you’re testing the right person on that second time round because are you going to just send the kit to the house or are you going to require the person to perhaps drive to a test centre?

“So the point I’m making is this, it’s a bit more complicated than is sometimes suggested. People say why don’t you just test at the airport? Well, because it wouldn’t provide the results and you’ve then got to make sure the second test goes to the right person. 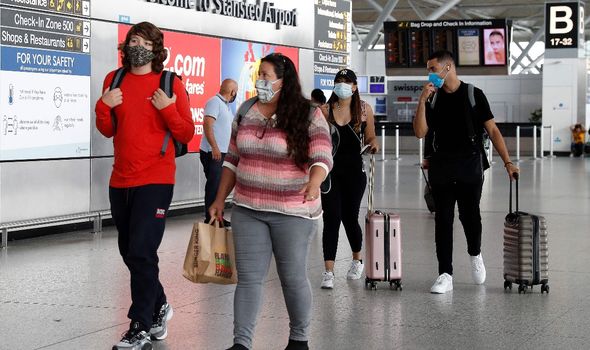 “So all of those things are matters under consideration, but as I say, the main thing to know if you’re travelling this summer, and we just put Portugal on the travel corridor list for the first time, but everyone travelling there or elsewhere will need to know that this virus may change things very quickly.

“With the best will in the world, you may end up having to quarantine.”

He added: “I’d said we’d keep reviewing it, and we do. So we have a review point once a month on this and we are reviewing it and we are working with, for example, Heathrow.”

He added that it was unlikely that Spain and France will be re-installed to the Government’s safe travel corridor list anytime soon.

“At the moment I’m afraid France and Spain have both been going the wrong way.

“So just to put numbers on this, we respond when there are about 20 cases per 100,000 of the population measured over a seven-day rolling average. So 20 is the figure to bear in mind.”

He added: “I think that the last that I saw of Spain it was up in the 40s and 50s so a long way off that, and France, who… quarantined from last weekend, I’m afraid to say we were right to do that because we’ve seen the cases continue to carry on up in France as well.

“And in order to put a country back in to the travel corridor, what we say is it needs to stay below that number for a couple of cycles. So a cycle is two weeks long for coronavirus,” he said.

Mr Shapps’ Tory colleague Rehman Chisti appeared to be caught out by the quarantine order for travellers to Croatia yesterday.

The MP posted pictures of himself on holiday in the Balkan country on social media.

He posted: “Thank you Croatia for some wonderful time out to reflect and to work on a book about my home town of Gillingham and Rainham.”

‘We are getting on!’ Boris Johnson in fiery PMQs slap down of Rayner over ‘scare stories’

We will use your email address only for sending you newsletters. Please see our Privacy Notice for details of your data protection rights. The Labour deputy leader accused the Prime Minister of prioritising grouse shooting in the Government’s latest COVID meeting over increasing coronavirus testing capacities in the UK. But Boris Johnson, who pointed out […]

Big Oil may have to break dividend taboo as debt spirals: investors

This is another News Portal > World News > Mexico’s economy to shrink 7.6% this year: UBS