Passengers will be hit by a 1.6 percent rise in season ticket prices from January unless the government steps in. The cap on the annual rise in most regulated fares is pegged to the July’s inflation rate. Critics warned the increase will force more people into cars and push them into continuing to work from home despite government efforts to encourage workers back to the office.

The government is understood to be considering delaying the 2021 rise due to low passenger numbers.

But watchdog Transport Focus has called for a fare freeze and changes to ticketing following the collapse in demand caused by the coronavirus pandemic.

Chief executive Anthony Smith said a system that fits “the way we live and travel now” is needed, including flexible season tickets, carnet-style tickets and “better value for money fares across the board”.

Darren Shirley, chief executive of the Campaign for Better Transport, said: “The rail fare rise will do nothing to restore people’s faith in the railways.

“The Government must do more than just pay lip service to encouraging people to take public transport, it must now also provide the financial incentives to do so.”

The annual rise in most regulated fares is linked to the previous July’s Retail Prices Index (RPI) measure of inflation, which was announced yesterday by the Office for National Statistics. 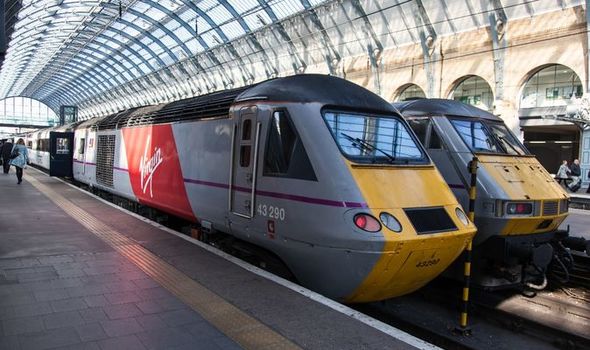 Unregulated fares, including advance and peak long-distance tickets, can be increased at the discretion of train companies.

Department for Transport figures show car use has nearly returned to pre-pandemic levels, but rail travel is below a third of what it was before the crisis despite lockdown restrictions easing.

Taxpayers already face a £3.5 billion bill for propping up train companies during the crisis.

Conservative Huw Merriman, chairman of the Commons Transport select Committee, said the system needs to be reformed to be made to deal with the change in commuter working patterns.

“They will probably come back for three days a week, and for years we’ve been trying to push this idea of having a three-day season ticket, so that it makes it more flexible,” he said.

Industry body the Rail Delivery Group said it is working with the Government to offer flexible season tickets and wants regulations to be updated “so that we can build an easier-to-use, better-value fares system”.

Rail Minister Chris Heaton-Harris said: “We expect any rail fare rise to be the lowest in four years come January and any increase will go straight to ensuring crucial investment in our railways.

“Taxpayers have been very generous in their support to keep trains running throughout the coronavirus pandemic and whilst it’s only fair that passengers also contribute to maintaining and improving the services they use, a lower rise will help ensure the system returns to strength.”

Andrew Marr: Expert on Keir Starmer's struggle in polls When you subscribe we will use the information you provide to send you these newsletters.Sometimes they’ll include recommendations for other related newsletters or services we offer.Our Privacy Notice explains more about how we use your data, and your rights.You can unsubscribe at any time. The Holborn […]

OPINION: Not far into the term of the last Government, one of Jacinda Ardern’s press secretaries mistakenly left a wad of paper in the Herald’s press gallery office. It was talking points for Kelvin Davis for a round of media appearances the next morning that Ardern would normally have done but couldn’t. She had delegated […]