(Reuters) – Greenland’s ice sheet lost a record amount of mass last year, according to a study published on Thursday, a finding that could prompt scientists to redefine their worst-case scenario as they assess the effects of climate change. 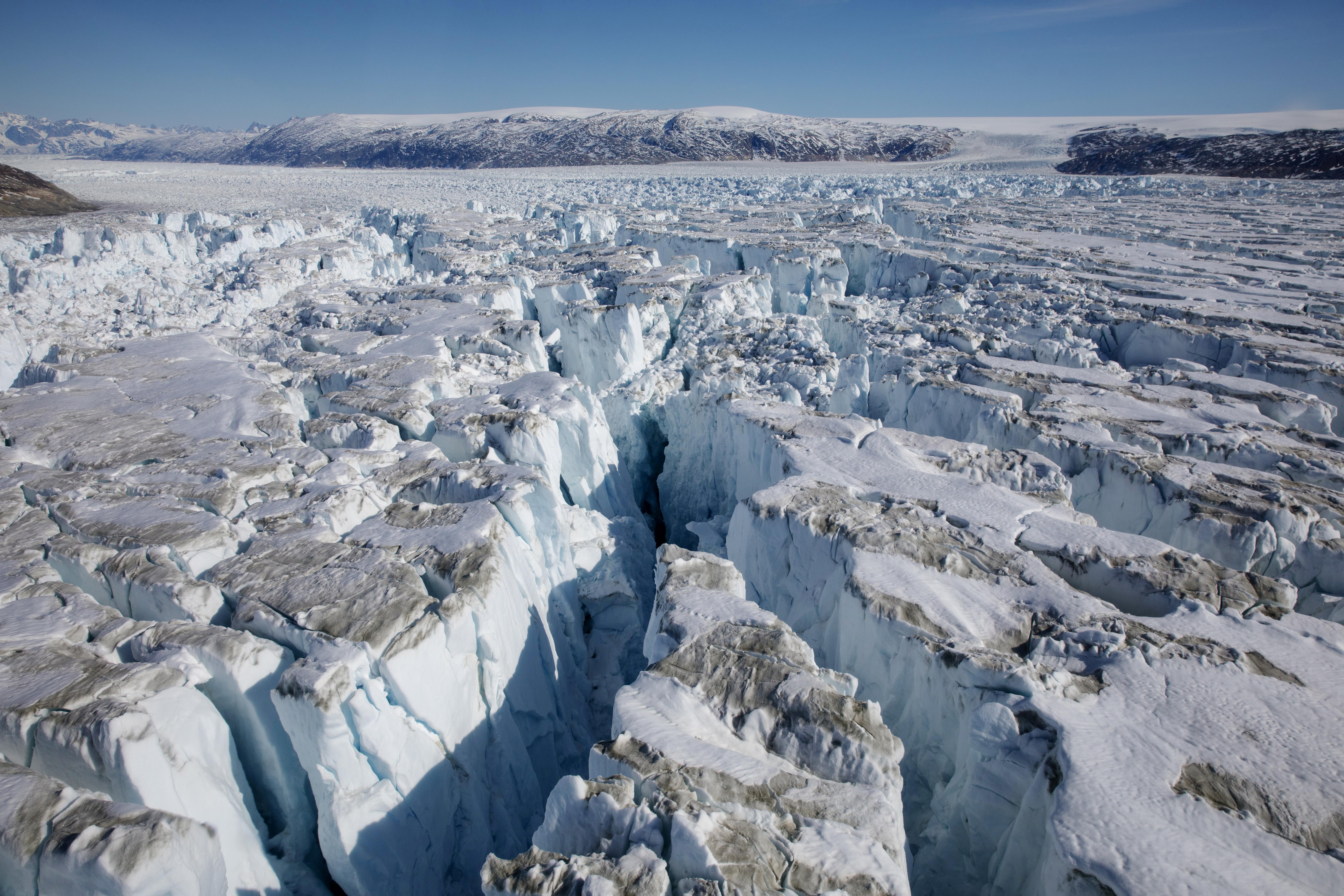 The rate of ice loss had slowed for a two-year period amid cooler summers and higher snowfall in western Greenland through 2018. But last year, as warm air flowed northward from lower latitudes, the frozen island experienced a record loss in its ice mass, geoscientist and glaciologist Ingo Sasgen of the Alfred Wegener Institute in Germany said.

Greenland’s ice melt is of particular concern, as the ancient ice sheet holds enough water to raise sea levels by at least 20 feet (6 meters) if it were to melt away entirely.

The study adds to evidence that Greenland’s icy bulk is melting more quickly than anticipated amid climate warming. Another study last week indicated the island was no longer getting enough annual snowfall to replace ice lost to melting and calving at the glaciers’ edges.

“We are likely on the path of accelerated sea level rise,” Sasgen told Reuters. “More melting of the ice sheet is not compensated by periods when we have extreme snowfall.”

The study, published in the journal Communications Earth & Environment, used data collected by satellites to the gravitational force of the ice mass, which scientists can use to calculate how much snow and ice is locked within.

Other research has shown the melting is being helped by water pooling atop the ice and at meltwater streaming between the ice sheet and the bedrock beneath.

These studies are helping scientists refine their projections of how climate change will impact the Arctic, and how quickly. Sasgen compared the sobering process to getting difficult news from a doctor.

But the studies offer insight into “where the problem is, and you also know to some extent what the treatment is,” Sasgen added.

“It is hard to tell if these (weather) patterns will be the new normal, and which pattern will occur with which frequency,” Sasgen said.

The Arctic already has been warming at least twice as quickly as the rest of the world for the past 30 years, as the amount of greenhouse gases accumulated in the atmosphere continues to rise. That warming has also affected the Arctic sea ice, which shrank to its lowest extent this July in 40 years of record keeping.

In terms of Greenland’s fate, “I would argue that we’ve been in a new normal for the past couple decades of accelerating mass loss,” said Laura Andrews, a glaciologist at the NASA Goddard Space Flight Center not involved in the new study. “Greenland is going to continue to lose mass.”

If the rate of ice loss experienced in 2019 were to continue, the annual impact on sea levels could cause increasing coastal flooding that affects up to 30 million more people each year by the end of the century, said Andrew Shepherd, a polar scientist at University of Leeds who specializes in ice sheet observation. Shepherd was not involved in the new research.

The new findings underline that “we need to prepare for an extra 10 centimeters (4 inches) of global sea level rise by 2100 from Greenland alone,” Shepherd said. “We have to invent a new worst-case climate warming scenario, because Greenland is already tracking the current one.”

AMSTERDAM (Reuters) – The coronavirus outbreak is likely to have a bigger effect on the world economy than the outbreak of Severe Acute Respiratory Syndrome (SARS) some 20 years ago, European Central Bank governing council member Klaas Knot said on Thursday. “Although it is still too early to accurately measure the impact of this pandemic, […]

This is the shocking moment a dad-of-eight deliberately drove into the front of his family’s home after an argument over clothes. Paul Palmer had split with the mother of his children when the rampage took place on September 12. Newcastle Crown Court heard there had been a disagreement over some clothes that he had left […]

This is another News Portal > World News > Brazil to grow twice as fast in 2020 vs 2019: Economy Minister Guedes