Police are hunting the criminals responsible for mutilating live horses and stealing their body parts and organs. At least 15 attacks have been reported in the country since the start of the year, with the most recent incident occurring on Monday.

It is not yet known why the perpetrators are targeting the animals, though suggestions have been made that the attacks or part of a sadistic ritual or online challenge.

The majority of the horrific attacks have taken place in the French countryside near Lyon.

On Monday a horse, which had previously died of natural causes, was found with its nose, ear, and one eye removed in the Jura region.

Police have opened an investigation for “theft and concealment of animal organs” in an attempt to identify the perpetrators. 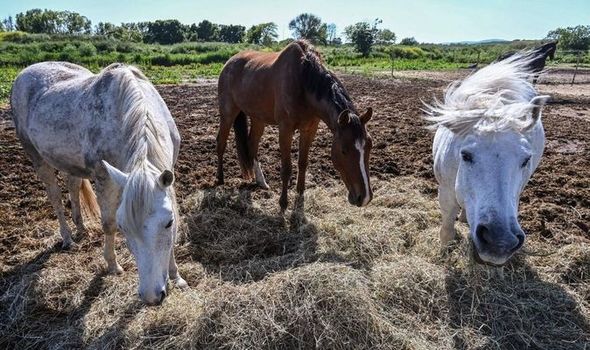 The investigation is being supported by the Central Office for the Fight against Environmental and Public Health Attacks.

The attack is not an isolated incident however and has been linked to fifteen other similar cases.

A similar case was recently reported in Cortambert, a village in the central-eastern department of Saone-et-Loire.

The incident involved a horse which had its right ear cut off, one of its eyes gouged out and its genitals cut away.

JUST IN: Boy’s body washes up in Calais after trying to cross Channel 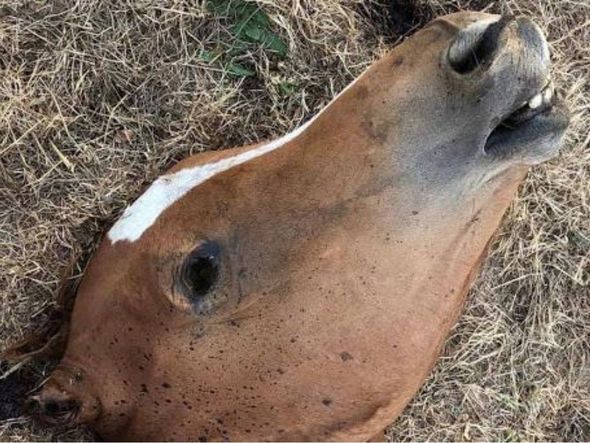 A third horse in the same region was stunned before having its eye gouged out and a piece of bone removed on Friday.

Officials said an investigation had been launched into “serious abuse or acts of cruelty against a tamed or captive domestic animal”.

Almost a dozen over cases have been reported this year. 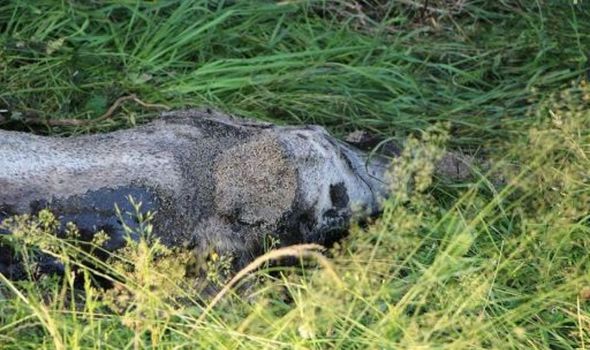 On August 8, breeders from Saône-et-Loire found one of their fillies mutilated.

Ponies and donkeys have also been targeted.

The local gendarmerie, a military body charged with police duties among the civilian population, has made a public appeal for information.

They wrote on Facebook: “These cases are taken very seriously and are being investigated by the Jura police.” 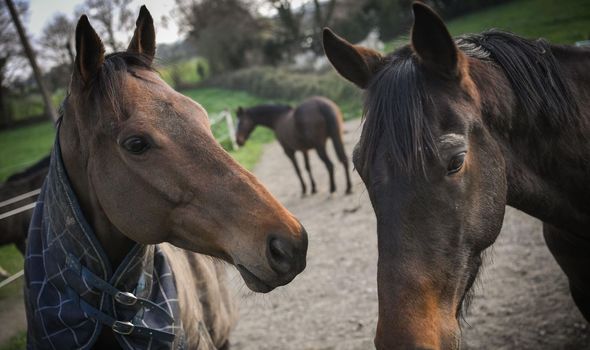 “Every effort is made to identify the authors and put an end to such actions.”

The attacks first started in February, but have multiplied in recent weeks.

Speaking about the spate of incidents, Bruno Wallart of the police in Riom in the Puy-de-Dome region of central France, said: “Is this a challenge on the Internet? The impulse of an individual? All avenues are being investigated.”

When questioned on why the attackers were removing the ear of the animal, Squadron leader Manon Vuillermet to Francetvinfo, said: “The only similarity we have been able to find is that at the end of a bullfight, the bull’s ear is also cut off, so it could be some sort of ‘trophy’.

“The motivation seems a little more ritualistic, but, for now, there is nothing certain.”

By Karen Freifeld and Mike Stone NEW YORK/WASHINGTON (Reuters) – Trump administration officials have rescheduled for March 11 a critical meeting to discuss potential new U.S. restrictions on sales of technology to Huawei and China, people familiar with the matter said. The cabinet-level meeting had been set for Friday but was postponed. Commerce Secretary Wilbur […]

Police: Texas gunman was inside the school for over an hour – The Denver Post

By JAKE BLEIBERG, JIM VERTUNO and ELLIOT SPAGAT UVALDE, Texas (AP) — Texas authorities say the gunman who massacred 21 people at an elementary school was in the building for over an hour before he was killed by law enforcement officers. The amount of time that elapsed has stirred anger and questions among family members, […]

By LISA MASCARO, MARY CLARE JALONICK and FARNOUSH AMIRI WASHINGTON (AP) — The chairman of the House committee investigating the Jan. 6 Capitol insurrection and Donald Trump’s effort to overturn the 2020 election opened Thursday’s prime-time hearing declaring the attack an “attempted coup” that put “two and half centuries of constitutional democracy at risk.” Rep. […]

Politicians must have bigger say in naming Bank of Italy chief: 5-Star

This is another News Portal > Politics > Measures could save 155,000 jobs, pave way for future: DPM