DHAKA (Reuters) – August 25 marks the third anniversary of attacks by Rohingya Muslim insurgents that triggered military retaliation and led to the exodus from Buddhist-majority Myanmar over following days and weeks of about 730,000 Rohingya to Bangladesh. 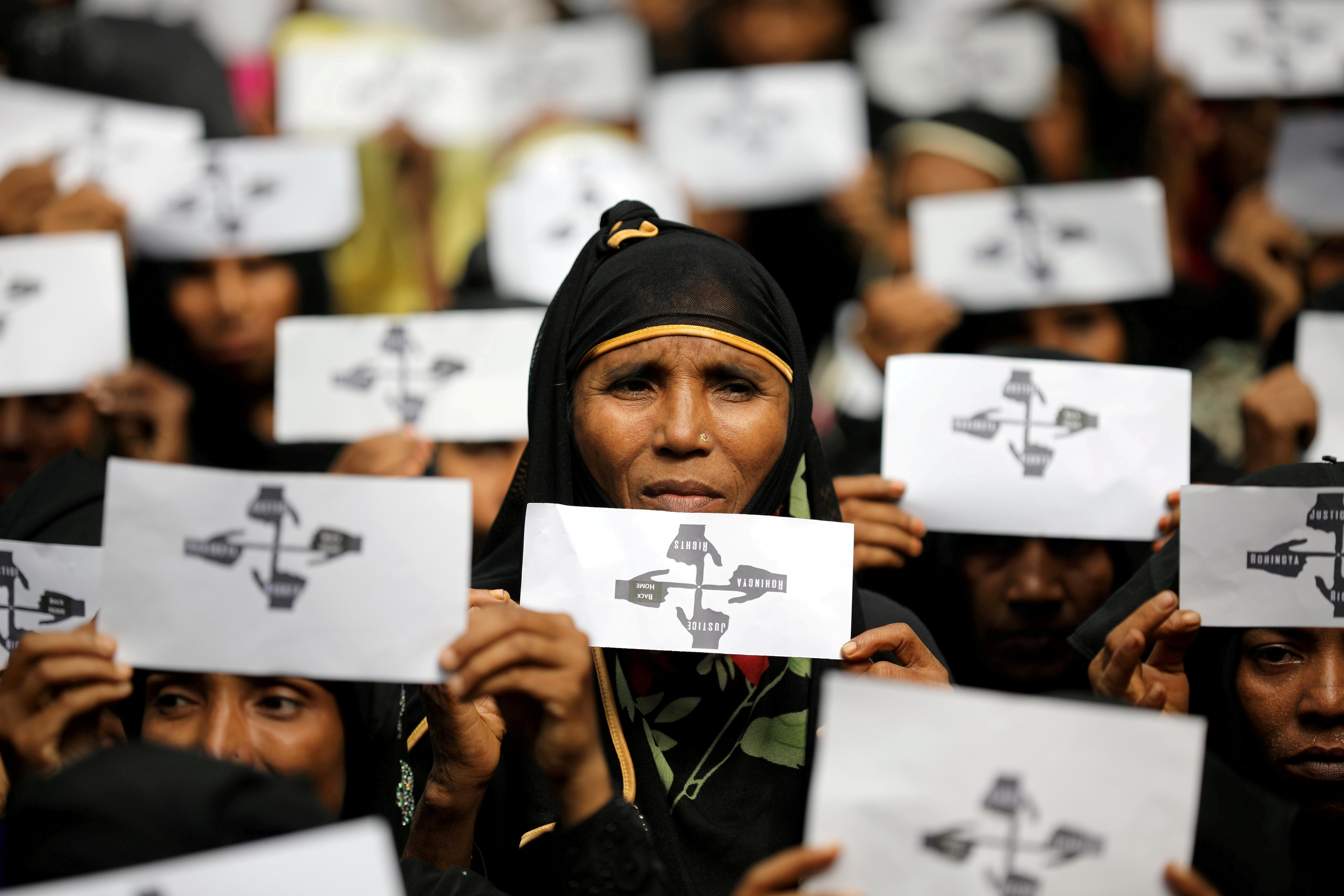 The insurgents raided 30 police posts and an army base in Rakhine State. At least 12 members of the security forces were killed, the army and government said at the time.

The Myanmar military responded immediately with a sweeping crackdown in Rohingya areas that forced the 730,000 villagers to flee to Bangladesh where they remain in camps.

U.N. investigators later concluded the Myanmar military campaign was executed with “genocidal intent”. Myanmar denies that, saying the army was battling the insurgency.

The new arrivals in Bangladesh joined more than 200,000 Rohingya already there, who fled earlier violence, most living camps, straining resources in one of Asia’s poorest regions.

Here are some facts about the camps in Bangladesh’s southeastern coastal district of Cox’s Bazar, based on information from the U.N. refugee agency, Bangladesh government and the International Organization for Migration.

— Most of the 1 million or so Rohingya in Bangladesh live in five camps that cover an area equivalent to one third of Manhattan. About half of the refugees are children, and there are more women in the camps than men.

— More than 700,000 live in the world’s largest and most densely populated refugee camp, Kutupalong, an area of just 13 square kilometres.

— Most of the refugees live in shelters made of bamboo and plastic sheets.

— U.N. agencies, international and national aid groups and the Bangladesh government provide them with food, healthcare and basic facilities like communal toilets and drinking water.

— Refugees are not allowed to work and cannot leave the camps without the permission of the government.

— In January, Bangladesh allowed Rohingya children to formally study up to the age of 14 following the Myanmar curriculum. Those older than 14 will get skills training.

— The first novel coronavirus case was detected in the camps on May 14. As of Aug. 17, a total of 79 cases had been confirmed among the refugees, with six deaths.

— Bangladesh and Myanmar have agreed to complete the return of the refugees but attempts to get a repatriation process going have failed as refugees refuse to go back, fearing more violence.

By Mariela Nava and Luc Cohen MARACAIBO, Venezuela (Reuters) – Some gasoline stations in Venezuela were unusually empty on Wednesday, as regional authorities banned queuing for gasoline as part of a nationwide quarantine to contain the spread of the coronavirus. Venezuela has the largest oil reserves in the world, but motor fuel has grown increasingly […]

By Balazs Koranyi and Francesco Canepa FRANKFURT (Reuters) – European Central Bank policymakers feared a rapid deterioration of the euro zone economy amid the coronavirus crisis but were far from united when they approved emergency measures last month, the accounts of their late-night March 18 meeting showed. With financial markets in meltdown and borrowing costs […]

SEATTLE (Reuters) – Textron Aviation, a unit of Textron Inc <TXT.N>, announced furloughs for most of its U.S.-based workforce on Wednesday as concerns over depressed demand due to the spreading coronavirus ripples through global aviation. The $13.6 billion company, which makes Cessna aircraft, Bell helicopters and flight simulators, said a four-week furlough at its Aviation […]