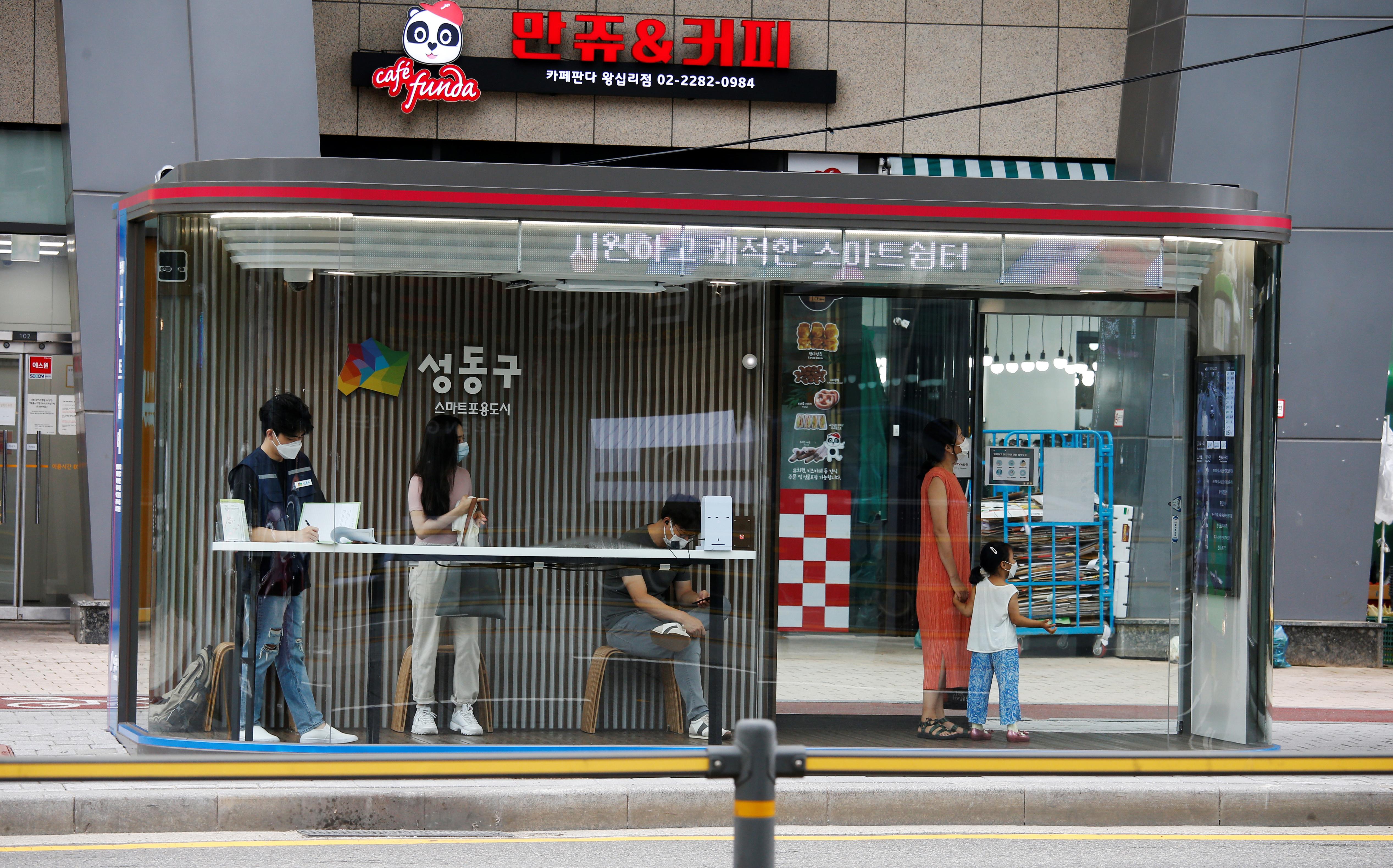 SEOUL (Reuters) – South Korea accused the leader of a religious sect on Sunday of violating self-isolation rules and obstructing investigations into the country’s biggest outbreak of new coronavirus in five months.

South Korea on Sunday reported 279 new cases on Sunday, more than double the 103 reported on Friday, with most of the new infections found in and around Seoul.

The capital posted a record 146 new cases, out of which 107 were linked to Sarang Jeil Church led by Rev. Jun Kwang-hoon, a controversial pastor and an outspoken government critic.

The health ministry said it will file a complaint against Jun later on Sunday, accusing him of violating self-isolation rules by participating in a rally on Saturday and “obstructing” epidemiological investigation by failing to submit a full list of church members for testing and tracing.

Thousands of demonstrators took to the street on the Aug. 15 liberation day on Tuesday, protesting against President Moon Jae-in’s policies and defying a ban on rallies in the capital. [nL4N2FH04G]

The surge in COVID-19 cases prompted authorities on Sunday to reimpose tighter social distancing curbs, and President Moon warned of “stern and strong measures” against “some churches”, calling their behaviour an “unforgivable act that threatens public lives.”

Jun’s church did not respond to telephone calls from Reuters seeking comment.

Another Christian sect, Shincheonji Church of Jesus, was at the centre of the country’s largest outbreak of COVID-19 infections in February. The secretive group was linked to 36% of South Korea’s total cases, and on Aug.1, South Korean authorities arrested its founder, Lee Man-hee, for allegedly hiding crucial information from contact-tracers. [nL3N2F305E]

By John Revill ZURICH (Reuters) – The Swiss National Bank plans to pay out 2 billion Swiss francs ($2.05 billion) — and possibly more — to Switzerland’s federal and cantonal governments after swinging to a big 2019 profit, it said on Thursday. The SNB expects an annual profit of 49 billion Swiss francs ($50.29 billion), […]

SEOUL (Reuters) – South Korea’s President Moon Jae-in on Thursday pledged 50 trillion won ($39 billion) in emergency financing for small businesses along with other stimulus measures to help shore up its economy, which has been battered by the coronavirus crisis. The other measures include relaxing loan terms for small businesses and offering low interest […]

WASHINGTON (Reuters) – The top Democrat in the U.S. Senate, Chuck Schumer, said on Sunday that he is close to reaching a deal with Republicans on a new coronavirus response bill. “We’ve made very good progress and I’m very hopeful we can come to an agreement tonight or early tomorrow morning,” Schumer said in an […]