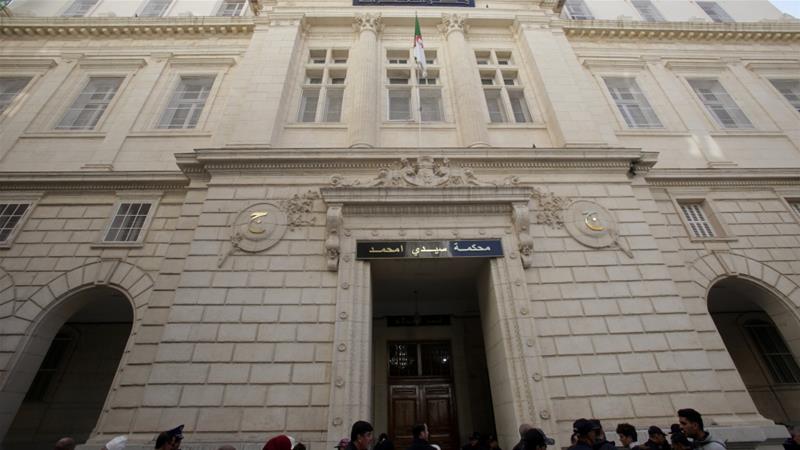 An Algerian journalist who played a prominent role in covering the country’s pro-democracy movement last year has been jailed for “endangering national unity” and “inciting an unarmed gathering”.

Khaled Drareni, editor of Casbah Tribune news website and correspondent of TV5 Monde and media watchdog Reporters Without Borders (RSF), was sentenced to three years in prison, his lawyer said on Monday.

Drareni had been in detention since late March. Along with sending him to prison, the court in capital Algiers also ordered the journalist to pay a fine of 50,000 dinars (about $400), according to the National Committee for the Release of Detainees.

During the trial, which was held by video conference because of the coronavirus, Drareni, 40, denied wrongdoing and said he was only working as an independent journalist and exercising his right to inform.

His supporters said the verdict was reminiscent of the tightly controlled era of former President Abdelaziz Bouteflika, who was pushed out by the mass demonstrations and whose successor promised a more democratic, open leadership.

While a new president was elected in December, the pro-democracy Hirak movement is seeking deeper change in a nation whose rulers have been shadowed by the army since it gained independence from France in 1962.

Weekly protests rocked Algeria for nearly a year since the popular movement began in February 2019 and came to a halt in March this year when the authorities banned the demonstrations to limit the spread of the coronavirus.

In their case against Drareni, prosecutors cited a Facebook post in which he said the Algerian political system had not changed since the election of Abdelmadjid Tebboune as president, and that the journalist shared a call by multiple political parties for a general strike.

“Khaled Drareni was only doing his job of informing citizens. He did not commit a crime,” one of his lawyers, Fetta Sadat, told The Associated Press news agency.

The verdict “is proof that Algerian justice is not free but an instrument in the hands of power that can be used to intimidate Algerians”, he said.

The RSF dismissed Monday’s verdict as “arbitrary and absurd” and called it “judicial persecution against a journalist who is the honour of his country”, urging global mobilisation in his support.

At least one other Algerian journalist is currently awaiting trial, according to the media watchdog, which ranked Algeria 144th out of 180 countries in its 2020 Press Freedom Index.

By Paresh Dave OAKLAND, Calif. (Reuters) – Kat Volpe laid out an exercise mat and tried to sync her iPhone with her big screen TV for a fitness class webcast on Instagram last week during New York’s coronavirus lockdown. But the popular app is incompatible with Google’s Chromecast TV-plugin device which is remote controlled with […]

Pentagon says will not break law of war, despite Trump threat

WASHINGTON (Reuters) – U.S. Defense Secretary Mark Esper strongly suggested on Monday that the U.S. military would not violate the laws of armed conflict by striking Iranian cultural sites, a move threatened by President Donald Trump. Asked whether he was willing to target cultural sites, Esper told Pentagon reporters: “We will follow the laws of […]

RIYADH (Reuters) – France is ready to listen to the U.S. administration’s proposal of offering U.S. companies a “safe harbor” from a new, international digital tax, its finance minister said on Saturday, while admitting that he still didn’t know what that meant in practice. “I’m not in a position to tell you what it (a […]

This is another News Portal > World News > Boeing proposal to avoid MAX wiring shift does not win U.S. support