BEIRUT (Reuters) – Some Lebanese called on Sunday for a sustained uprising to topple their leaders amid public fury over this week’s devastating explosion in Beirut, and the country’s top Christian Maronite cleric said the cabinet should resign. 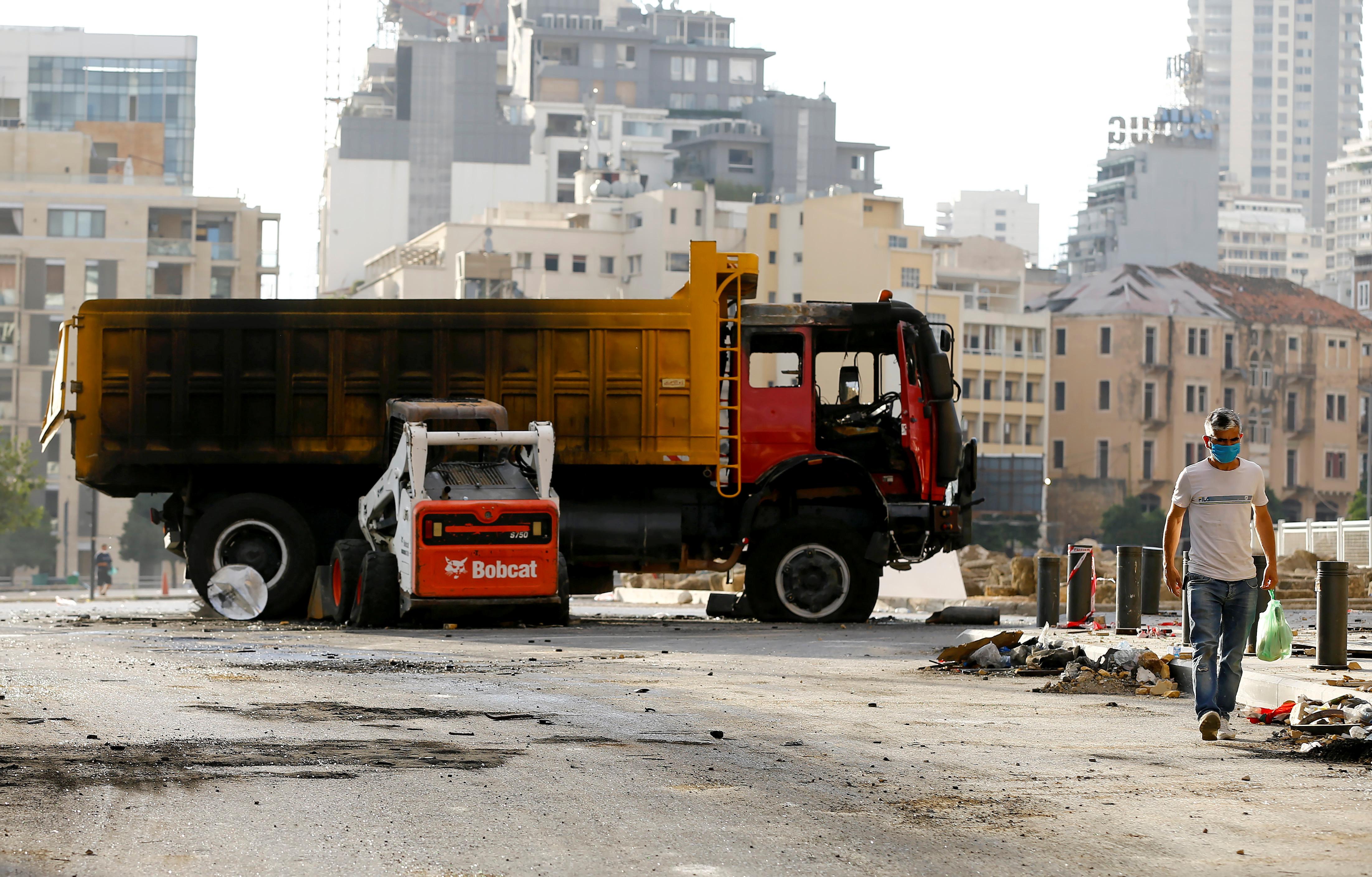 Protesters have called on the government to quit over what they say was negligence that led to Tuesday’s explosion. Anger boiled over into violent scenes in central Beirut on Saturday.

Christian Maronite Patriarch Bechara Boutros al-Rai said the cabinet should resign as it cannot “change the way it governs”.

“The resignation of an MP or a minister is not enough … the whole government should resign as it is unable to help the country recover,” he said in his Sunday sermon.

Information Minister Manal Abdel Samad said she was resigning on Sunday, citing the explosion and the failure of the government to carry out reforms.

Saturday’s protests were the biggest since October when thousands of people took to the streets to demand an end to corruption, bad governance and mismanagement.

About 10,000 people gathered at Martyrs’ Square, which was transformed into a battle zone in the evening between police and protesters who tried to break down a barrier along a road leading to parliament. Some demonstrators stormed government ministries and the Association of Lebanese Banks.

People defied dozens of teargas canisters fired at them and hurled stones and firecrackers at riot police, some of whom were carried away to ambulances. One policeman was killed and the Red Cross said more than 170 people were injured.

“The police fired at me. But that won’t stop us from demonstrating until we change the government from top to bottom,” Younis Flayti, 55, a retired army officer, said on Sunday.

Nearby, mechanic Sabir Jamali sat beside a noose attached to a wooden frame in Martyrs’ Square, intended as a symbolic warning to Lebanese leaders to resign or face hanging.

“Every leader who oppresses us should be hanged,” he said, adding he will protest again.

Soldiers in vehicles mounted with machineguns were stationed beside the square on Sunday.

Tuesday’s catastrophic explosion killed 158 people and injured more than 6,000, destroying parts of the city and compounding months of political and economic meltdown.

“People should sleep in the streets and demonstrate against the government until it falls,” said lawyer Maya Habli, as she surveyed the demolished port where the blast erupted.

The prime minister and presidency have said 2,750 tonnes of highly explosive ammonium nitrate, which is used in making fertilisers and bombs, had been stored for six years without safety measures at the port warehouse.

The government has said it will hold those responsible to account.

French President Emmanuel Macron was hosting U.S. President Donald Trump and other political leaders on Sunday for a U.N.-endorsed donors’ conference by video to raise emergency relief for Lebanon.

The explosion hit a city reeling from economic crisis and the coronavirus pandemic. For many it was a dreadful reminder of the 1975-1990 civil war that tore the nation apart and destroyed swathes of Beirut, much of which has since been rebuilt.

“I worked in Kuwait for 15 years in sanitation to save money and build a gift shop in Lebanon and it was destroyed by the explosion,” said Maroun Shehadi.

“Nothing will change until our leaders just leave.” 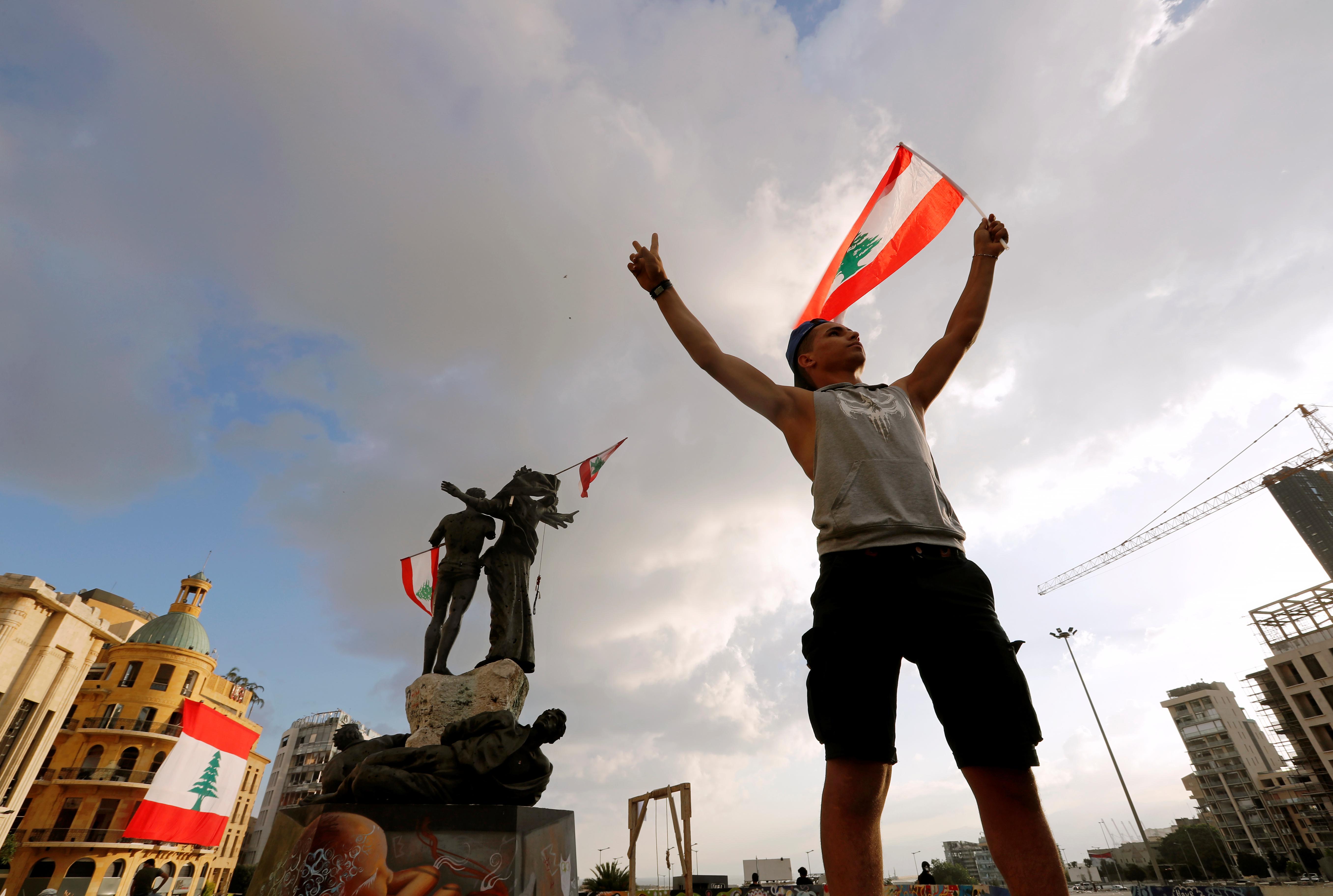 When it hit, John Gharzo ran out of his apartment dripping blood on chairs.

“This is Lebanon. Nothing will change until someone else leads us,” said the retired builder.

By Sruthi Shankar and Shreyashi Sanyal (Reuters) – European shares edged higher at the close after seesawing for most of the session on Monday, as traders swung their attention to the extra injections of support they now expect major central banks to provide following the coronavirus outbreak. The pan-European STOXX 600 index <.STOXX> closed 0.1% […]

By Alexander Marrow, Tom Balmforth and Tatiana Voronova MOSCOW (Reuters) – Russian businessman Oleg Tinkov, the founder of TCS Group <TCSq.L>, said on Friday he was battling acute leukemia, a day after the U.S. Department of Justice said it was charging him with filing false tax returns. Shares in the London listed group slid by […]

Your Money: Freelancers have ‘perfect storm’ of anxiety because of COVID-19

By Chris Taylor NEW YORK(Reuters) – The crisis posed by COVID-19 is worrisome enough for full-time employees. Imagine life as a freelancer. Your income can vary wildly from month to month and is likely being cut back as companies shave costs. Your check may come in the mail, or it may not. Your healthcare is […]

The Greta and Trump show – Davos highlights on Tuesday