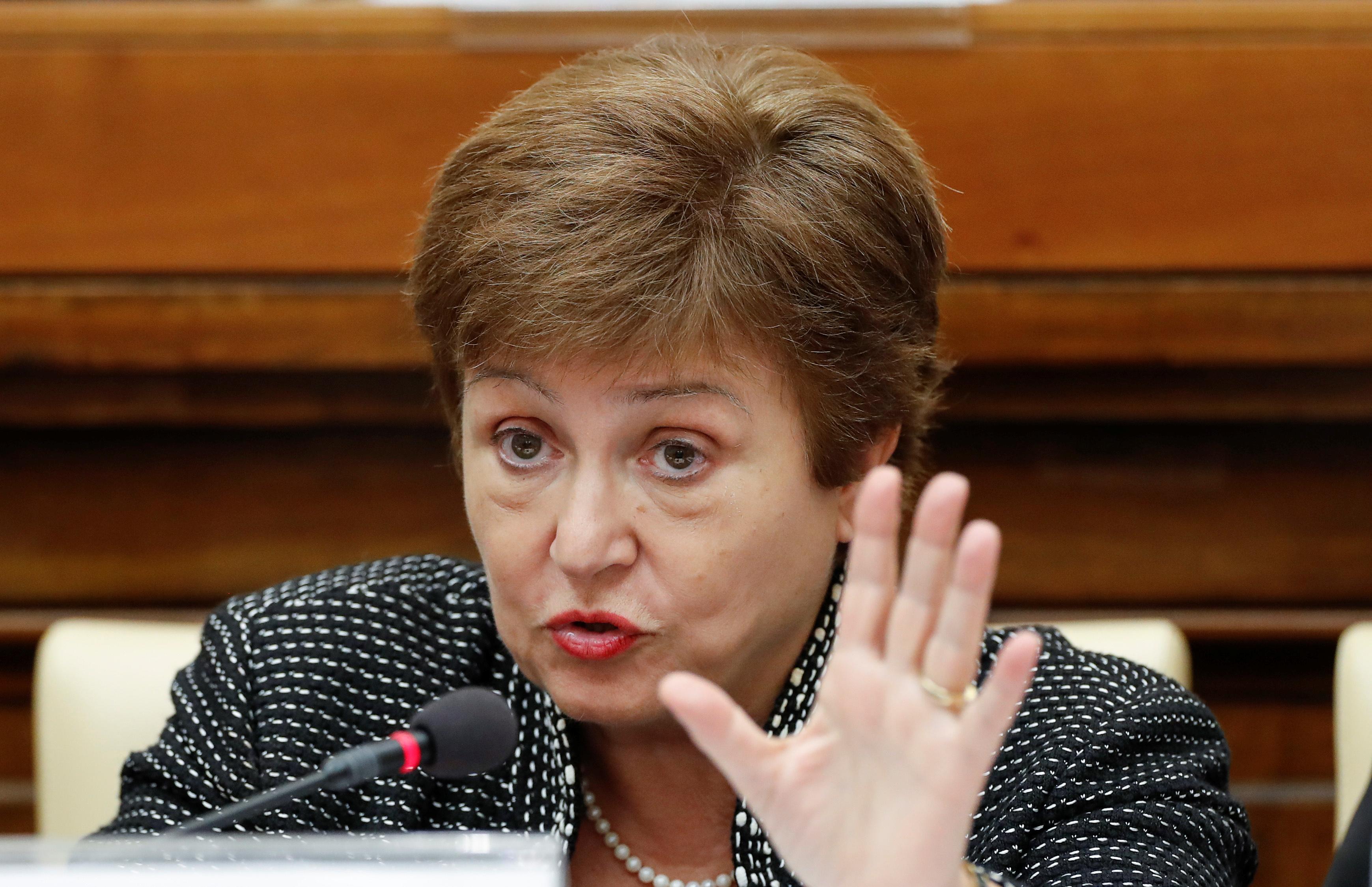 WASHINGTON (Reuters) – The International Monetary Fund said on Sunday it was willing to redouble efforts to help Lebanon after the devastating blast that hit Beirut, but said all of the country’s institutions needed to show willingness to carry out reforms.

In a statement to an emergency donor conference for Lebanon, the IMF’s managing director, Kristalina Georgieva, laid out reforms expected, including steps to restore the solvency of public finances and the soundness of the financial system, and temporary safeguards to avoid continued capital outflows.

Even before the massive explosion that killed 158 people and destroyed swathes of Beirut on Tuesday, a financial crisis had led Lebanon to enter negotiations with the IMF in May after it defaulted on its foreign currency debt. Those talks were put on hold in the absence of reforms.

“We are ready to redouble our efforts. But we need unity of purpose in Lebanon — we need all institutions to come together determined to carry out much needed reforms,” Georgieva said.

“Commitment to these reforms will unlock billions of dollars for the benefit of the Lebanese people. This is the moment for the country’s policymakers to act decisively. We stand ready to help,” she said.

Georgieva also called on Lebanon to take steps to reduce the protracted losses in many state-owned enterprises and expand a social safety net to protect the country’s most vulnerable people.

Lebanon’s financial crisis came to a head in October as capital inflows slowed and protests erupted over corruption and bad governance.

Sunday’s donor conference raised pledges worth nearly 253 million euros ($298 million) for immediate humanitarian relief after the blast, the French presidency said, adding that those commitments would not be conditional on political or institutional reform.

Pledges were also made for longer-term support that would depend on changes by the authorities.

By Ben Klayman DETROIT (Reuters) – General Motors Co <GM.N> and medical equipment maker Ventec are speeding up efforts under a partnership code-named “Project V” to build ventilators at a GM plant in Kokomo, Indiana, to help combat the coronavirus outbreak. GM said on Monday that work at its Indiana plant, which makes small electronic […]

LONDON (Reuters) – Britain will set out more details about its objectives for a free trade deal with the European Union next month after the country leaves the bloc on Jan. 31, Brexit Secretary Stephen Barclay said. “We are going to publish our objectives for the negotiation (…) in due course after the 31st,” he […]