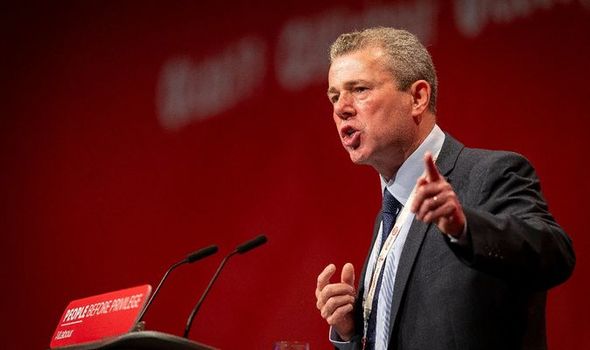 The No Holding Back movement has released a video which shows graffiti stating: “Make the rich pay for Covid-19”. No Holding Back aspires to “build a movement with socialism at its core” and is championed by leading Left-wingers including John Trickett and Ian Lavery. Mark Serwotka, the general secretary of the Public and Commercial Services Union, took part in a No Holding Back event held using the online conferencing tool Zoom and attacked the Government over its handling of Covid-19, saying: “[I] have no doubt in saying: If Boris Johnson had not won the general election I personally believe that tens of thousands of people would be alive today who have died because of the government’s appalling handling of the Covid crisis.”

Mr Serwotka described the need for a “combative trade union movement fighting to defend people in working class communities”. He said many people felt the Labour leadership’s response to the Conservatives is “not strong enough and is not really giving the lead that people are really looking for”.

When asked to comment, Mr Serwotka defended his remarks about the coronavirus death toll, saying: “I was referring to comments made by former scientific advisor Professor Neil Ferguson in June, when he said that had we introduced the lockdown a week earlier, the Covid-19 death toll could have been reduced by half. It is clear the government has handled the corona pandemic badly, with failures in procuring adequate PPE for NHS staff and abandoning care homes, where thousands have needlessly died.”

“And I think what this crisis has done is it’s made people more aware of their social class than ever before, I would say. You really know you’re working class at a time like this, particularly if you’re working in supermarkets and so forth.” 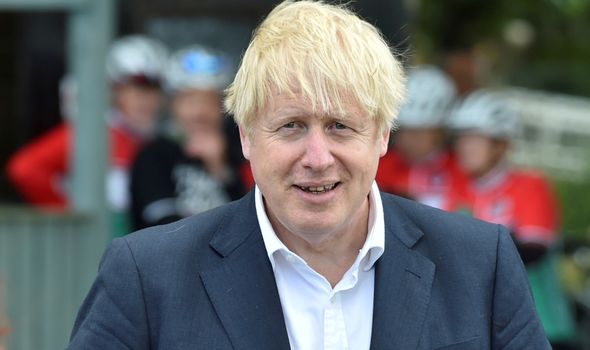 Alexander Stafford – who in December became the first Conservative MP to win the former Labour seat of Rother Valley – was appalled by the efforts to recruit members of mutual aid groups.

He said: “I think it is an absolute disgrace that they are trying to leverage the great community response to this awful coronavirus for political gain… Rather than helping support our heroes they wish to make political capital out of it.

“Same old Labour – not actually caring about the working class at all, just wish to exploit them for their own agenda.”

Richard Holden, who won North West Durham for the first time for the Conservatives, said: “No Holding Back is yet another attempt by the far-left to politicise the coronavirus pandemic. It’s a completely cynical patronising organisation…

“And in the end, we all know that under the far-Left, it’s the poorest who suffer the most. To view entire groups of people as nothing more than a collection of potential votes, ignores yet again the views, needs and wants of Labour’s traditional heartlands.

“It wasn’t Labour who won in the working-class communities in the 2019 general election – it was the Conservatives, because we recognised and, crucially, understood what it is that people want and what we could do to help the communities that have been left behind. Labour yet again see the people of communities like mine purely as a stepping stone for their own ends.”

An immediate review of safeguarding policies in schools has been launched after more than 10,000 reports were posted on a website for students to share experiences of sexual harassment and abuse. The government has asked Ofsted to look at the extent and the severity of the issue and ensure both state and independent schools have […]

New Yorkers can now possess and use up to 3 ounces of cannabis under a legalization bill signed Wednesday by Gov. Andrew Cuomo, while sales of recreational-use marijuana won’t become legal for an estimated 18 months until the state draws up regulations. Advocates for criminal justice reform hope it will also help redress the inequities […]