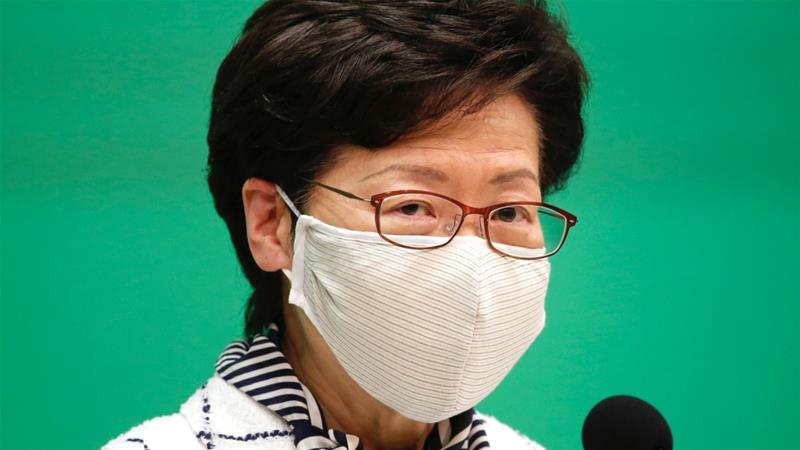 Beijing’s top office in Hong Kong has slammed the United States for imposing “ridiculous” sanctions on senior Chinese and Hong Kong officials, dismissing the measures as “clowning actions” that would not frighten or intimidate Chinese people.

The criticism on Saturday came hours after Washington announced sanctions on Luo Huining, the head of China’s Liaison Office, as well as Hong Kong leader Carrie Lam and other current and former officials that the US accuses of curtailing political freedoms in Hong Kong.

The move ratchets up already strained tensions between the US and China, more than a month after Beijing imposed sweeping national security legislation on semi-autonomous Hong Kong.

“The unscrupulous intentions of the US politicians to support the anti-China chaos in Hong Kong have been revealed, and their clowning actions are really ridiculous,” the Liaison Office said in a statement.

Luo, the most senior mainland political official in the Chinese-controlled territory, said US sanctions on him indicated he was doing what he “should be doing for my country and Hong Kong”. 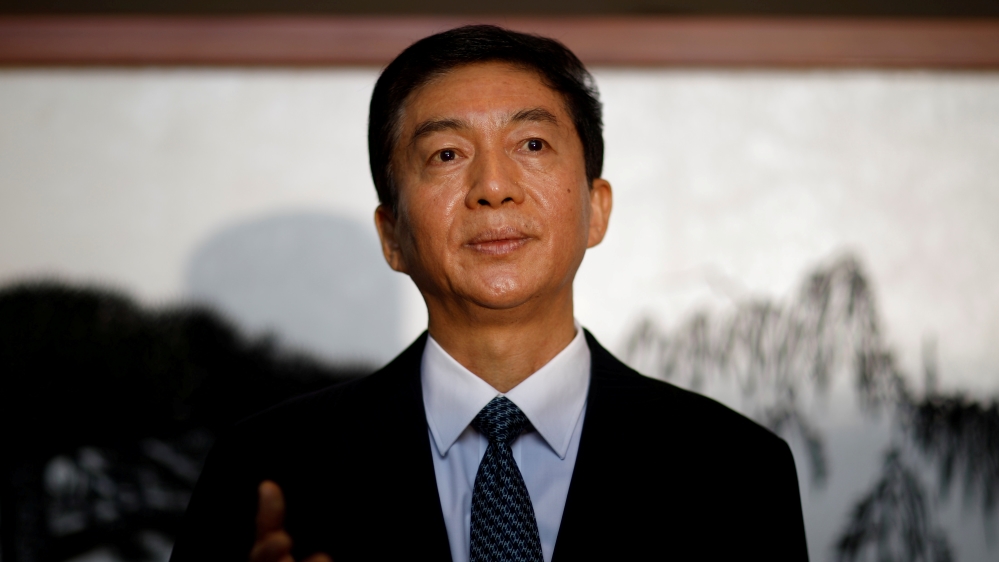 “I don’t have a dime’s worth in foreign assets,” he added.

Xia Baolong, the director of the Hong Kong and Macau Affairs Office in Beijing, was also on the list.

The sanctions freeze any US assets of the officials and generally bar US citizens and groups from doing business with them. They were authorised by an executive order that US President Donald Trump signed recently to levy penalties against China for its efforts to curtail anti-government protesters in Hong Kong.

Hong Kong has long enjoyed civil liberties not seen in mainland China because it is governed under a “one country, two systems” framework in place since it reverted to Chinese rule in 1997.

But the US Treasury Department said: “The recent imposition of draconian national security legislation on Hong Kong has not only undermined Hong Kong’s autonomy, it has also infringed on the rights of people in Hong Kong.”

The security legislation targets what China broadly defines as secession, subversion, terrorism and collusion with foreign forces with up to life in prison. Beijing imposed the law directly on Hong Kong just before midnight on June 30, circumventing the city’s legislature, and the city’s officials were not aware of the details of the law until it was implemented.

Critics fear the legislation will crush Hong Kong’s wide-ranging freedoms, while supporters of the law say it will bring stability after a year of sometimes violent anti-government protests that plunged the city into its biggest crisis in decades.

Tang, the police chief, told local media on Saturday that maintaining the security of the country and Hong Kong was his responsibility and foreign sanctions were meaningless to him.

Hong Kong Commerce Secretary Edward Yau called the sanctions “unreasonable and barbarous” and said they would harm US interests in the city, an Asian financial and shipping hub.

“We do believe it could target US individuals in the city, and potentially US companies operating here,” she said.

“The American Chamber of Commerce in Hong Kong, which represents some 1,300 US companies, had expressed fears about the introduction of these national security laws in Hong Kong and forecasted that a number of companies may leave as a result.”

She added: “Now, these sanctions introduced by the US mark a dramatic escalation in tensions – not just between China and the US, but also Hong Kong and the US as well.”

The US measures come three months ahead of the November election in which Trump, who is behind his rival Joe Biden, is campaigning hard on an increasingly strident anti-Beijing message.

On Thursday, Trump made good on previous threats against WeChat and TikTok – two Chinese-owned apps with major audiences that US officials say pose a national security threat. In an executive order, he issued a sweeping but unspecified ban on dealings with the Chinese owners of the two apps.

TikTok, a company owned by Beijing-headquartered ByteDance Ltd that has 100 million users in the US and hundreds of millions worldwide, said it does not store US user data in China, has not given information to Beijing or censored content at the Chinese government’s request.

Media watchdogs say the latest case is part of a broader attack on press freedom under the Duterte administration. Maria Ressa, a journalist who runs a Philippine news website known for its tough scrutiny of President Rodrigo Duterte, pleaded not guilty on Wednesday to tax evasion charges in a case media watchdogs have described as […]

By Laila Kearney NEW YORK (Reuters) – Creditors of bankrupt Philadelphia Energy Solutions are opposing the sale of its oil refinery to Hilco Redevelopment Partners, saying another developer made a more lucrative bid for the site, according to court documents filed on Thursday. Industrial Realty Group submitted a bid of $265 million during an auction […]

Truce over: U.S. Congress heads to partisan battle on coronavirus aid for states

By Richard Cowan WASHINGTON (Reuters) – After passing $3 trillion of coronavirus relief in a rare seven-week run of bipartisanship, the U.S. Congress is headed back to its normal state of conflict, with leading Republicans lining up against aid for cities and states that Democrats say is essential. Spurred on by governors and local officials, […]

This is another News Portal > World News > ‘Keep your hands off’ Lebanon’s banks, lenders tell government