The Home Secretary has ordered officials to draw up plans using the Royal Navy to turn back boats ferrying migrants. It followed a record 235 migrants in 17 vessels being caught in one day, the highest daily total of migrants making the crossing since the crisis began. Last year, Mrs Patel pledged that illegal immigration would be nearly completely curbed by this point.

Following the 235 migrants crossing the English Channel, the Home Secretary has taken firm action against the migrant crisis.

A Home Office source said that this was “the final straw” for Mrs Patel on the migrant crisis.

They added: “The final straw was this record number, which led the Home Secretary to demand this new initiative.

“The real solution must come from the French – we want the French to take them back.” 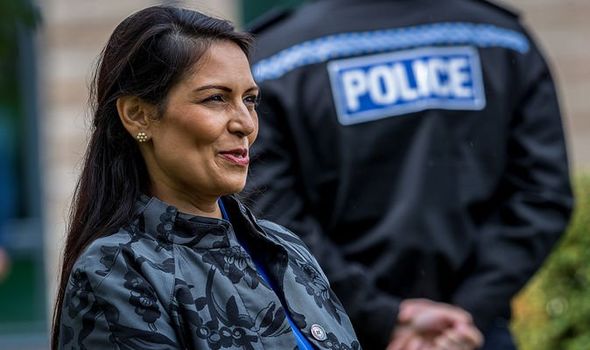 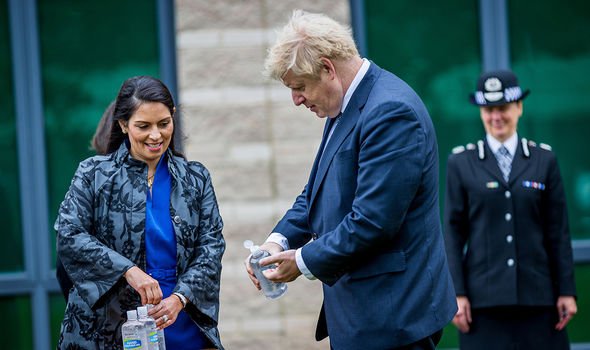 Deploying the Royal Navy to turn migrant boats back to France is legal under international maritime law.

A government source also told the Daily Mail that Mrs Patel has instructed Home Office officials to speak with the Ministry of Defence, and has requested a discussion with French interior minister, Gerald Darmanin.

But the French government has urged Downing Street that the deployment is illegal, and risk escalating tensions between the two nations. 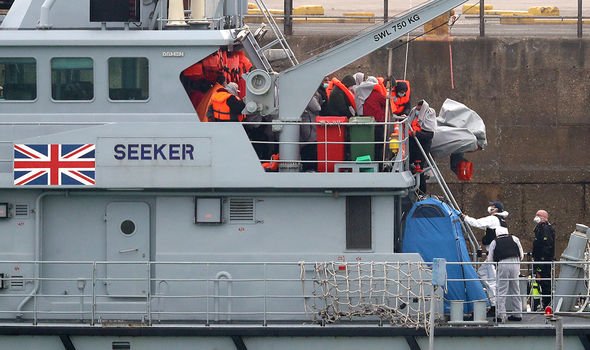 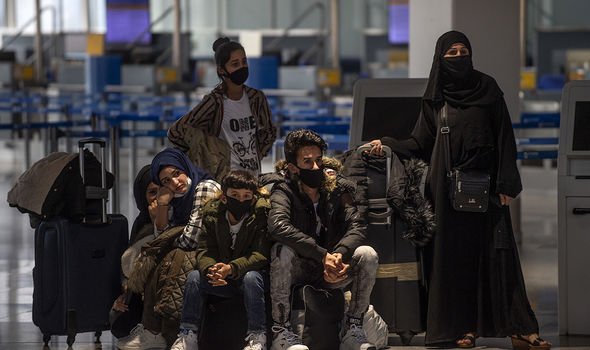 Other measures floated by Mrs Patel and the Home Office, include using Navy vessels to block migrants boats paths.

Smaller military craft will be used over larger vessels like frigates and destroyers.

Sources have also told the Daily Mail that the Royal Marines may be deployed on the ships to handle the crisis.

British forces may also use nets to entangle propellers or floating “booms” to block the way for migrants dinghies.

Both methods were tested in secret trials in May and June involving Navy ships and Border Force boats.

The Home Secretary has previously said she wants “stringer enforcement” on France’s side of the Channel.

Mrs Patel has been trying to persuade the French government to allow migrant boats to be turned back.

She also said last year that a previous deal with the French would make crossings an “infrequent phenomenon” by this spring. 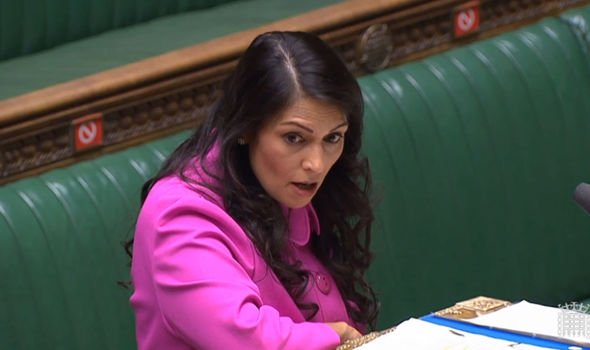 An inquiry into the migrant crisis has been launched by the Commons all-party home affairs committee.

MPs will begin investigation into the surge in migrants when Parliament returns from recess at the start of September.

A spokesman for the committee said: “The inquiry will look at the role of criminal gangs in facilitating the growth of this form of illegal immigration and the response of UK and French authorities to combat illegal migration and support legal routes to asylum.”

We will use your email address only for sending you newsletters. Please see our Privacy Notice for details of your data protection rights. Bruges Group think tank director Robert Oulds argued Boris Johnson needed to discard the Northern Ireland protocol completely. During an interview with Express.co.uk, Mr Oulds warned the use of the protocol would […]

Jersey fishing boss opens up on rejected fishing licences We use your sign-up to provide content in ways you’ve consented to and to improve our understanding of you. This may include adverts from us and 3rd parties based on our understanding. You can unsubscribe at any time. More info On Wednesday, the Senate’s Fisheries and […]

Philip Esformes acquired a $1.6 million Ferrari and a $360,000 Swiss watch and traveled around the United States on a private jet, a spending spree fueled by the spoils from what federal prosecutors called one of the largest Medicare fraud cases in history. “Philip Esformes is a man driven by almost unbounded greed,” Denise M. […]

‘We are going to fight back!’ Furious US Senator slams Supreme Court anti-abortion ruling

US election: Has there been voter fraud? Is Donald Trump right?