There is agony and much anger amongst the families whose relatives are still missing after the Beirut blast.

Three days after the biggest explosion to hit the Lebanese capital, there are still about 80 people unaccounted for.

The son of one missing man said it took more than 40 hours before authorities started the rescue operation. 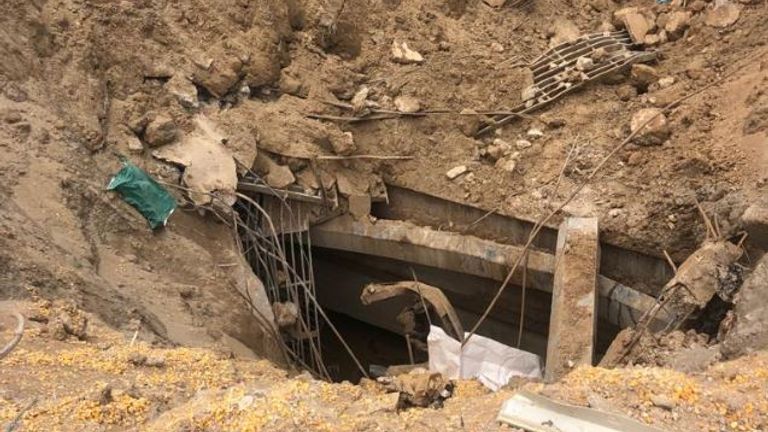 Eli Hasrouty’s father, Ghassan, was a well-known figure in his community and had worked at the port for 38 years as the head of the operations room for the company running the giant silos of corn. He’s spent his entire career there.

His family believe he may still be alive. But his son-in-law, Steve Marimos, said hope lessens with every hour.

“We don’t give up but it is hard to keep faith right now,” he said.

The family home is crowded with relatives, friends and neighbours who’re constantly monitoring the social media outlets and Lebanese news programmes for the latest developments. They are a very religious family and it’s their faith which is keeping their hopes alive.

They are praying Ghassan has somehow managed to survive by taking refuge in an underground emergency shelter which was built decades ago as a secure “panic” room in the event of bomb attacks or disasters.

Ghassan had telephoned his wife, the mother of his four children, less than an hour before the first, smaller explosion. 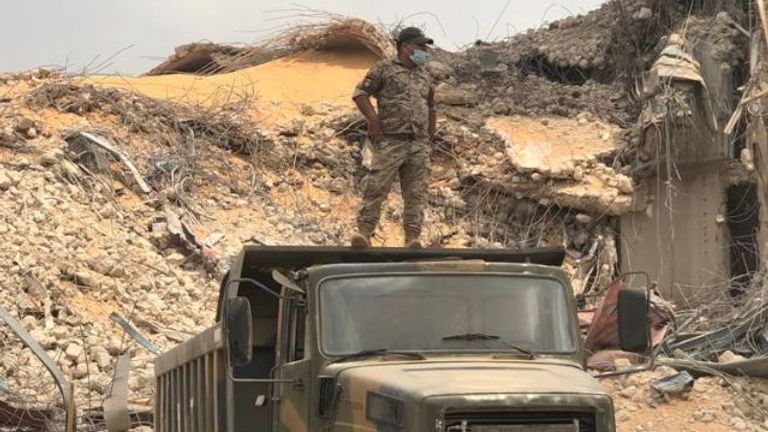 He told his partner, Ibtissam, that he was in the company’s operations room near the silos.

His 19-year-old daughter, Tatiana, said her father had told them about the underground shelter below the operations room.

“And we believe he may have run there – after the first explosion happened and before the second, much bigger one,” she said.

“He used to tell us we shouldn’t worry about him working at the port, because of this secure shelter. They used the shelters many times during the civil war and when they thought the port was being attacked. We are just hoping that’s where he’s hiding.”

The search and rescue teams are now focusing their operations on the area just next to the collapsed silos of grain.

A member of the Turkish search team, Erkan Dogonay, said they had rescued many people “days after being trapped in earthquakes”.

He said: “We never give up hope. They are human beings and we will do everything we can to find them.” 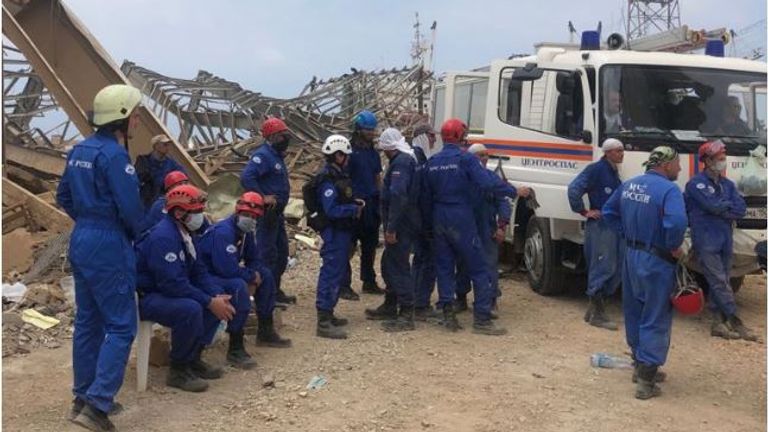 Large diggers are now being used to clear the huge amount of rubble and masonry piled on top of what was once the operations room.

We were with the first international rescue teams allowed access to the wrecked port on Thursday, 48 hours after the explosion.

We saw the Russian group using sniffer dogs to roam the new hillocks of corn and rubble next to the broken silos. Overnight, the international teams pulled out four dead bodies but still hadn’t located any underground shelters they could properly access.

When we arrived earlier today with a Turkish team of rescuers, they thought they’d located one entrance to the underground network of offices.

We could see what looked like a cement ceiling to an underground chamber but the entrance seemed to be flooded with sludge.

The international teams agreed that one group would clear the rubble from one side of the silos and another would try to clear the opposite side near the exposed entrance. 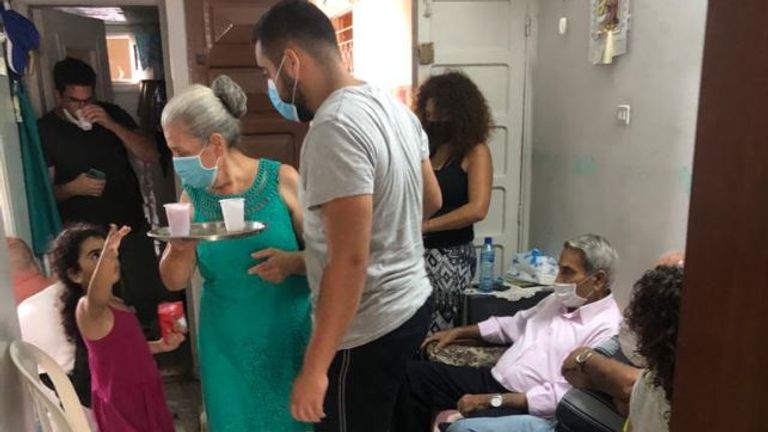 So far it has proved extremely challenging to get into the subterranean shelters with so much corn, masonry and heavy debris piled on to.

The investigation into just how the explosions occurred seems to have swung into action now. We spotted teams of divers in the harbour kitted with scuba equipment and setting off to scour the waters around the blast site.

A small area near the crater has been cordoned off with yellow tape marked “Military Police – Crime Scene – Do not Cross – CID”.

We saw Lebanese soldiers and men in hazmat suits moving around inspecting the ground and collecting material. Much of the focus appeared to be near the water’s edge.

The harbour is now strewn with debris from the warehouses including about a dozen large rolls of plastic packaging. What appear to be personal belongings like jackets, trousers and hats are strewn across the spilled corn.

But the investigation and search is proving far too slowly for the families desperate for news.

Ms Hasrouty said she thinks, based on what her father and other port workers said, there may be seven people trapped in the underground shelter.

(This Jan. 8 story corrects para 11 to say private-label companies, and not retailers, will need to sell plant-based products at a net wholesale cost of $1.25 below Beyond Meat and rivals) By Richa Naidu CHICAGO (Reuters) – Cashing in on rising demand for imitation meat, major retailers including Kroger and Walmart recently began to […]

By Wayne Cole SYDNEY (Reuters) – Australian retail sales surged by the most on record in March as a lockdown for the coronavirus spurred panic buying of food and other staples, perhaps saving the entire economy from a damaging contraction in the first quarter. Sales will likely plunge back in April due to strict social […]

By Caroline Pailliez and Mourad Guichard PARIS/SARAN, France (Reuters) – Amazon <AMZN.O> workers in France are coming under unacceptable pressure, Finance Minister Bruno Le Maire said on Thursday, after staff complained they faced not getting paid if they stopped showing up due to fears of coronavirus contamination. Several hundred employees protested in France on Wednesday, […]

Coronavirus could shrink China auto market by 3%-5% in 2020: LMC Automotive

Rishi Sunak to be next PM? Chancellor even more popular than Boris – have YOUR say