(Reuters) – Top U.S. envoy for Iran Brian Hook is leaving his post and Elliott Abrams, the U.S. special representative for Venezuela, will add Iran to his role “following a transition period” with Hook, U.S. Secretary of State Mike Pompeo said on Thursday. 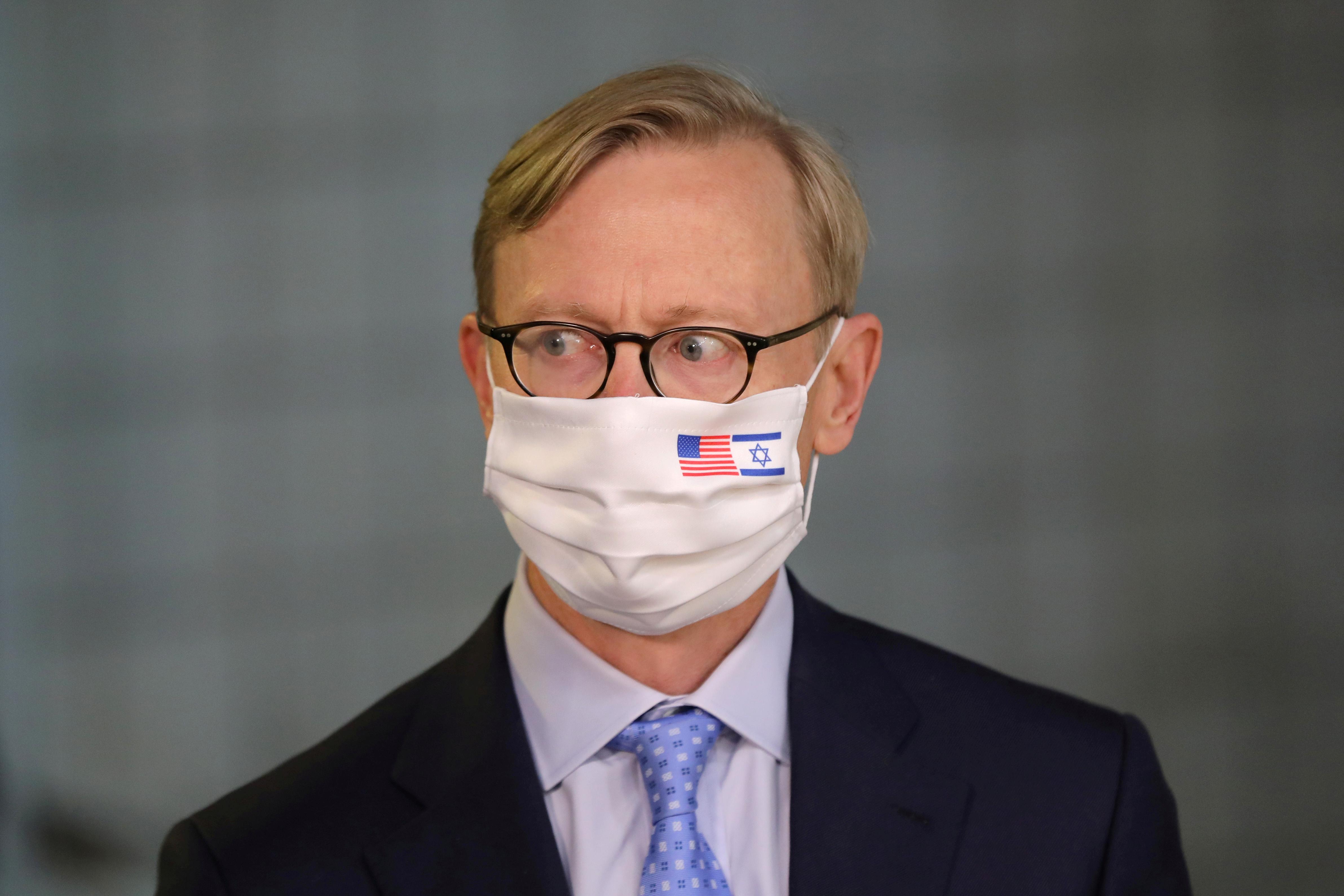 Hook’s surprise departure comes at a critical time when Washington has been intensely lobbying at the United Nations to extend an arms embargo on Iran and as the U.N. Security Council prepares to hold a vote on the U.S. resolution next week.

“We’re going to continue to make the case for this,” Hook told reporters on Thursday morning, hours before his departure was announced. “We hope that the council can find a way.”

It was not immediately clear when Hook’s tenure would formally end and whether he would see through the vote or not.

Pompeo did not give a reason for Hook’s decision to leave but wrote in a tweet that Hook was moving on to the private sector. He described him as a “trusted adviser and a good friend” who has achieved “historic results” in countering Tehran and secured the release of U.S. citizens detained by Iran.

Hook, 52, was appointed to the top Iran role at the State Department in late 2018 and has been instrumental in Washington’s intensifying pressure campaign on Tehran after President Donald Trump pulled out of the 2015 nuclear deal between Iran and the world powers.

Opponents criticized Hook and the administration for overly harsh and indiscriminate sanctions, which they said were hurting ordinary Iranians and failing to change the behavior of the Iranian government.

The U.S. bid at the Security Council to extend the arms embargo is a key test that some diplomats say will likely fail as it lacks the necessary support and veto powers Russia and China have already signaled their opposition.

If the United States is unsuccessful in its bid, it has threatened to trigger a return of all U.N. sanctions under a process known as snapback. Some diplomats have suggested Washington will likely start the snapback process, which could take up to 30 days, by the end of August.

U.S. officials have said privately that Trump has been frustrated by the failure to remove Maduro, who retains the support of the Venezuelan military, as well from Russia, China, Cuba and Iran.

Abrams has recently been dealing with U.S. concerns about a growing alliance between Iran and Venezuela, both OPEC members under heavy U.S. sanctions. Iran in recent months has sent fuel tankers to gasoline-short Venezuela, drawing U.S. ire.

We will use your email address only for sending you newsletters. Please see our Privacy Notice for details of your data protection rights. Professor Stephen Reicher who sits on the Scottish Government’s COVID-19 advisory group said if coronavirus levels do not improve in England, he stressed the Border would become a “key” issue.” First Minister Nicola […]

Aggressive oversight of the aid agency by political appointees at the White House and the State Department has delayed humanitarian aid when the world needs it most. By Lara Jakes and Pranshu Verma WASHINGTON — The coronavirus was spreading around the world, and officials at the United States Agency for International Development were anxious to […]

From Asia to America, fuel prices pummeled by coronavirus fallout