The RKI said the number of daily new cases had been increasing over the past two weeks, calling this “very concerning”.

Indeed, last Wednesday, July 29, the RKI reported 684 new cases, and 454 new cases the Wednesday before that.

The RKI said: “A further worsening of the situation must be avoided.

“This will only succeed if the entire population continues to be committed to decreasing transmission, e.g. by consistently observing rules of physical distancing and hygiene – also in outdoor settings -, by airing indoor areas and, where indicated, wearing a community or face mask correctly.” 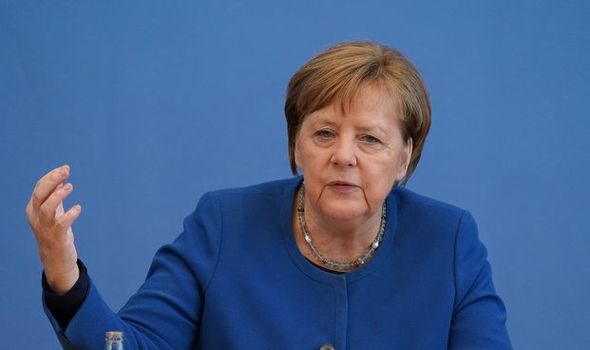 However, Dr Susanne Johna, chairwoman of German doctors association the Marburger Bund, has said parts of the German population are “no longer taking the rules seriously.”

Dr Johna said it is “understandable” people are eager to return to normality, and said they were putting the situation “out of mind a little”.

She told the Times: “But as a doctor I have to say to these people: everyone who has treated these patients knows thus is not a normal situation and this sickness is a serious one that causes harm, which can linger on for a long time.”

READ: Coronavirus second wave: Britons at risk as minister warns ‘we can’t be blasé about this!’ 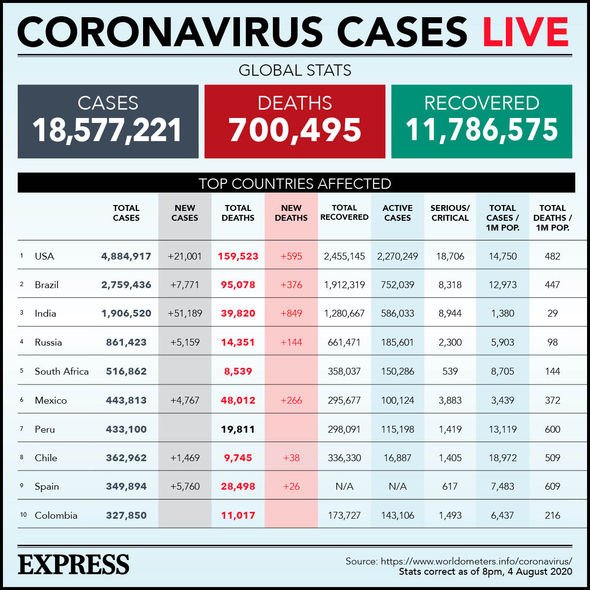 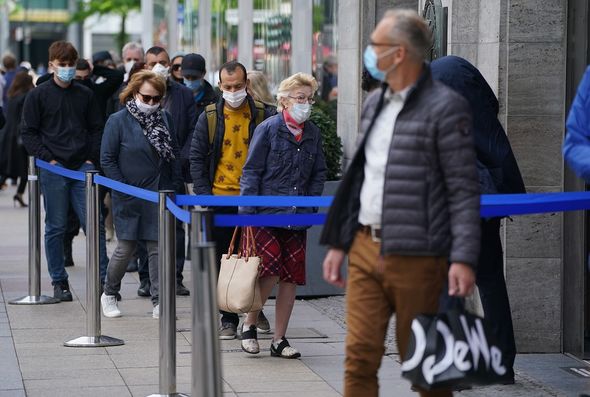 Coronavirus measures in Germany are subject to local regulations, according to the country’s foreign office.

Generally, wearing a mask is mandatory on public transport in Germany and also in shops.

A distance of 1.5 metres from other people should also be maintained, and hygiene and social distancing measures are in place in shops and restaurants. Large events are not allowed until October 31 this year.

However, the measures are facing backlash from some Germans. 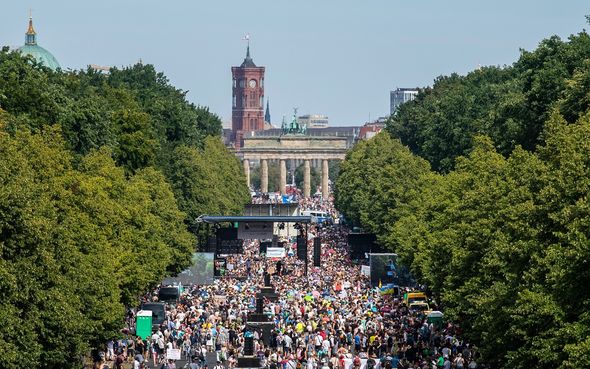 According to German news site DW, around 45 police officers were injured in the German capital Berlin on Saturday during protests against coronavirus restrictions.

Over 130 people were arrested, and reports of offences include resisting arrest and breach of peace.

German police said around 1,100 officers had been sent to help regulate the crowd of around 20,000 people.

Saskia Esken, leader of German political party the Social Democrats, referred to the protests as “Covidioten” on Twitter – a mixture of the words ‘Covid’ and ‘Idiots’. 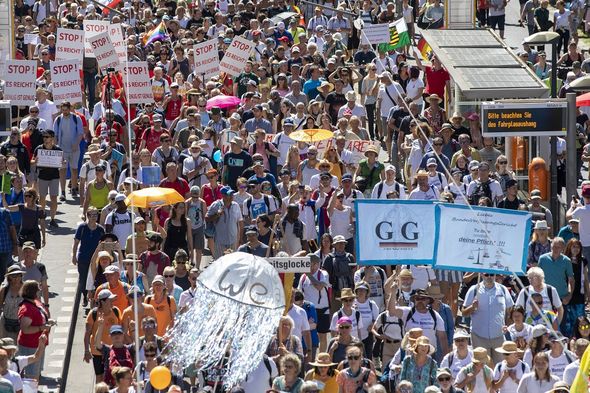 Translated from German, she said: “They not only endanger our health, they endanger our successes against the pandemic and for the revitalisation of the economy, education and society. Irresponsible!”

However, Wolfgang Kubicki, vice-president of Germany’s parliament and a member of the pro-business Free Democrats party, said he understood the demonstrators.

According to the Guardian, he said some of them were “quite simply confused, because they no longer know why these measures are being implemented. Politicians have failed to explain to them exactly just what the goal of the measures is.”

By Katanga Johnson WASHINGTON (Reuters) – The U.S. Securities and Exchange Commission said on Monday that Cantor Fitzgerald agreed to pay $3.2 million to settle charges it provided inaccurate and incomplete “blue sheet data” on securities trading. The firm admitted to the findings in paying the fine and taking remedial actions, the SEC said. The […]

By Amanda Becker and Joseph Ax (Reuters) – Elizabeth Warren ended her presidential campaign on Thursday after concluding she had no realistic path to the Democratic nomination, leaving behind a two-man battle between former Vice President Joe Biden and Senator Bernie Sanders. Warren, a liberal senator who won plaudits for her robust policy plans and […]

By Lewis Krauskopf (Reuters) – The S&P 500 and the Dow industrials slipped in a shortened, pre-Christmas session on Tuesday, as investors paused after a record-setting rally fueled by improving U.S.-China trade relations that has put the market on course for its best year since 2013. The Nasdaq eked out a gain, helped by a […]

On shareholder vote reforms, BlackRock sits on the fence

Big UK airlines ground most of their fleets to survive coronavirus