Michael Portillo questioned whether the inclusion of repayments of loans in the EU coronavirus fund could cause issues in Italy. The Times Radio host admitted Italy’s economy is currently sensitive and the country was massively hit by the coronavirus crisis. However, while speaking with Times Radio special correspondent Ross Kempsell, Mr Portillo claimed attitudes in Italy ould change towards the EU as they attempt to make repayments to the EU, recover from coronavirus and possibly have their countries spending monitored by the other member states.

Mr Portillo said: “Just thinking about what the Italians might think of this.

“I think in the political culture of Italy right now the idea of repaying loans to the EU, which comes with conditions and schedules and people from the European Union looking over their shoulder telling them whether they should cut this, that or the other, is changing.

“This is political dynamite in Italy, isn’t it?”

Mr Kempsell agreed and outlined how attitudes towards the EU may shift as Italy is forced to make loan repayments while attempting to recover from the coronavirus crisis. 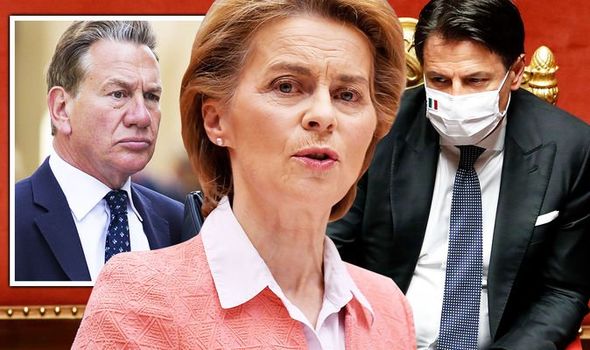 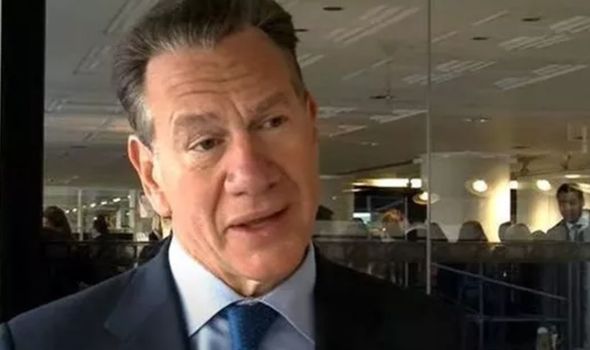 He said: “Yes, it is as one of the key domestic questions in Italy and it was around the issue of the emergency brake.

“It was one of the discussions at the recent summit.

“They discussed whether there should be an emergency brake of money.

“Spain and Italy had rejected a call for that, for a veto on spending as this package is in progress. 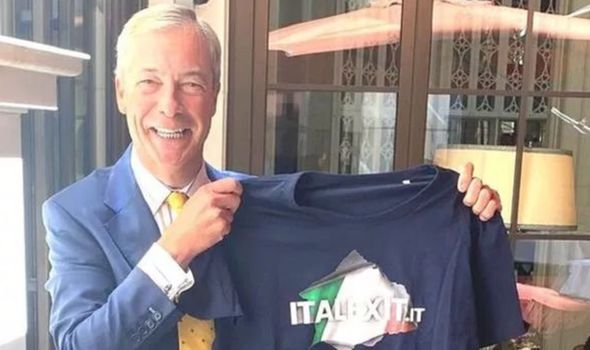 “But other countries were able to force it at the summit, the emergency brake to be allowed.

“It is part of the conditions of this package.

“So other European member states are able to call into question whether individual countries such as Spain and Italy whether they could keep up with the pace of repayments being proposed.

“If not there is a political mechanism for the countries involved to put a brake on former payments.” 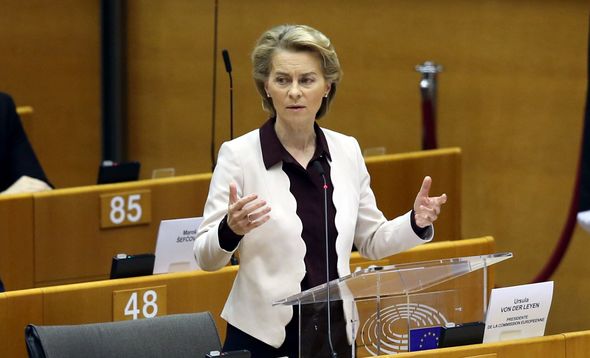 Mr Portillo also argued it was good Britain was no longer part of the EU and would have no part in its political and economic crisis.

The former Tory Cabinet Minister said: “I supported Brexit and I would have been inclined were I still in government to make two points.

“First, that the UK is very well out of this recovery deal, that we are not liable for our share of this 750 billion euros.

“Second, as was being warned, the EU is under pressure to integrate, to become more federal.

“It is a political union as well as a fiscal union and unless it does integrate, the euro may not survive the strains.”

VEVEY, Switzerland (Reuters) – Food giant Nestle <NESN.S> has set up new structures to turn innovative ideas from outside and inside the company into new products, its technology head told journalists on Wednesday ahead of the publication of the group’s full-year results. Employees, often from Nestle’s research teams, can apply for funding to develop products […]

Greeley officers shoot, injure man with gun while responding to burglary alarm, according to CIRT – The Denver Post

An investigation is underway after Greeley police shot and injured a man with a gun while responding to a burglary alarm early Saturday morning. About 3:30 a.m. Saturday, police responded to a burglary alarm in the 2100 block of 50th Avenue, according to a news release from the 19th Judicial Critical Incident Response Team. On […]

JAKARTA (Reuters) – A slim majority of analysts polled by Reuters expect Indonesia’s central bank to resume its easing cycle at its policy meeting this week to provide a cushion for the expected economic impact from the coronavirus outbreak. Sixteen of 28 economists in the survey expected BI to cut the benchmark 7-day reverse repurchase […]

Harley-Davidson looks for new leadership to end its sales struggle

U.S. Congress wrestles with mechanics of voting in coronavirus crisis

This is another News Portal > World News > U.S. Congress wrestles with mechanics of voting in coronavirus crisis