The US ambassador to South Korea has shaved off his highly controversial moustache, saying it felt too hot under a mask in the summer months.

Harry Harris’ decision was diplomatic as well as practical, because the moustache has caused offence in South Korea for reminding his hosts of the facial hair worn by colonial Japanese governors who ruled the country a century ago. 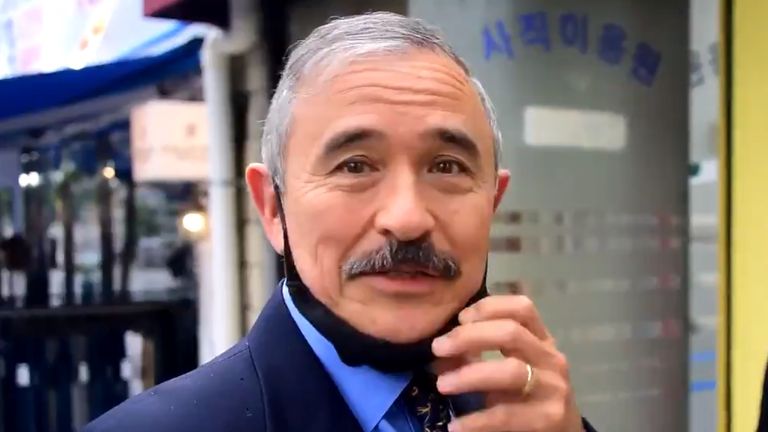 The retired navy admiral became ambassador in July 2018. He has Japanese heritage, and has admitted that his moustache had become “a point of some fascination here”.

But he insisted that his facial hair would stay until someone convinced him that it was “viewed in a way that hurts” the relationship between Washington and Seoul.

Mr Harris says his visit to the barber this week was prompted by soaring temperatures, rather than rising diplomatic tensions.

He tweeted: “For me it was either keep the ‘stache or lose the mask. Summer in Seoul is way too hot & humid for both. #COVID guidelines matter & I’m a masked man!”

A US embassy video posted online shows the ambassador touching elbows with his barber, before nervously submitting to a shave. 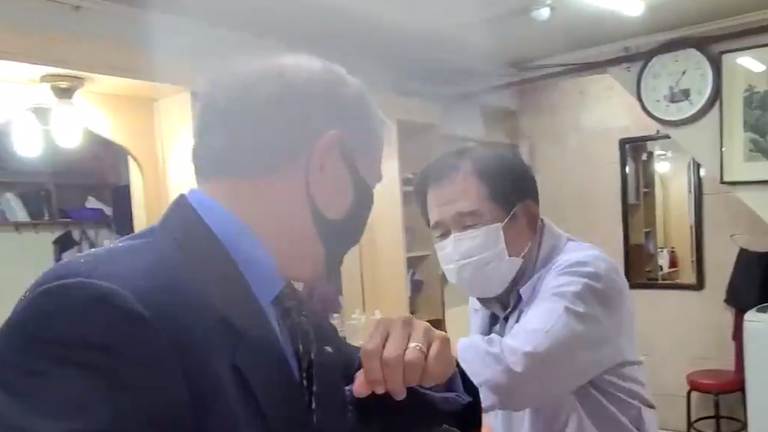 Catching sight of himself in the mirror afterwards, Mr Harris exclaimed: “Wow. I haven’t seen this face in years!”

He thanked his barber, telling him he felt much cooler now that he was clean-shaven under his mask. 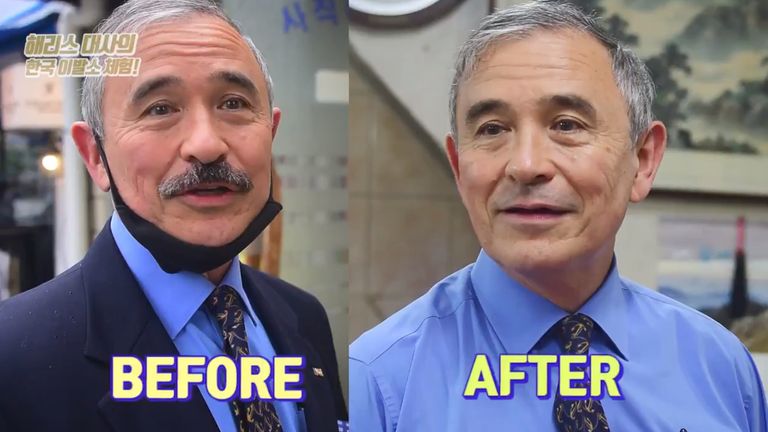 The US ambassador’s makeover will please those who had found his facial hair insulting.

Last year, the Korea Times newspaper wrote that his moustache “has become associated with the latest US image of being disrespectful and even coercive towards Korea”.

There have been recent disagreements between Washington and Seoul over the deployment of US troops in South Korea. The 28,500-strong US force is stationed there to help protect against threats from North Korea.

But Donald Trump and Moon Jae-in have yet to sign a new cost-sharing agreement after the last one expired at the end of 2019, and the US president is said to be exploring cost-cutting options to reduce the country’s military presence abroad.

By Tim Hepher and Johanna Decorse PARIS/TOULOUSE (Reuters) – Airbus <AIR.PA> has shelved plans to add a French assembly line for its A321neo just 10 weeks after the expansion was launched, as the coronavirus fallout spreads to its best-selling jetliner. The move heralds the start of a politically sensitive drive to cut investment and overheads […]

Euro underpins prosperity, not a source of unfairness: Lagarde

FRANKFURT (Reuters) – The euro currency underpins prosperity, European Central Bank President Christine Lagarde said on Thursday, batting back criticism that unfair rules governing the currency bloc are among the sources of recent global trade tensions. “Global trade tensions are arising, essentially, because of perceptions of unfairness – be it over state support for industries, undercutting of […]

From quills to qwerty: Lloyd’s underwriters adapt to home working

By Carolyn Cohn, Noor Zainab Hussain and Jonathan Saul LONDON (Reuters) – Thousands of London’s underwriters took their stamps and fountain pens home last week, which they use to sign insurance contracts, but they won’t need them. Working at home due to the coronavirus lockdown, they have abandoned the normal tools of their trade and […]

US ambassador to South Korea shaves off his controversial ‘colonial’ moustache