MADRID (Reuters) – Spain reacted with outrage on Tuesday to recommendations from Britain and Germany that their citizens avoid its islands and beaches because of an increase in coronavirus cases during what should be the height of the tourism season. 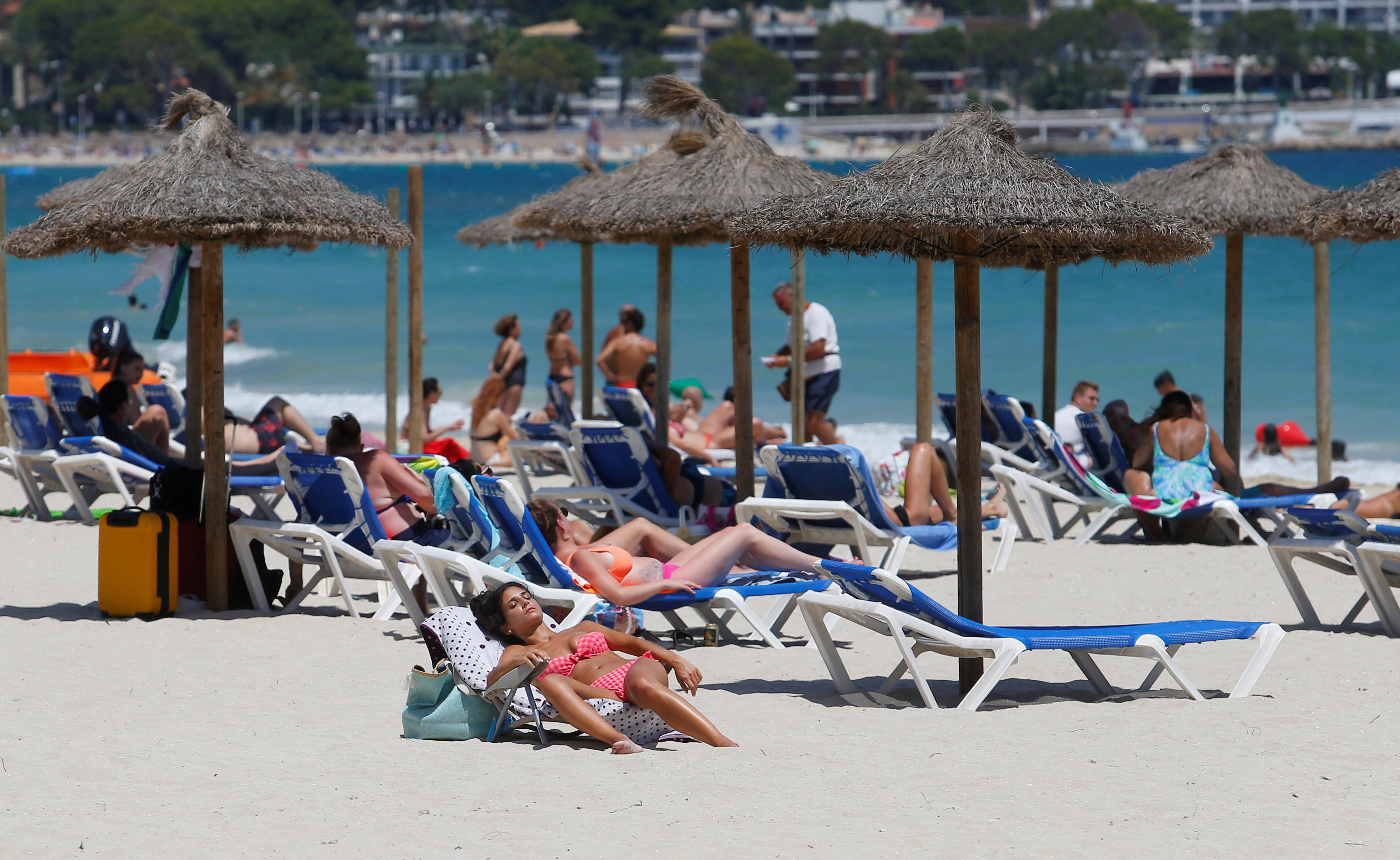 With advisories piling up on top of a quarantine order from Britain for returning travellers, Spain, which depends on summer visits by sun-seeking northern Europeans, is facing a major blow to any hopes of reviving its economy.

Tourism accounts for 12.3% of Spain’s GDP and 12.7% of jobs, Spain’s INE statistics office said, based on 2018 data. The country lost one million jobs between April and June, its biggest ever quarterly decline.

“It’s very unfair because it’s not based on any sanitary criteria,” Francina Armengol, the head of the key tourist Balearic region, told Cadena Ser radio of the travel advisories.

Britain’s decision had no logical explanation, Armengol said, adding that the archipelago’s contagion rate was lower than that of the United Kingdom.

Her comments chimed with those of Spanish Prime Minister Pedro Sanchez, who on Monday said it was a mistake for Britain to have considered Spain’s overall coronavirus rate rather than having a granular, regional approach.

But Britain stood firm, saying it would stick to the sudden quarantine announced on Saturday and its late Monday move to extend a travel advisory against travel in mainland Spain to the Canary and Balearic islands.

‘OUR JOB TO ACT SWIFTLY’

“I’m afraid if we do see signs of a second wave in other countries, it is really our job, our duty, to act swiftly and decisively to stop travellers coming back from those places seeding the disease here in the UK,” he told reporters.

Junior minister Simon Clarke said the British government disagreed with Sanchez’s assessment that imposing a quarantine on travellers from all of Spain was disproportionate. The decision was made in good faith, he said.

Britons make up the biggest group of foreign tourists in Spain, with some 18 million travelling there last year, just over a fifth of the total number of visitors. Some 11.2 million Germans visited Spain, making them the second-largest group.

Spain has recorded 278,782 coronavirus cases and 28,434 deaths, but the infection rate varies widely from region to region, with Catalonia and Aragon hardest-hit by an increase in new cases over past weeks.

A senior Aragon official, Mayte Perez, said the pandemic was under control in most parts of her region and added tourism operators had made huge efforts to guarantee health safety.

Catalonia’s regional government also complained about the move and said more cooperation and coordination were needed within the European Union.

In post-repo squeeze twist, Fed may nudge up interest paid to banks

By Jonnelle Marte (Reuters) – One potential side effect of the U.S. Federal Reserve’s efforts to pump liquidity into the banking system and avoid further unwanted surges in short-term borrowing rates: The central bank may soon have to take measures to keep interest rates from getting too low. Some economists and strategists expect the Fed […]

(Reuters) – Retailers, restaurants and hotels — whose low-paid workers are among the hardest hit in the coronavirus pandemic — got a combined 18% of the $342 billion allocated under a new federal government program to help small firms keep paying their employees during widespread shutdowns, data from the agency running the program showed on […]