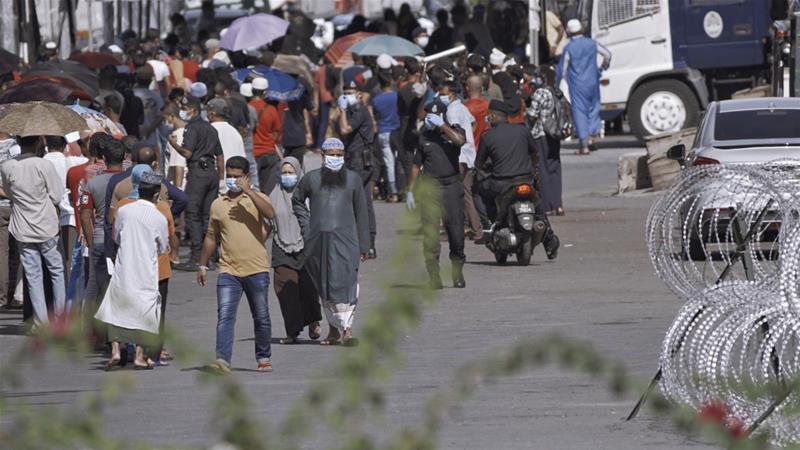 Malaysian authorities say they have arrested a Bangladeshi man and will deport him for criticising the government over its treatment of undocumented immigrants in a documentary by news broadcaster Al Jazeera.

Mohamad Rayhan Kabir has been on the run after police launched an investigation in the July 3 documentary following complaints that it was “inaccurate and biased”.

Al Jazeera has defended its journalism.

“This Bangladeshi national will be deported and blacklisted from entering Malaysia forever,” immigration director-general Khairul Dzaimee Daud said in a statement.

The documentary, titled Locked Up in Malaysia’s Lockdown, investigated undocumented immigrants it said were at risk during the coronavirus pandemic.

More than 2,000 migrant workers were arrested during raids in areas in capital Kuala Lumpur that were placed under tight virus lockdowns.

The Daily Star newspaper in Bangladesh quoted Rayhan Kabir as saying in a WhatsApp message shortly before he was arrested that he did not commit any crime.

“I did not lie. I have only talked about discrimination against the migrants. I want the dignity of migrants and my country ensured. I believe all migrants and Bangladesh will stand with me.”

Police have grilled a group of reporters and staff from Al Jazeera and said they would submit their findings to prosecutors for further action.

Authorities also said Al Jazeera failed to apply for a licence before shooting the documentary, but the Qatar-based broadcaster said it did not need one.

Al Jazeera has called for the right to report freely without intimidation and urged Malaysia to drop the criminal investigation.

Rights activists have voiced concern over a clampdown on freedom of speech and media independence under new Malaysian Prime Minister Muhyiddin Yassin, who took power in March.

Satellite television provider Astro was recently fined by the Malaysian Communications and Multimedia Commission for airing an Al Jazeera documentary in 2015 over the 2006 murder of a Mongolian woman that allegedly contained “offensive content”.

Former Malaysian Prime Minister Najib Razak, whose party was removed in 2018 polls after remaining in power for a long time but made a comeback as part of the new government, was implicated in the murder. He is currently on trial on corruption charges.

Popular online news portal Malaysiakini and its editor face rare contempt proceedings from the attorney general over comments posted by its readers against the judiciary.

A journalist from the Hong Kong-based South China Morning Post was also questioned earlier about her reporting on migrant arrests.

We will use your email address only for sending you newsletters. Please see our Privacy Notice for details of your data protection rights. The seven-time F1 world champion suffered the horrific injury in December 2013 after hitting his head on rocks while skiing in the French Alps. Schumacher has not been seen in public since […]

By Supantha Mukherjee (Reuters) – Netflix Inc <NFLX.O> said on Wednesday it plans to raise about $1 billion in debt to beef up original content, a day after the streaming pioneer doubled its own projections for new customers as stuck-at-home users binged on movies and shows. Shares of the company were down 3% at $420 […]

Barr: U.S. scrutinizing information ahead of 2020 election, including from Giuliani

Warren doubles down on criticizing Bloomberg as U.S Democrats sprint to Super Tuesday