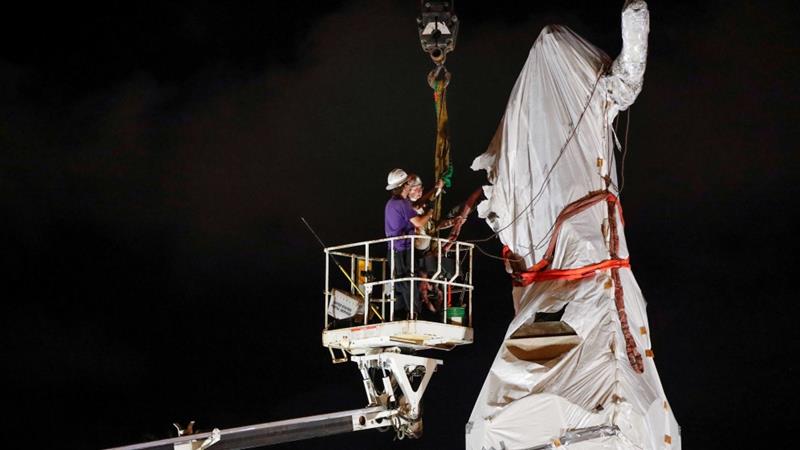 Two statues of Christopher Columbus that stood in Chicago parks were taken down early on Friday at the direction of Mayor Lori Lightfoot, a week after protesters trying to topple one of the monuments to the Italian explorer clashed with police.

Crews used a large crane to remove the statue in downtown Chicago’s Grant Park from its pedestal. A small crowd cheered and passing cars honked as the statue came down at about 3am local time. The second statue was removed at about 5:30am from Arrigo Park in Chicago’s Little Italy neighbourhood.

In a statement issued after the statues were taken down, the Democratic mayor’s office said they were being “temporarily removed … until further notice”. It said the removals were “in response to demonstrations that became unsafe for both protesters and police, as well as efforts by individuals to independently pull the Grant Park statue down in an extremely dangerous manner”.

“This step is about an effort to protect public safety and to preserve a safe space for an inclusive and democratic public dialogue about our city’s symbols,” the mayor’s office said in the statement, which said the statues were removed following “consultation with various stakeholders”. 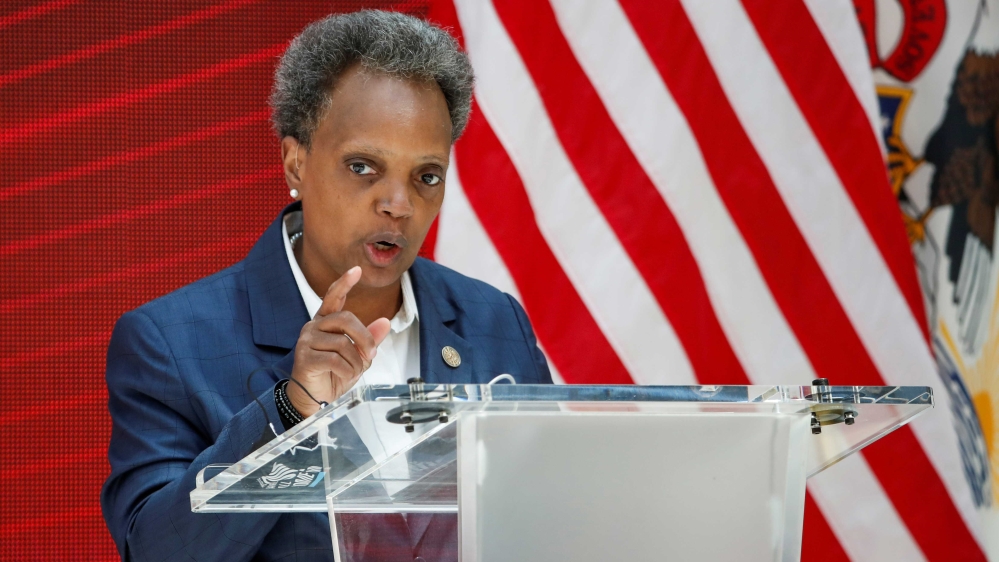 The statues’ removal came after hundreds of protesters gathered on Thursday night near Lightfoot’s home to call for the defunding of the Chicago Police Department. The crowd cheered when an activist used a megaphone to inform them that Lightfoot would be removing the Grant Park statue.

“Thank you for the statue, now defund CPD,” the protesters shouted after an organiser led the crowd in a celebratory chant, the Chicago Sun-Times reported.

Plans to remove the Grant Park statue were first reported on Thursday night by the Chicago Tribune and the removal followed hours of vocal confrontations between opponents and supporters of the statue. On July 17, protesters had clashed with police, who used batons to beat people and made arrests after they say protesters targeted them with fireworks, rocks and other items.

“This statue coming down is because of the effort of Black and Indigenous activists who know the true history of Columbus and what he represents,” Stefan Cuevas-Caizaguano, a resident watching the removal, told the Chicago Sun-Times.

Both the Grant Park and Arrigo Park statues were vandalised last month. Statues of Columbus have also been toppled or vandalised in other US cities as protesters have called for the removal of statues of Columbus, saying he is responsible for the genocide and exploitation of native peoples in the Americas.

Pasquale Gianni of the Joint Civic Committee of Italian Americans said the mayor had told him before their removal that both statues would be moved and temporarily housed elsewhere for public safety reasons.

“The Italian American community feels betrayed. The Mayor’s Office is giving into a vocal and destructive minority. This is not how the Democratic process is supposed to work,” he told WLS-TV.

Lightfoot and the city planned to announce a process “to assess each of the monuments, memorials, and murals across Chicago’s communities, and develop a framework for creating a public dialogue to determine how we elevate our city’s history and diversity”, the mayor’s office added in its statement. 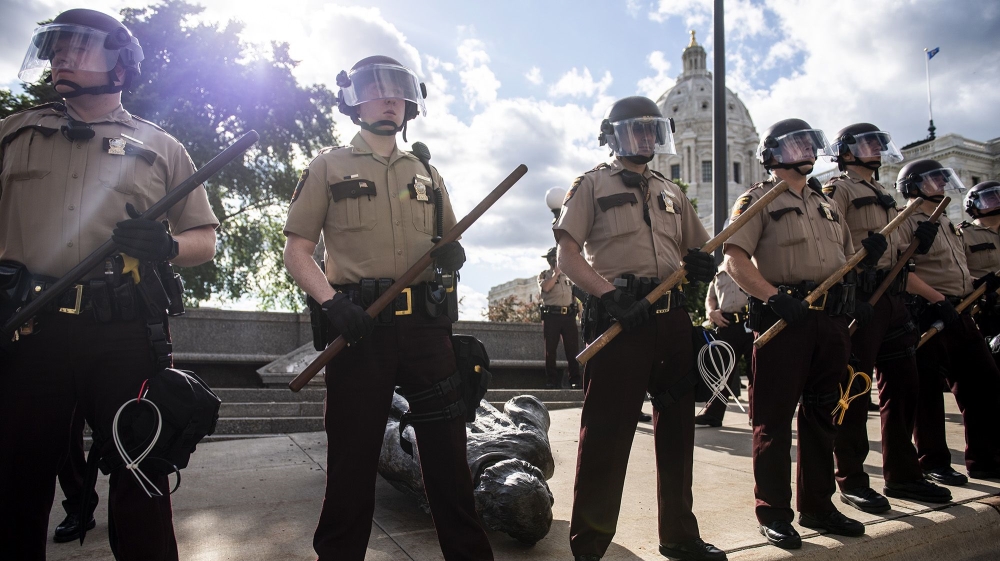 The removals come amid a plan by President Donald Trump to dispatch federal law enforcement agents to the city to respond to gun violence, prompting worries the surge will inhibit residents’ ability to hold demonstrations. A collection of activist groups had filed suit on Thursday, seeking to block federal agents to combat violent crime from interfering in or policing protests.

State officials in Oregon had sued for similar requests following the arrival of federal law enforcement due to nearly two months of protests in Portland since the death of George Floyd in Minneapolis.

By Sonya Dowsett MADRID (Reuters) – Inditex, the owner of fashion chain Zara, may temporarily lay off all 25,000 of its store staff in Spain if the country’s state of emergency extends beyond April 15, in what would be one of the largest such moves in Europe due to the coronavirus outbreak. Employees in logistics, […]

By Andrea Shalal WASHINGTON (Reuters) – Trade is not a driving factor in determining currency rates around the world, and the Geneva-based World Trade Organization lacks the expertise to address the issue, the body’s director general, Roberto Azevedo, said on Tuesday. Azevedo’s comments came a day after the U.S. Commerce Department finalized a new rule […]

MADRID (Reuters) – Ford <F.N> said on Sunday it would shut its Spanish plant in the eastern region of Valencia for one week starting on Monday after three employees tested positive for coronavirus. “We have had three positive cases of COVID-19 in the Ford Valencia plant in the past 24 hours,” the company said, adding […]

EIB to borrow some 50 billion euros in 2020, invest one third in green projects

What secrets? Apple embroiled in row over book by German former executive