Brexit’s UK Chief Negotiator David Frost has delivered a statement which concludes round five of the negotiations with the EU. The UK and EU have just five more months to negotiate the terms and conditions for the future relationship between the two entities. But what did Mr Frost say about this latest stage of Brexit negotiations?

The UK’s chief Brexit negotiator David Frost has cast doubt on any deal being met ahead of the December 31 deadline in a shocking new statement.

Mr Frost said: “We have just concluded our latest round of negotiations with the EU.

“These were the first formal trade discussions to have taken place in London during these talks and were part of the intensified process agreed for July.

“It is unfortunately clear that we will not reach in July the “early understanding on the principles underlying any agreement” that was set as an aim at the High Level Meeting on June 15.” 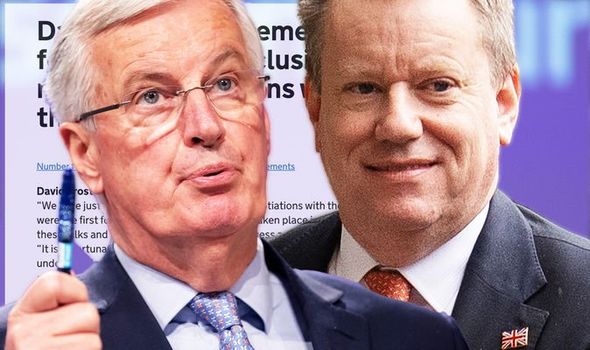 “At that meeting, the Prime Minister set out once again the fundamental principles which we have repeatedly made clear would need to underpin any future agreement and which are intrinsic to the UK’s future as an economically and politically independent country.

“Any agreement needs to honour these principles in full.  The EU’s proposals so far, while a welcome response to the Prime Minister’s statement, do not do so, and therefore substantial areas of disagreement remain.

“Specifically, the EU has listened to the UK on some of the issues most important to us, notably on the role of the Court of Justice, and we welcome this more pragmatic approach.

“Similarly, we have heard the EU’s concerns about a complex Switzerland-style set of agreements and we are ready to consider simpler structures, provided satisfactory terms can be found for dispute settlement and governance.” 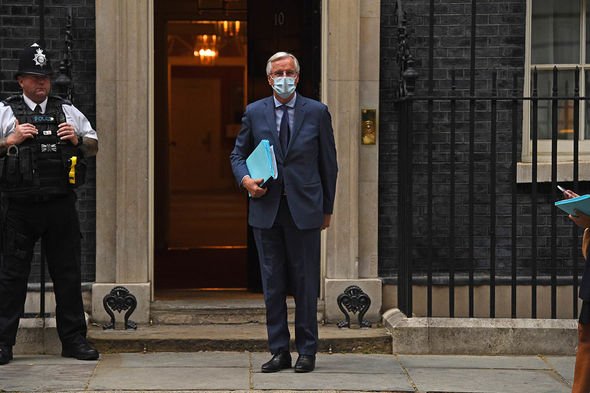 Mr Frost added “constructive” conversations about important areas had been discussed, but large gaps in the “most difficult” areas remain in effect.

In particular, the most contentious areas include the terms and conditions regarding the level playing field and fishing.

The Brexit negotiator said: “We have also had constructive discussions on trade in goods and services, and in some of the sectoral agreements, notably on transport, social security cooperation, and participation in EU programmes.

“We have also continued to deepen our understanding of each other’s constraints on law enforcement.

“But considerable gaps remain in the most difficult areas, that is, the so-called level playing field and on fisheries.

“We have always been clear that our principles in these areas are not simple negotiating positions but expressions of the reality that we will be a fully independent country at the end of the transition period.

“That is why we continue to look for a deal with, at its core, a free trade agreement similar to the one the EU already has with Canada – that is, an agreement based on existing precedents.

“We remain unclear why this is so difficult for the EU, but we will continue to negotiate with this in mind.

“Looking forward, there are large areas of convergence in many of the areas on which we are negotiating and ample precedents and texts on which we can base our work.  We will keep working hard to bridge the gaps and find a way through. 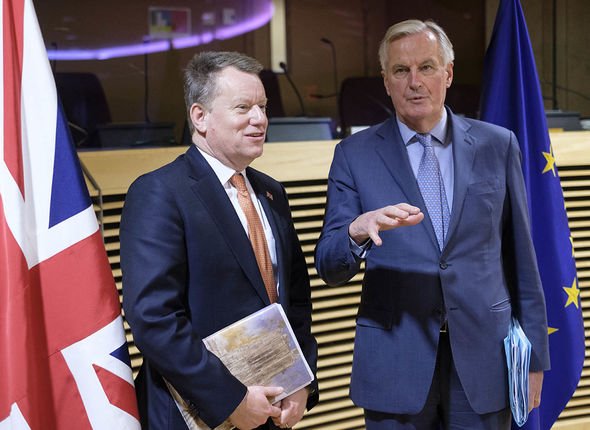 “When the next round of negotiations begins there will be not much more than four months left until the end of the transition period.

“Although we will continue energetically to seek an agreement with the EU, we must face the possibility that one will not be reached, and we must therefore continue preparing for all possible scenarios for the end of the transition period at the end of this year.

“Despite all the difficulties, on the basis of the work we have done in July, my assessment is that agreement can still be reached in September, and that we should continue to negotiate with this aim in mind.

“Accordingly we look forward to welcoming the EU team back to London next week as planned for informal discussions and to the next negotiating Round beginning on August 17.”

We will use your email address only for sending you newsletters. Please see our Privacy Notice for details of your data protection rights. The Home Secretary accused Labour MPs of “dismissing the contributions of those who don’t conform to their view of how ethnic minorities should behave”. A group of 32 Labour MPs wrote to her […]

Treasury: U.S. will be ‘compensated’ for assistance to airlines

This is another News Portal > World News > GM, Mercedes to furlough all workers in Brazil, suggesting production stop