HAJJAH, Yemen (Reuters) – Weighing just 9kg at ten years old, Hassan Merzam Muhammad is so emaciated by the severe malnourishment plaguing hundreds of thousands of Yemeni children like him that he can no longer walk. 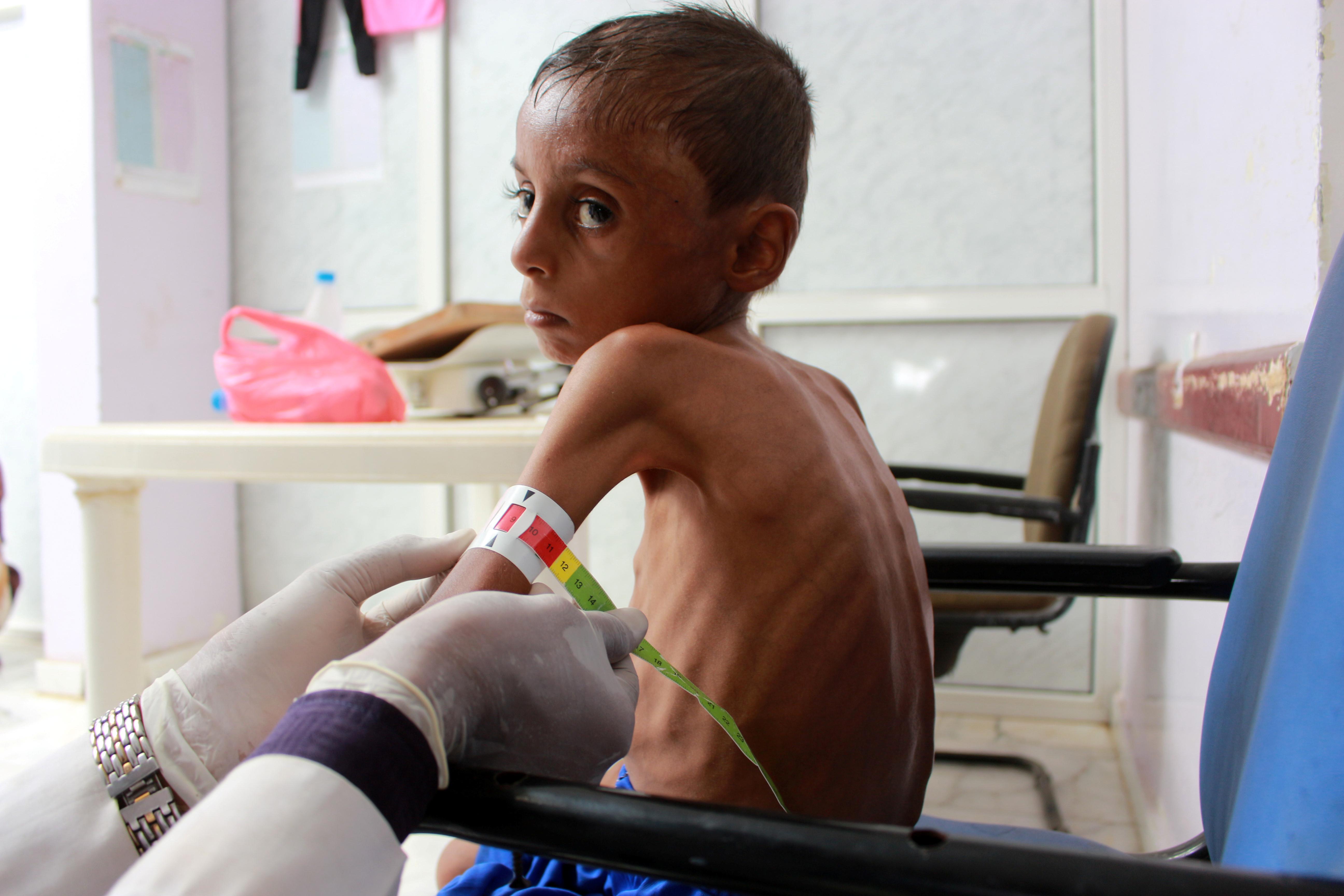 Fears of famine in Yemen are resurfacing, the United Nations says. A U.N. report Wednesday said Yemen was returning to “alarming” levels of food insecurity.

“My son is sick and I don’t know where to take him. He has fever and I’ve nothing to treat him, I can’t even get water,” said Zaina Muhammad, mother to Hassan and his six siblings. “Sometimes we go days without washing.”

Famine has never been officially declared in Yemen. U.N. warnings in late 2018 of impending famine prompted an aid ramp-up after which the World Food Programme fed up to 13 million a month.

“Now all those improvements are at risk,” WFP spokesperson Elisabeth Byrs said.

Despite mounting economic and health pressures on Yemen, the world’s largest aid response is scaling back due to insufficient funding.

Nutrition services for 2.5 million children could cease by the end of August. The WFP already in April halved food aid to alternate months in north Yemen.

“They are on the brink of famine but it is not famine yet… It’s not too late,” she said, appealing to donors.

Displaced five times by war, Hassan’s family now live in rural Hajjah, one of the poorest regions, with no income.

“Warplanes circle above us, Houthi armaments are nearby; we cannot move on,” Zaina said.

Nurse Makieh al-Aslami watched Hassan’s father carry the boy, unable to walk or react, into the malnutrition clinic she runs.

“Hassan has no health problems. His problem is hunger,” she said. “Like all children, Hassan needs play, school… It’s like he’s in a cage, with hunger increasing depression.”

After a few days’ treatment Hassan started to walk about and – mute since birth – used signals to request things.

“He was coming back to life,” she said.

Thin and exhausted herself, Aslami says malnutrition is increasing.

The number of malnourished under-fives could rise by 20% to 2.4 million by year end on funding shortfalls, UNICEF has said.

A Saudi-led coalition intervened in Yemen in March 2015 to restore the Yemeni government ousted from power in the capital Sanaa by the Iran-aligned Houthis. 80% of the population relies on humanitarian aid. 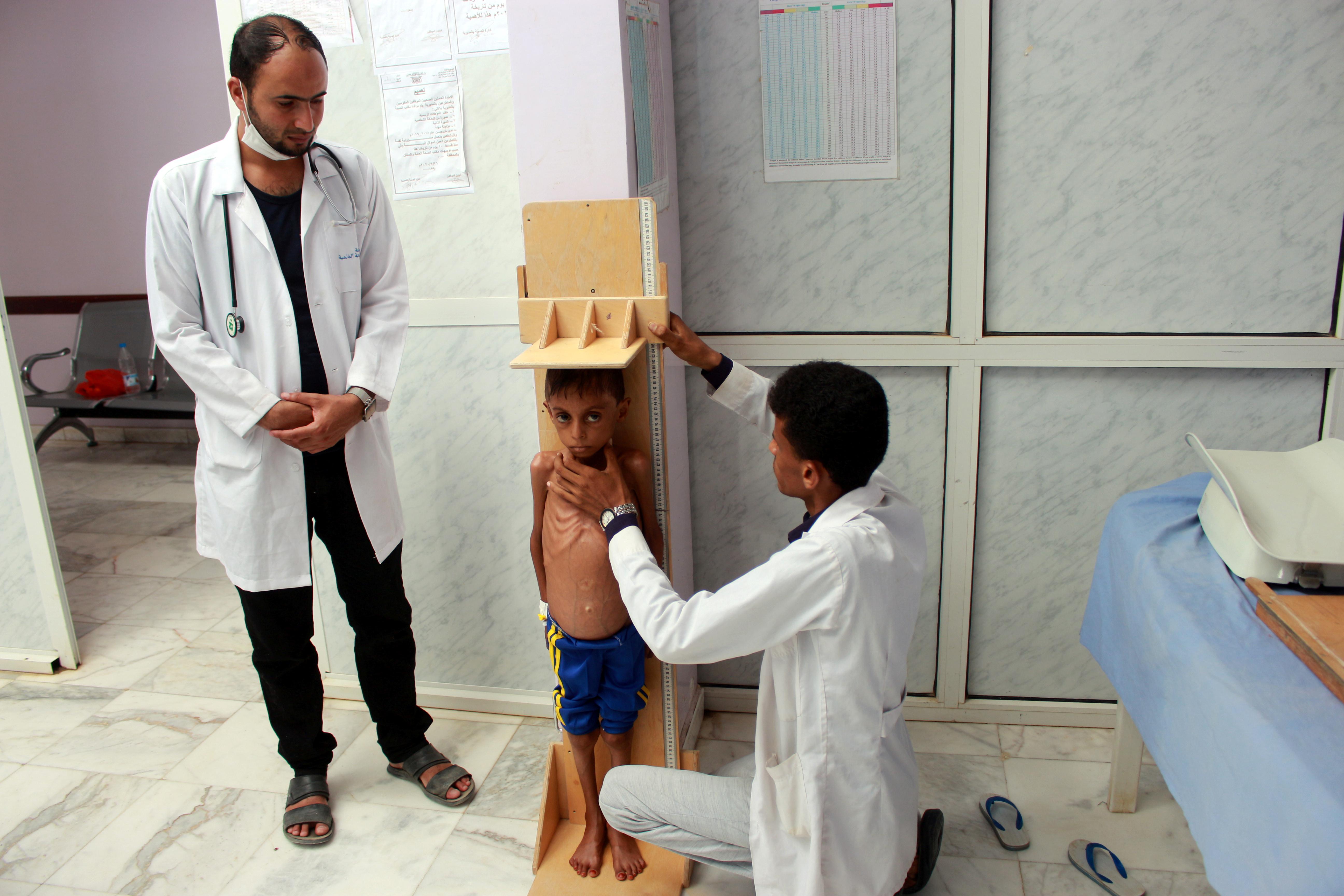 According to the U.N.’s Integrated Food Security Phase Classification (IPC) analysis, 40 percent of south Yemen will face high levels of acute food insecurity in July-December, up from 25 percent in February-April.

IPC data for north Yemen, where most Yemenis live and which is controlled by Houthi authorities, is due in September.

By Lucy Nicholson VAN NUYS, Calif. (Reuters) – A pop-up food pantry in Southern California on Thursday drew so many people that the line of cars waiting for free groceries stretched about a mile (1.6 km), a haunting sign of how the coronavirus pandemic has hurt the working poor. Hundreds of other people, many wearing […]

F-35 logistics system to be reinvented and renamed, official says

By Mike Stone WASHINGTON (Reuters) – The computer-based logistics system of the F-35 stealth fighter jet made by Lockheed Martin <LMT.N>, which has been plagued by delays, will be replaced by another network made by the same company, a Pentagon official said on Tuesday. The Autonomic Logistics Information System (ALIS) was designed to underpin the […]

We use your sign-up to provide content in ways you’ve consented to and to improve our understanding of you. This may include adverts from us and 3rd parties based on our understanding. You can unsubscribe at any time. More info The attack is said to have taken place in Markhalivka, a rural community in the […]