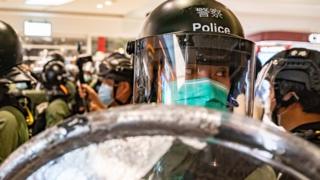 The UK government has unveiled the conditions under which almost three million Hong Kong residents will be able to start on a path to citizenship.

Hong Kong’s British National (Overseas) passport holders and their immediate dependents will have the right to apply for a special UK visa from January, Home Secretary Priti Patel said.

Beijing has previously warned the UK not to meddle in domestic issues.

Foreign ministry spokesman Zhao Lijian said in May that all British National (Overseas) – or BNO – passport holders “are Chinese nationals” and the move would “violate international law”.

However, Ms Patel said on Wednesday that the offer meant the UK was “keeping our promise” to Hong Kong residents “to uphold their freedoms”.

What are the conditions to get the special visa?

BNO holders already have the right to visit the UK visa-free for six months.

However, this will now allow them to apply for two periods of 30 months’ leave or five years’ leave to remain in the UK, and then eventually become full British citizens.

BNO holders are able to bring immediate dependents, including a spouse who does not have the passport, along with children under the age of 18.

No one born after 1997 is entitled to a BNO passport, and it does not pass down through the generations. However, holders’ children who were born in 1997 or later and are older than 18 will be able to apply if they are part of a family unit.

Applicants do not have to have a job before arriving in the UK, and there is no minimum salary attached to the visa. However, the passport holders must be able to support themselves financially and will not qualify for benefits.

They will need to have a tuberculosis (TB) test certificate and no serious convictions, though those convicted only of offences related to the recent demonstrations in Hong Kong will still qualify.

They also need to show a commitment to learn English.

Why is the UK offering the special visa?

Hong Kong is a former British colony, which was handed back to China in 1997.

But before Hong Kong was returned, the UK and China made an agreement to introduce “one country, two systems”, which meant, among other things, rights such as freedom of assembly, free speech and freedom of the press would be protected.

But the UK says this agreement – known as the Joint Declaration – is under threat because the territory passed a new law in June that gives China sweeping new controls over the people of Hong Kong.

What is the new security law?

China has said the law is necessary to prevent the type of protests seen in Hong Kong during much of 2019. However, the law has caused alarm both in Hong Kong and abroad, with opponents saying it erodes the territory’s freedoms as a semi-autonomous region of China. 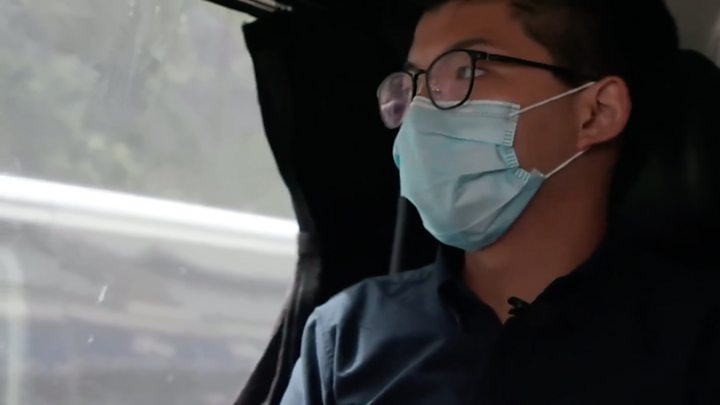 Champagne, Because You’re Worth It

Bollinger, a Champagne house with a long history, tends to produce wines that are more richly pinot noir-driven than many (at least 60 percent in any cuvée). Most notable is its Vieilles Vignes Françaises, produced only from pre-phylloxera pinot noir grapes, grown on a couple of tiny plots. Now it has introduced an entirely new […]

Whydah Gally: Explorer discusses shipwreck find in 2008 When you subscribe we will use the information you provide to send you these newsletters.Sometimes they’ll include recommendations for other related newsletters or services we offer.Our Privacy Notice explains more about how we use your data, and your rights.You can unsubscribe at any time. A British diver […]

By Leika Kihara RIYADH (Reuters) – The Bank of Japan will be fully prepared to take necessary action to mitigate the impact of the coronavirus on the world’s third-largest economy, its Governor Haruhiko Kuroda said. Kuroda said there was no major change to the BOJ’s projection that Japan’s economy would keep recovering moderately thanks to […]