LONDON (Reuters) – The European Union is about to vault into the ranks of the world’s biggest supranational issuers after it gave the green light to a recovery fund financed via joint debt, a move that carries the potential to shake up euro debt markets. 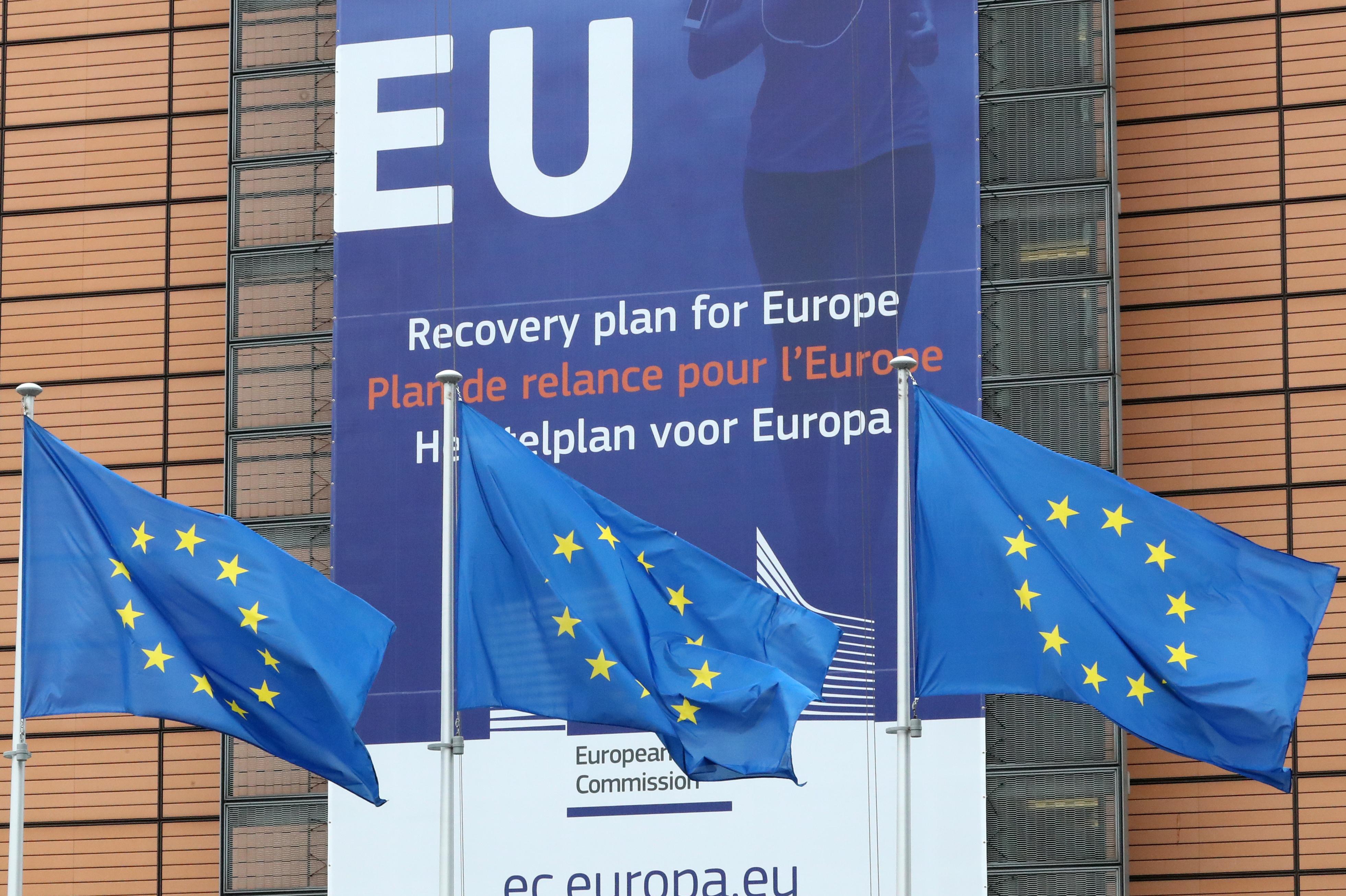 EU leaders have agreed a deal on a 750 billion euro ($858 billion) fund to address COVID-19 damage; together with its seven-year budget, that unlocks a total 1.8 trillion euro spending boost.

Until now, the EU as an institution has contributed a fraction of the bloc’s roughly 8.5 trillion euro market of government and agency bonds. But the money it’s about to start raising could push its debt levels above that of member states such as Netherlands.

“For the first time, the European Union will be a major force on sovereign debt markets,” said Berenberg chief economist Holger Schmieding.

But if the entire 750 billion euros is raised on bond markets, issuance could amount to 262.5 billion euros next year and in 2022, with the remaining 225 billion euros coming in 2023, ING senior rates strategist Antoine Bouvet estimates.

The International Bank for Reconstruction and Development has roughly $201 billion of outstanding debt.

The EU also will borrow nearly 100 billion euros starting in September to fund its SURE unemployment scheme.

But the issuance won’t significantly reduce bond supply from highly indebted states such as Italy just yet, given it will be spread out over some years.

It will also address one of the euro’s drawbacks for reserve managers: the lack of a big pool of “safe” assets, comparable with U.S. Treasury bonds – a triple-A rated market worth over $17 trillion.

German, French and Italian bond markets combined are less than half that size, and only Germany carries the AAA score.

The EU however, has a triple-A rating from Moody’s, Fitch, DBRS and Scope. S&P Global rates it AA. Agencies suggest the upcoming debt surge is not yet a threat to the ratings.

With the EU Commission planning to target 30% of the fund to climate projects, a third of the recovery fund could be financed via green bonds, S&P Global predicts. That would boost the size of the global green bond market by 89%.

“At a time where markets are looking for safe borrowers, this should be an example for other supranational institutions (like the World Bank) to finance badly needed investments, in particular to fight global warming,” said Florence Pisani, global head of economic research at Candriam.

The European Central Bank will also get an opportunity to ramp up purchases of supranational debt for its stimulus programme.

The first few months of the ECB’s emergency bond-buying scheme launched in March saw it buy a smaller share of supra debt than usual, BNP Paribas noted, but the bank expects up to 96 billion euros worth of fresh supra supply in coming months.

It expects the share of PEPP purchases of public bonds allocated to supranational debt could rise to at least 10% in the second half of 2020 from 7.5% now.

The acquisition-hungry Infratil has placed a A$700 million ($712m) bid for Australian radiology chain Qscan. Read More $300m data centres for Hobsonville, Silverdale Super Fund takes stake in Healthscope “The discussions are ongoing and incomplete and may not result in a transaction occurring,” the company said in a statement to the NZX. Infratil has placed […]

The UK economy may have grown by as much as 17% in the three months to the end of September, says the EY Item Club, but slower growth may follow. Shoppers splurged during the period as coronavirus lockdown restrictions were lifted, it said. It is a rosier vision than the one offered by Item Club […]

NEW YORK (Reuters) – Global stock indexes rose and 10-year U.S. Treasury yields topped 1% for the first time since March on Wednesday as Democratic control of the U.S. Senate following Georgia’s runoff elections appeared more likely.Slideshow ( 4 images )The S&P 500 was up more than 1% as investors snapped up financial and industrial […]

Tesla to slash on-site staff at Nevada factory by 75% due to virus: county manager