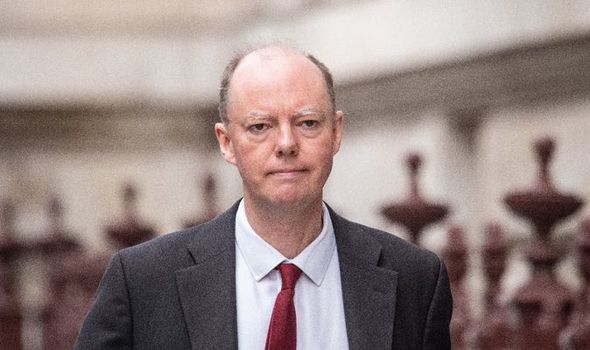 His grim prediction was in stark contrast to Boris Johnson’s optimistic plans to try and get the country back to normal by Christmas.

In a further sign of a simmering rift between the PM and his top advisers, both Sir Patrick and chief medical officer, Professor Chris Whitty, said the coronavirus challenges in the UK will be “very much greater” in the winter.

The Prime Minister said he is aiming for life in the UK to return to something close to normal by December.

But he warned the country must “plan for the worst but hope for the best” as he announced £3 billion of extra NHS funding and unveiled new “lightning lockdown” powers to enable councils to pounce on local outbreaks.

Just hours later Sir Patrick told members of the House of Lords Science and Technology committee: “As you release measures it is inevitable as you get more contacts that you will see more cases.

“Come winter, the challenges will be very much greater and of course there is a risk that this could need national measures.”

Professor Whitty, also hinted lockdown rules might return as colder weather sets in, explaining people may have “a group of things you could do for three seasons of the year but it may be that in winter this is more difficult”. 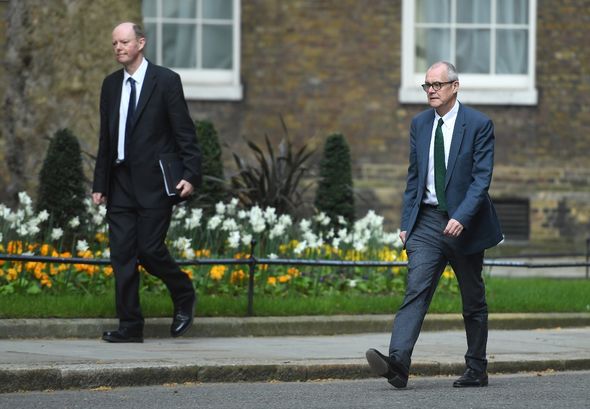 His intervention came as Mr Johnson was putting the finishing touches to his new coronavirus roadmap, including urging workers to return to their offices and factories.

However, in a significant softening of the PM’s tone on the issue, Mr Johnson stopped short of ordering workers to return, instead putting the onus on employers to make the call.

Explaining that winter is the exact time not to lift lockdown rules, chief medical officer Professor Whitty said: “I think there are probably – and this is a very common view along doctors and scientists who looked at this – a group of things you could do, probably, for three seasons of the year but it may be that in winter this is more difficult because winter so benefits respiratory viruses – that’s why we get the flus and the colds and coughs in winter.

“So we do have to accept we may be able to do things for a period; it’s possible that in winter we may have to do some other things and I think we just have to be honest about that and the Prime Minister, I think, made that very clear this morning.”

Sir Patrick added: “As you release measures it is inevitable as you get more contacts that you will see more cases. That’s what happens.

“And the model that you can see around the world, and here, is that the most likely thing is that you get an increase in local outbreaks – and those outbreaks may be very local – which you need to act on quickly and deal with in a way that’s proportionate to whatever’s happened, so you don’t end up with widespread lockdowns or measures to try and deal with that across the whole of society when in fact the problem’s local.

“Come winter, the challenges will be very much greater and of course there is a risk that this could need national measures as well.”

We will use your email address only for sending you newsletters. Please see our Privacy Notice for details of your data protection rights. Mark Drakeford told LBC that more communication is needed between Boris Johnson and the devolved administrations during the coronavirus pandemic. Mr Drakeford has echoed similar calls made by Scottish First Minister Nicola […]

WASHINGTON (Reuters) – A top official in the Michigan, a battleground U.S. election state, on Thursday condemned a computerized phone call campaign for using “racially charged stereotypes” to discourage voting by mail. Michigan Secretary of State Jocelyn Benson, a Democrat and the state’s top election official, posted on Twitter a recording of the robocall, in […]

‘Not our job!’ French police tells reporter they ignore migrant crossing due to legality