A lower-caste Dalit couple in Madhya Pradesh state attempted suicide after police beat them and destroyed their crops. 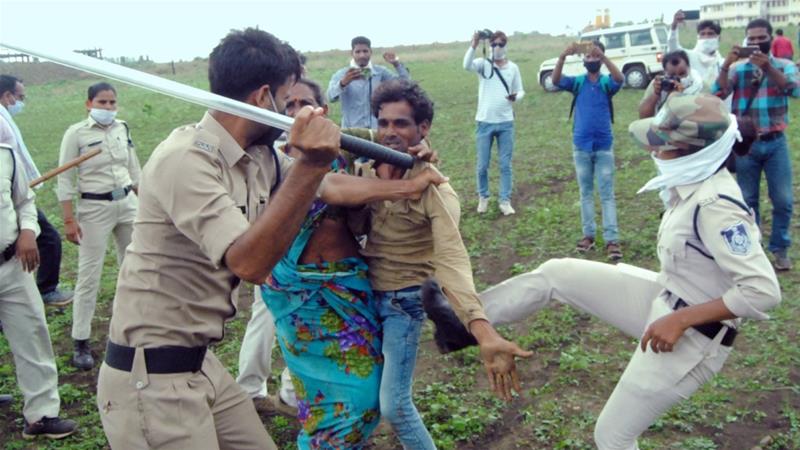 A lower-caste Dalit couple in India attempted suicide after police beat them and destroyed their crops, causing outrage over the latest case of police brutality against marginalised sections of society.

An online video showing half a dozen police officers dragging and beating the couple with sticks to evict them from government-owned land in central Madhya Pradesh state has been viewed more than one million times since it was posted on Tuesday.

Videos and photos shared on social media showed police assaulting the couple – Ram Kumar Ahirwar, 38, and Savitri Devi, 35 – along with their children, who were seen sobbing as their parents fell unconscious.

“… When our standing crop has been destroyed, we don’t have other option, but to kill ourselves,” Devi was quoted as saying by the ndtv.com news website.

The couple consumed pesticide moments after the eviction and were rushed to hospital, S Vishwanath, head of the local administration, told a news conference late on Wednesday, hours before he and the police chief were removed from their posts.

The couple are believed to be in a stable condition at a government hospital in Guna district of Madhya Pradesh. But the police have registered a case against them for trying to obstruct public servants from the discharge of their duty.

“To force a couple to attempt suicide by damaging their crops … is most cruel and shameful,” Kumari Mayawati, a Dalit political leader, said on Twitter.

“Nationwide condemnation of the incident is natural. Government should take strict action.”

Government and senior police officials were not immediately available for comment.

The eviction was part of a drive to stop encroachment on land and the area the couple was farming had been allotted for the construction of a college, a policeman told Reuters. He declined to be named as he was not authorised to talk to the media.

N Kumar, a neighbour of the couple, told the Thomson Reuters Foundation

Six police officers were suspended on Thursday and the state government has ordered an investigation into the incident.

The main opposition party in the state, the Congress, blamed the ruling Bharatiya Janata Party (BJP) for the police brutality. “[Chief Minister] Shivraj Singh Chouhan’s shameless display of arrogance,” the party tweeted. “His police force brutally beat up a farmer couple and tore the woman’s clothes. The children are screaming. The end of this blind, deaf and dumb government is near.”

Former chief minister of the state, Kamal Nath, also condemned the “merciless” beating of the Dalit couple. “What kind of jungle raj [rule] is this?” he tweeted.

The case comes weeks after a father-son duo died in police custody in the southern state of Tamil Nadu. At least five policemen have been arrested over the deaths that caused a public outcry.

India banned discrimination based on caste – a system which divided Hindus into groups based on occupations – in 1955. But centuries-old biases against lower-caste groups persist, making it harder for them to access education, jobs and homes.

A growing population and rising pressure on land to build homes, highways and industry is triggering conflicts, with lower-caste citizens often facing eviction, particularly in rural areas where biases are most entrenched, campaigners say.

More than half of India’s lower-caste population is landless, according to census data. Several states have laws aimed at giving land to Dalits but few have produced results, according to Dalit activists and leaders.

“They were begging the police to not destroy their crops as they were in debt … but the police did not listen to them,” N Kumar, a neighbour of the couple, told the Thomson Reuters Foundation by phone from Nankhedi village.

He said the couple had asked the police to wait for two months so that they could harvest their crops.

Ram Prakash Sharma, a tribal and Dalits’ rights activist in Madhya Pradesh, described the incident as “unfortunate” and urged authorities to do more to help the couple.

“The Dalits in Madhya Pradesh are one of the most backward people and they do not own farming land,” he told Reuters.

“The government must provide this couple a house and employment so that they can feed their kids and not die of starvation.” 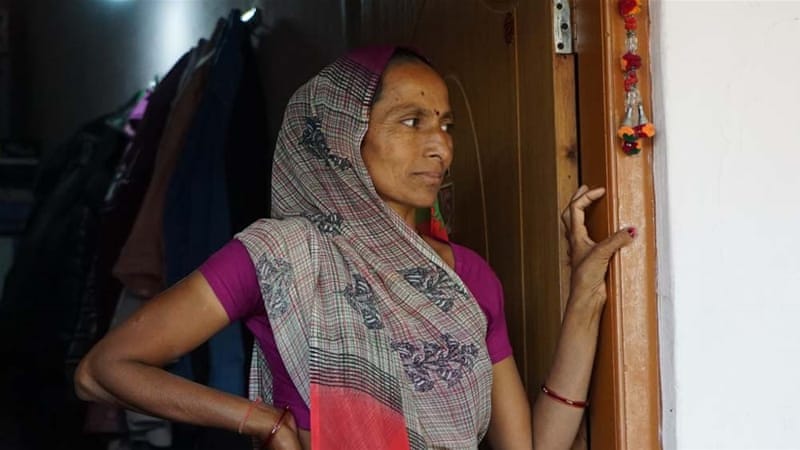 DAVOS, Switzerland (Reuters) – Spain’s Socialist prime minister, Pedro Sanchez, reiterated on Wednesday that his new government was committed to decreasing the budget deficit and debt levels. “We maintain our commitment to reducing the deficit and public debt levels, which will undoubtedly generate greater confidence among economic agents and enable us to have a government […]

(Reuters) – Twitter Inc said on Thursday that it was testing a new community moderation approach that would enable users to identify misleading information posted by politicians and public figures and add brightly colored labels under those tweets. NBC News earlier reported that Twitter company documents showing a mockup of the new approach were accessible […]

(Reuters) – Federal prosecutors investigating Boeing Co <BA.N> are examining whether the U.S. planemaker knowingly misled the Federal Aviation Administration while it was seeking approval for its 737 MAX jet, the New York Times reported, citing two people familiar with the matter. Boeing said it was cooperating with the U.S Department of Justice investigation. The […]