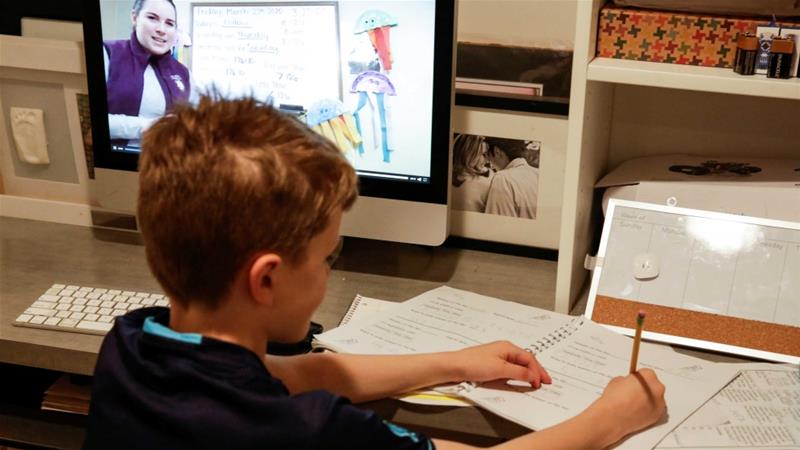 After being told to return to remote education in the fall (autumn), Los Angeles teachers are demanding greater technology support to avoid the chaos they say they faced when the COVID-19 pandemic forced schools to abruptly switch to online learning in March.

The nation’s second-largest school district and the union representing its 30,000 teachers were due to open negotiations on Thursday to hammer out work rules governing instruction for some 700,000 children at home.

The Los Angeles Unified School District (LAUSD) and United Teachers Los Angeles have so far spoken only in broad terms about how they aim to improve an online instruction formula that Grace Regullano, the union’s research director, called “crisis learning”. 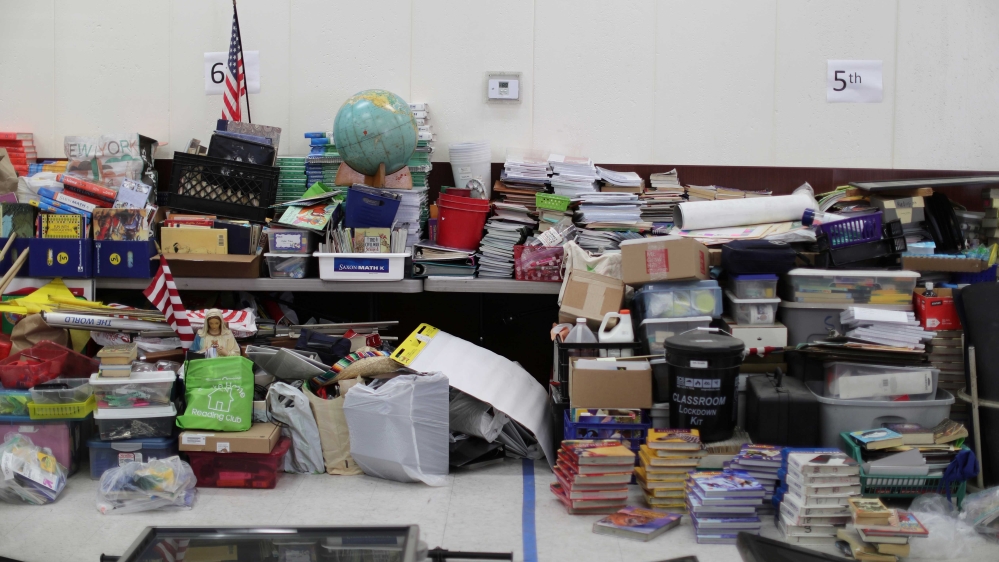 She and other union members said increased funding for better connectivity, equipment and information-technology support – especially for students with disabilities and those from poorer households – was at the top of the list.

So, too, is rolling out more age-appropriate online learning programmes to ensure children from kindergartners to high schoolers are getting an education tailored for their academic level.

“What happened in the spring is not what’s going to be happening in the fall,” Regullano said, recounting the myriad problems the district encountered making the transition to distance learning “at a day’s notice” in mid-March.

This time, educators have five weeks to prepare.

The district said on Monday it planned to offer classes entirely online – and keep its nearly 1,400 campuses closed – when the new academic year starts on August 18. San Diego schools said they would follow suit on August 31.

School officials cited “skyrocketing” coronavirus infection rates and pointed to a lack of adequate public health safeguards, including vastly expanded diagnostic testing, to ensure the safety of students and staff. The move was strongly supported by the teachers union.

The decision puts California’s two largest school systems at odds with districts elsewhere that plan to bring students back to the classroom and with President Donald Trump, who has pressed for a full reopening of all schools nationwide.

The Trump administration argues children are at relatively low risk from COVID-19 and better off in school for their own development and to allow working parents to return to their jobs.

Public health professionals warn that children, although less likely to develop severe illness, can become sick from the virus and also pose a transmission risk to more vulnerable people.

‘Too much of a risk’

The announcement brought mixed emotions from parents, who worry about their children’s exposure to the virus but also bear the burden of acting as at-home surrogate teachers.

“It’s just too much of a risk to have our children out there, but also our teachers,” said Brenda Del Hierro, a 33-year-old homemaker whose eight-year-old son has attention deficit-hyperactivity disorder and requires extra attention to keep him focused on school work. 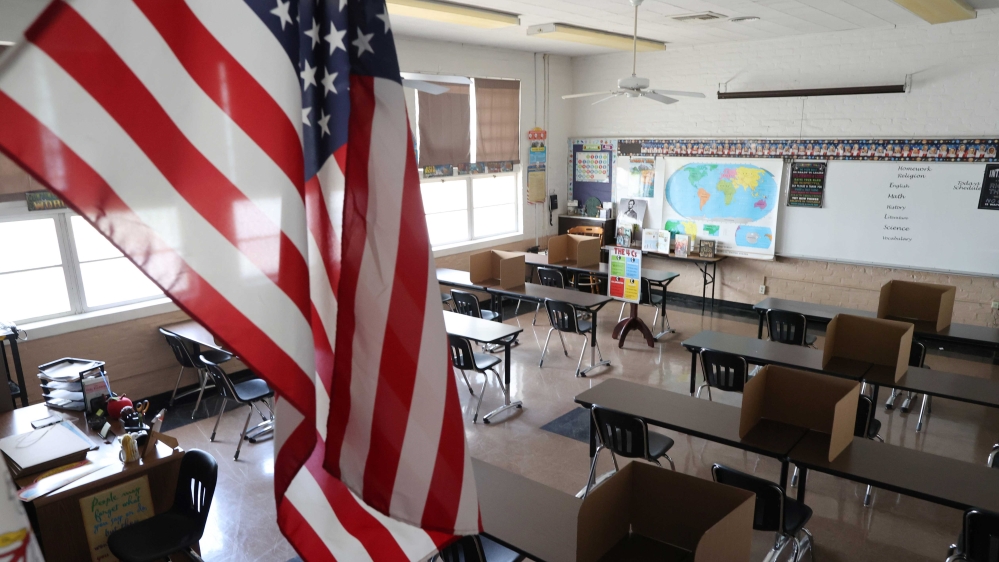 Lower-income parents “won’t be able to be there in the same way (to oversee their children’s lessons at home) because they’re forced to work,” she said.

The abrupt shift to distance learning in the spring also exposed inequities within the schools themselves, as teachers struggled to cobble together online instruction using a hodgepodge of laptops, iPads and other devices their students had at home with little or no tech support.

“Not only am I planning online classes, but I’m the IT help and go-between,” said Aurora Mireles, 51, a first-grade teacher at Rowan Avenue Elementary School in East Los Angeles. “We’re having to learn and teach the kids at the same time.”

Mireles said she ended up using her own money to buy a computer monitor, docking station and wireless keyboard to augment the laptop the district gave her to conduct online lessons.

Moreover, the families of many of her students were grappling with significant crises over housing and food due to job losses from the COVID-19 pandemic.

The Los Angles district and teachers union have offered few details on how they intend to overcome obstacles that have impeded at-home learning to date.

A hotline set up by the district for parents advises them that online instruction in the fall will be similar to what students experienced in the spring, including daily engagement with their teachers who will regularly assess their progress and guide instruction.

But it remained unclear whether students will be graded or whether report cards will even be distributed. An LAUSD spokeswoman told Reuters in an email the district was still finalising its plans. 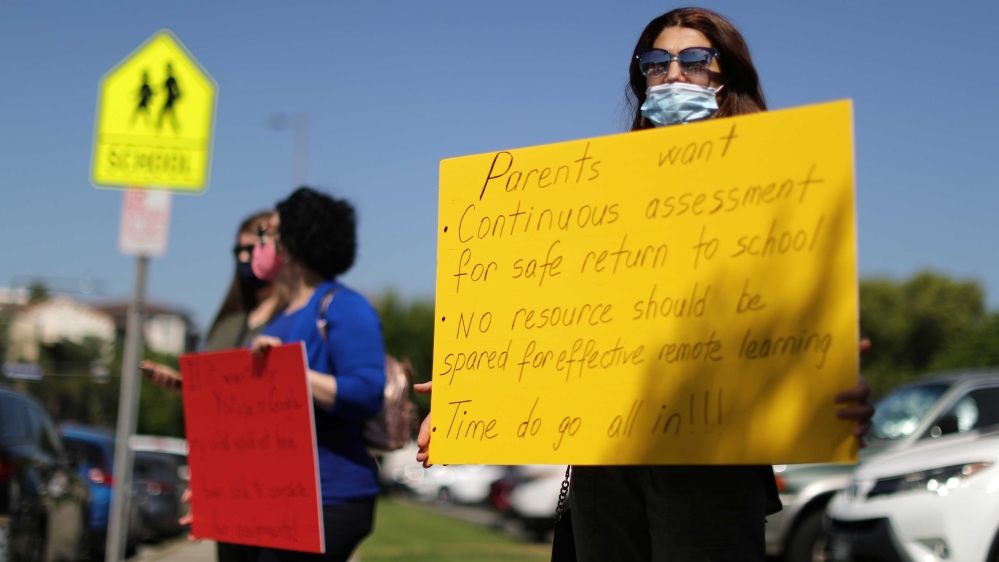 The decision to stick with online-only learning has given many parents pause, however.

Powell, with a full-time job she has worked from home since the outbreak began, has been solely responsible for overseeing the daily school lessons of her three sons, aged 5, 9 and 11.

She said the first thing she did when she heard LAUSD would return to at-home instruction was to call her therapist for an appointment.

A man in his 30s has died after being swept out to sea by the current after falling from his kayak during the heatwave over the weekend. Emergency services rushed to the Dee Estuary, off the coast of Caldy in Wirral, Merseyside, at around 3.30pm on Saturday after receiving reports that two kayakers were in […]

By Sinead Cruise and Lawrence White LONDON (Reuters) – Many banks in Britain are unlikely to hit an October deadline to stop writing loans tied to the discredited Libor benchmark as they grapple with upgrading to crucial new software that allows them to use replacement reference rates, industry sources said. It is another sign of […]

By Maximilian Heath BUENOS AIRES (Reuters) – President Alberto Fernandez said he has set a March 31 deadline to renegotiate Argentina’s rampant public debt and that a more “innovative” International Monetary Fund approves of the direction his government is taking. Argentina is in talks with bondholders and other creditors to restructure about $100 billion in […]

Oh no, Joe! Support for Biden erodes among OWN party – trouble brewing for US President

Occidental to add three of Icahn’s associates to board

Opinion: The leak is the least of the Supreme Court’s problems; the Court has violated the nation’s trust

Siemens to decide by Monday on controversial Australian coal mine project

FCA sticks to investment plan for Italy, no redundancies: unions

Ask Amy: A woman waits for an “I love you” – The Denver Post