Boris Johnson has promised to set up an independent inquiry into the government’s handling of the coronavirus pandemic.

The prime minister resisted calls for it to be formed now, given the warnings of how deadly a second COVID-19 spike could be this winter.

He was challenged to commit to it by Sir Ed Davey, acting leader of the Liberal Democrats. 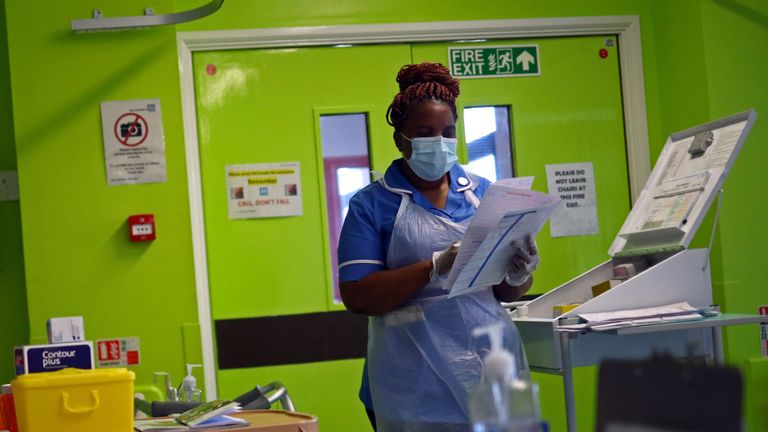 “Under this prime minister, we’ve suffered one of the worst death rates in the world and Europe’s worst death rate for health and care workers,” the former cabinet minister under the Conservative/Lib Dem coalition government said in parliament.

“If he still rejects an immediate inquiry, will he instead commit in principal to a future public inquiry – yes or no?”

Mr Johnson has been asked the question several times and insisted the government is constantly learning lessons, but went slightly further at Prime Minister’s Questions on Wednesday.

He said: “I do not believe now, in the middle of combating the pandemic, is the right moment to devote huge amounts of official time to an inquiry.

“But of course we will seek to learn the lessons of this pandemic in the future and certainly we will have an independent inquiry into what happened.” Some have questioned whether Mr Johnson is already preparing for an inevitable inquiry, after his comments that “too many care homes didn’t really follow the procedures in the way that they could have”.

Ministers have been put under new pressure for the probe to be set up given a warning from top scientists and academics this week that 120,000 people could die in hospitals in the “reasonable worst-case scenario”.

We use your sign-up to provide content in ways you’ve consented to and to improve our understanding of you. This may include adverts from us and 3rd parties based on our understanding. You can unsubscribe at any time. More info UK security services now have “proof” an agent swiped the blueprint from the pharmaceutical company […]

Brexit 'solely responsible' for fishing issues says Karleskind When you subscribe we will use the information you provide to send you these newsletters.Sometimes they’ll include recommendations for other related newsletters or services we offer.Our Privacy Notice explains more about how we use your data, and your rights.You can unsubscribe at any time. Rick Stein discussed […]

National leader Judith Collins has further clarified her party’s position on vaccine mandates, saying she backs the Government’s decision to mandate that employees of certain businesses be vaccinated. National has faced criticism for what appears to be a shifting position on vaccinations after saying that the Government’s decision to give vaccinated people greater freedom’s created […]