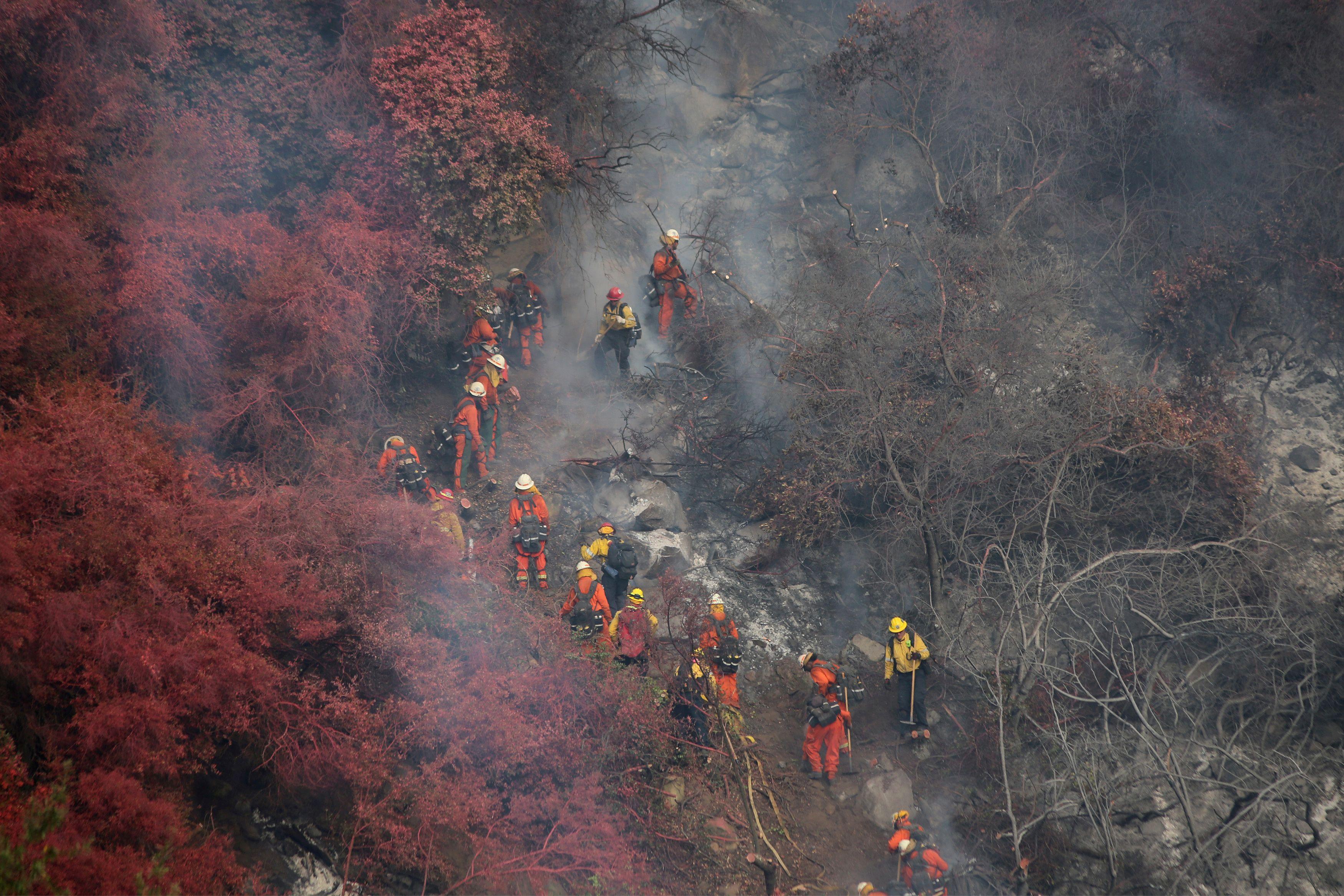 (Reuters) – Wildfires threaten the economy of the western United States to a greater extent than the rest of the country, and the coronavirus pandemic and climate change will only make that worse, according to research from the San Francisco Fed on Monday.

Some 52% of economic output in Arizona, California, Idaho, Nevada, Oregon, Utah, and Washington originates in counties with elevated wildfire hazard, putting the economies of the region in jeopardy as wildfires become more frequent and more destructive, the researchers found. By 2040 that proportion will have risen to 56%, they estimate. By comparison, about 25% to 30% of the Southeast’s economy faces elevated wildfire risk.

The states together account for a bit more than one-fifth of U.S. economic output.

“The portion of real output produced in (the counties of these states) with elevated exposure increases from $2.1 trillion in 2018 to $4.0 trillion in 2040 in the baseline scenario,” the researchers wrote in the regional Fed’s latest Economic Letter. The economic output under particular wildfire threat rises to $4.4 trillion under a more severe climate change scenario, they said.

Wildfire risk is a combination of the likelihood of a big fire happening – which climate scientists have shown has been rising as the planet warms – and the economic destruction, in terms of lives and livelihoods destroyed that it could cause.

The coronavirus pandemic is increasing the latter risk because the fiscal pinch to states and local governments from the drop in sales tax and other revenue means cuts to wildfire suppression and prevention spending, the researchers said.

SINGAPORE (Reuters) – Singapore Exchange’s <SGXL.SI> regulatory chief called on listed companies to provide “prompt and high quality” information on the impact of the novel coronavirus on their business or risk a loss of investor confidence. SGX RegCo’s CEO Tan Boon Gin gave the guidance in a column on Wednesday, just as Singaporean companies begin […]

By Sabine Siebold and John Chalmers BRUSSELS (Reuters) – EU leaders made no headway on Thursday in fractious talks on a joint 2021-27 budget that was left with a 75 billion euro ($81 billion) hole after Britain’s departure at a time when they face costly new challenges from climate change to migration. The joint budget […]

By Hugh Bronstein and Rodrigo Campos BUENOS AIRES/NEW YORK (Reuters) – Argentina’s ambitious target to strike a deal with bondholders to revamp almost $70 billion in debts by the end of March was never going to be easy. Now a coronavirus outbreak and crashing bond markets threaten to complicate things further. The South American country […]

Victoria erupts as lockdown continues despite virus average dropping below 5

U.S. returns another $300 million of recovered 1MDB funds to Malaysia

Stock futures back off on U.S.-China frictions; Intel sinks