The execution of Daniel Lee was delayed after family of his victims raised concerns over the coronavirus pandemic. 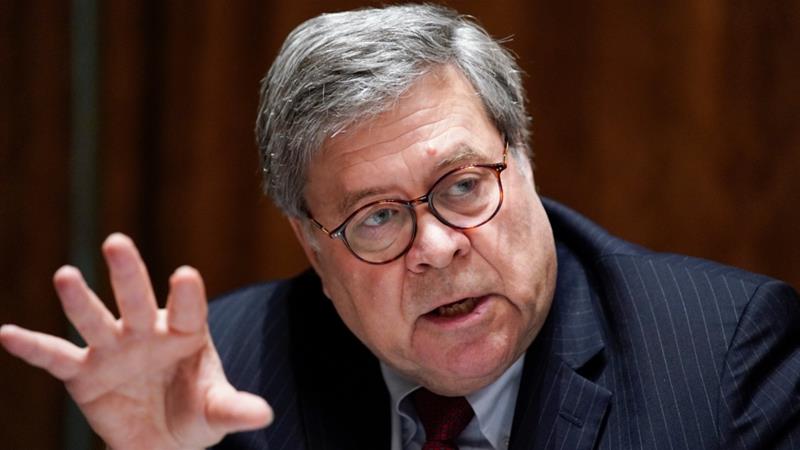 The United States Justice Department filed an emergency motion with an appeals court seeking to move forward with the first federal execution in nearly 20 years.

Daniel Lee, 47, had been scheduled to die by lethal injection on Monday at a federal prison in Indiana. He was convicted in Arkansas of the 1996 killings of gun dealer William Mueller, his wife Nancy, and her eight-year-old daughter Sarah Powell.

But Chief District Judge Jane Magnus-Stinson ruled on Friday in Indiana the execution would be put on hold because of concerns from the family of the victims about the coronavirus pandemic, which has killed more than 130,000 people and is ravaging prisons nationwide.

The Justice Department is seeking to immediately overturn that ruling. In the emergency motion to the 7th US Circuit Court of Appeals on Saturday, it argued the judge’s order “misconstrues both federal and state law and has no basis in equity”. The motion asks the appeals court to permit the government to carry out the execution on Monday afternoon.

“The capital sentence at issue here – imposed for the murder of an eight-year-old and her parents during a robbery to fund a white supremacist movement – has been repeatedly upheld by federal courts, and the inmate’s own efforts to halt its implementation have very recently been rejected by this Court and the Supreme Court,” prosecutors wrote in the filing.

The Justice Department also argues while the Bureau of Prisons has taken measures to accommodate the family and implemented additional safety protocols because of the pandemic, the family’s concerns “do not outweigh the public interest in finally carrying out the lawfully imposed sentence in this case”.

The relatives would be travelling thousands of kilometres and witnessing the execution in a small room where the social distancing recommended to prevent the virus’s spread is virtually impossible.

There are currently four confirmed coronavirus cases among inmates at the Terre Haute prison, according to federal statistics, and one inmate there has died.

Delay until after pandemic threat

Attorney General William Barr told The Associated Press news agency this week he believes the Bureau of Prisons could “carry out these executions without being at risk”.

The agency has put a number of additional measures in place, including temperature checks and requiring witnesses to wear masks.

The injunction imposed late Friday delays the execution until there is no longer a health emergency.

The court order applies only to Lee’s execution and does not halt two other executions scheduled for later next week.

The decision to resume executions has been criticised as dangerous and politically motivated. Critics argue the government is creating an unnecessary and manufactured urgency around a topic that is not high on the list of American concerns right now.

The federal prisons system has struggled in recent months to stem the exploding coronavirus pandemic behind bars. As of Friday, more than 7,000 federal inmates had tested positive.

There have also been nearly 100 inmate deaths since late March.

The Daily Star’s FREE newsletter is spectacular! Sign up today for the best stories straight to your inbox Three people have been rushed to hospital following a house explosion that forced neighbours to flee. West Yorkshire Fire and Rescue Service have said they were called to a property in Illingworth, West Yorkshire, on Saturday December […]

Wars and viruses: Are robots less prone to market panic?

By Saikat Chatterjee LONDON (Reuters) – Widely blamed for volatile “flash crashes” in currencies and equities, high-frequency algorithms may also be why shock global events, including the current coronavirus, seem to have lost their power to spook markets for any length of time. Whether stocks, bonds, currencies or commodities, asset prices seem less prone to […]

LONDON (Reuters) – Governments and central banks around the world have unleashed unprecedented amounts of fiscal and monetary stimulus and other support over the past month for national economies reeling from the coronavirus pandemic. Following is a summary of the main policy steps so far. UNITED STATES MONETARY STIMULUS – The Federal Reserve cut interest […]

Nissan says it plans to sell 1.6 million cars in China this year