A provincial governor in Russia has been arrested on suspicion of involvement in a string of murders.

Sergei Furgal, the governor of the eastern Khabarovsk region, which borders China, was taken from his home in the region and flown to Moscow.

Furgal is accused of being involved in the murders of several businessmen in 2004 and 2005, according to the Investigative Committee of Russia – the country’s top criminal investigation agency. 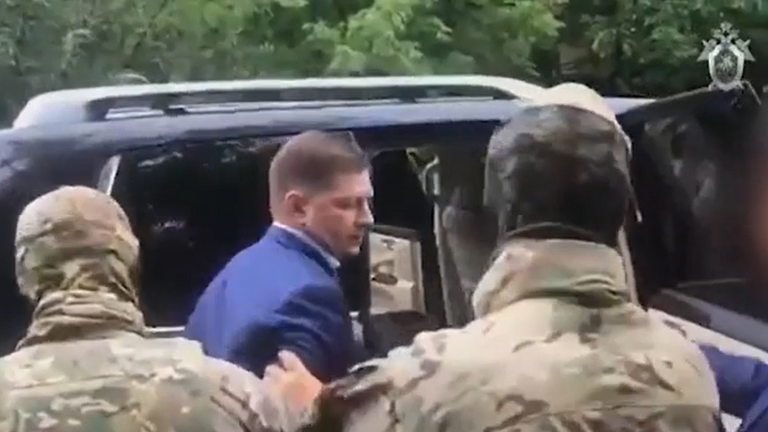 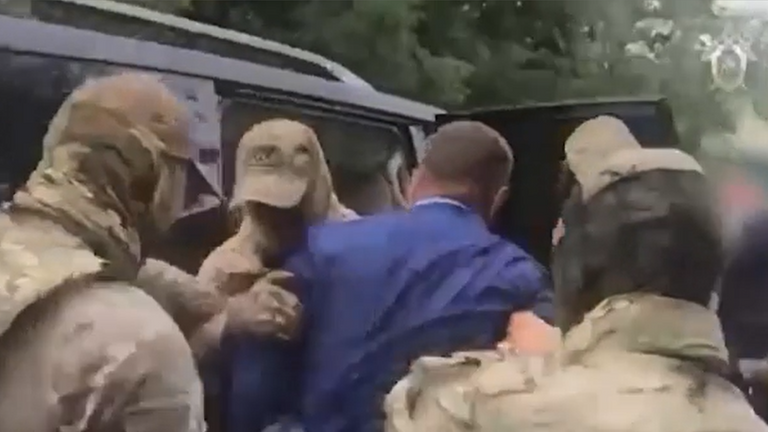 The governor denies the charges, according to the Tass news agency.

Russian President Vladmir Putin will personally review the case against Furgal and decide whether or not to allow him to continue his duties as Khabarovsk governor, as per Russian law.

Four of Furgal’s alleged accomplices were also arrested, according to the Investigative Committee.

Footage of the arrest shown on Russian TV appears to show agents removing the 50-year-old from his car before searching him and bundling him into another vehicle, surrounded by guards in military uniforms.

In 2018, Furgal defeated a Kremlin-backed rival for the governorship and had previously served as a national politician for ten years for the Liberal-Democratic Party. 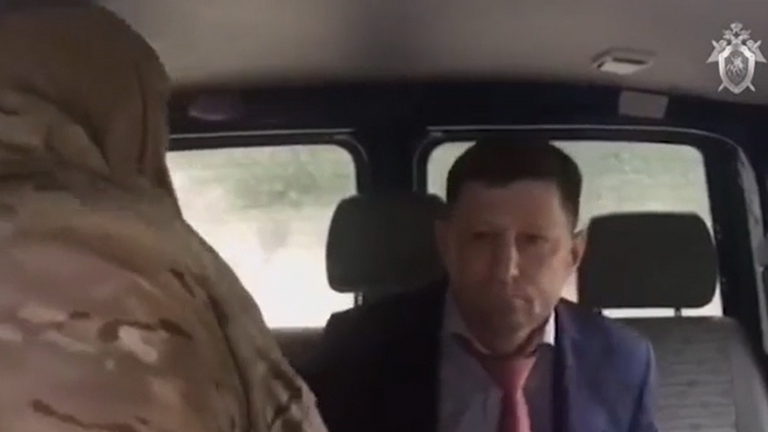 Vladimir Zhirinovsky, his party’s leader, criticised the Investigative Committee, saying it did not need to place Furgal in handcuffs, while hailing him as “the best governor the region ever had”.

Alexander Khinshtein, the head of the information and communications committee in Russia’s lower house of parliament, said that law enforcement had been aware of Furgal’s suspected crimes for some time, adding on Twitter: “I’m not surprised about his arrest. I’m surprised that it happened so late.”

World economy conference with pope postponed due to coronavirus

ROME (Reuters) – A conference on the world economy due to take place in Italy later this month with Pope Francis taking part has been postponed until November because of the coronavirus outbreak, organizers said on Sunday. The conference, organized by the Roman Catholic Franciscan order, was to have taken place in Assisi on March […]

Coronavirus: Brazilian president Bolsonaro has ‘mould’ in his lungs after COVID infection

Brazilian President Jair Bolsonaro says he is taking antibiotics for an infection that left him feeling weak – having spent weeks in isolation after catching coronavirus. He appeared during a live broadcast and chuckled as he told viewers that he had “mould” in his lungs. The leader said: “I just did a blood test. I […]

Argentine bonds take it on the chin after IMF approves restructuring