WASHINGTON (Reuters) – Former schoolteacher Amy Kennedy won a Democratic primary in New Jersey on Tuesday to become the standard-bearer to take on U.S. Representative Jeff Van Drew, who last year switched parties to become a Republican, in the November election. 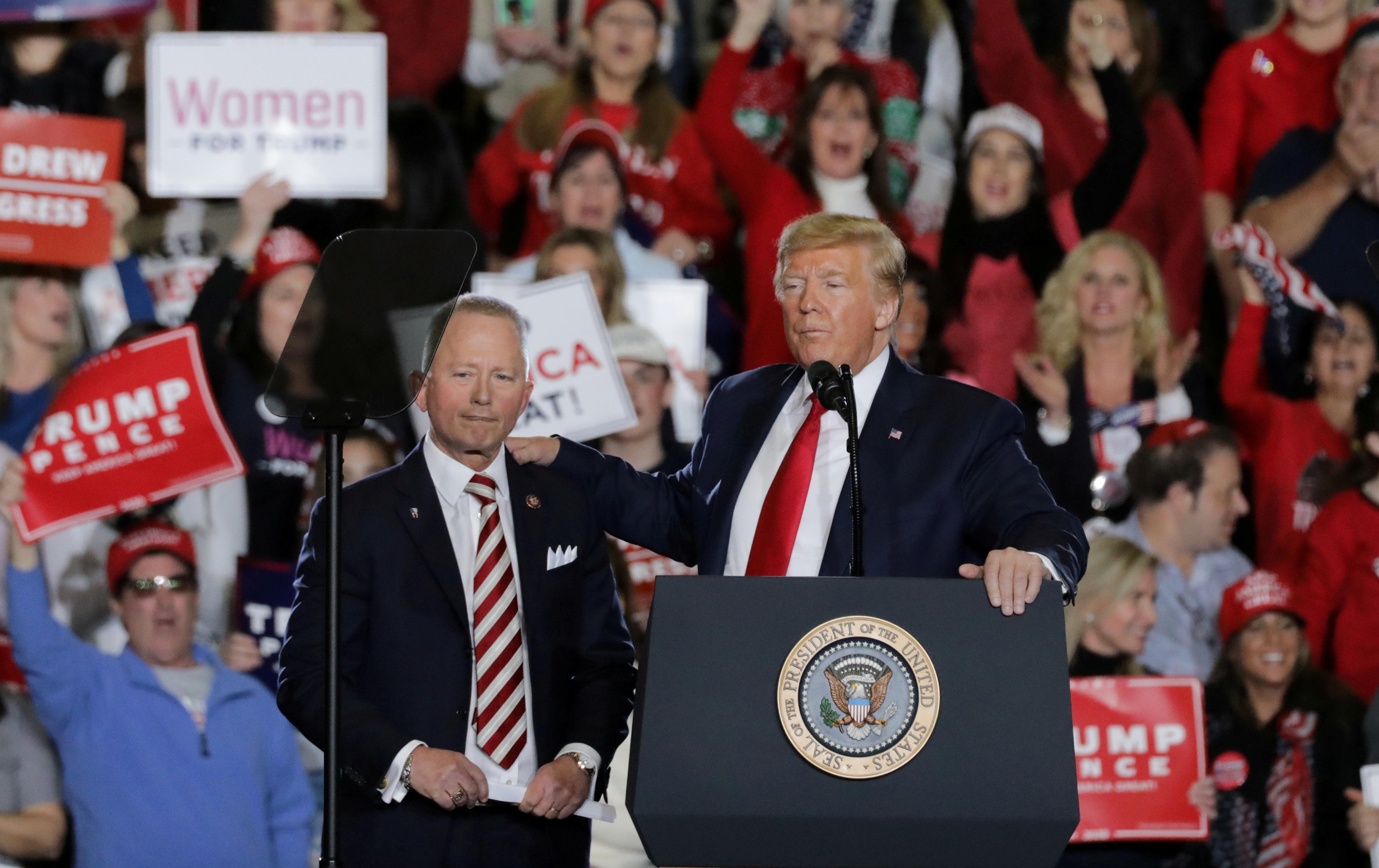 Kennedy, who is married to former Congressman Patrick Kennedy, a member of the storied political dynasty, led a crowded field of candidates including political analyst Brigid Harrison in preliminary results from New Jersey’s 2nd district, which includes Atlantic City.

Kennedy had 58.2% to Harrison’s 28.4% with 42 percent of precincts reporting; Harrison conceded the race.

Van Drew, who outraged New Jersey Democrats and delighted President Donald Trump last year when he switched parties and pledged his backing to the Republican president, was holding off a challenger Tuesday in preliminary results from the Republican primary.

Van Drew was ahead in the Republican race with 82.4% to 17.6% for challenger Robert Patterson, the New York Times reported. That was with 47% of precincts reporting.

Van Drew, 67, had won the district as a Democrat back in 2018. He left the party a year later after voting against impeaching Trump in the House of Representatives.

“Seven months ago when Jeff Van Drew abandoned the people of South Jersey and pledged his undying support to Donald Trump, I knew I wanted to step up and do something,” Kennedy told supporters Tuesday night.

She said her message to Van Drew was: “We have had enough of you and Donald Trump.” Nonpartisan analysts rank the district as leaning Republican.

The Democrats’ congressional campaign arm weighed in with a poll asserting Van Drew is vulnerable. Results from the poll, conducted June 30 to July 3, put Van Drew at 47% and Kennedy at 44%, the Democratic Congressional Campaign Committee said.

New Jersey and Delaware also cast ballots in presidential primaries Tuesday, although the outcome was never in doubt.

Biden also won New Jersey, the AP said, scoring 87.3 percent of the vote in early returns; Trump was uncontested on the Republican side.

Both states’ primaries had been postponed because of the novel coronavirus.

Complete official results in the congressional primaries may not be known until later this month. As with other states that have encouraged voters to mail ballots instead of voting in person because of the pandemic, delays are likely while officials receive, open and tabulate the votes.

In its 7th Congressional District, Thomas Kean Jr., whose father was governor of the state, defeated other Republicans in a race to go up against freshman Democrat Tom Malinowski in the autumn, the AP said.

In the northern 5th District, Democrat Josh Gottheimer was leading progressive Democrat and neuroscientist, Arati Kreibich, in early results from their primary race.

PMQs: Angela Rayner shares leadership ‘aspirations’ We use your sign-up to provide content in ways you’ve consented to and to improve our understanding of you. This may include adverts from us and 3rd parties based on our understanding. You can unsubscribe at any time. More info Angela Rayner demanded evidence be handed over to the police […]

Northern Ireland Protocol: Micheál Martin on border checks We use your sign-up to provide content in ways you’ve consented to and to improve our understanding of you. This may include adverts from us and 3rd parties based on our understanding. You can unsubscribe at any time. More info DUP MP Ian Paisley told Express.co.uk that […]

As rioters attempted to break down the doors of the U.S. House of Representatives, and police pointed their guns through the broken glass of those chamber doors, Rep. Jason Crow of Aurora was watching from the gallery. “They evacuated the folks on the floor but those of us in the gallery actually got trapped for […]