SINGAPORE (Reuters) – For many Singaporeans, voting on Friday under the cloud of the coronavirus pandemic, a big election issue is job prospects and whether their rich little island needs so many foreigners taking better-paid roles. 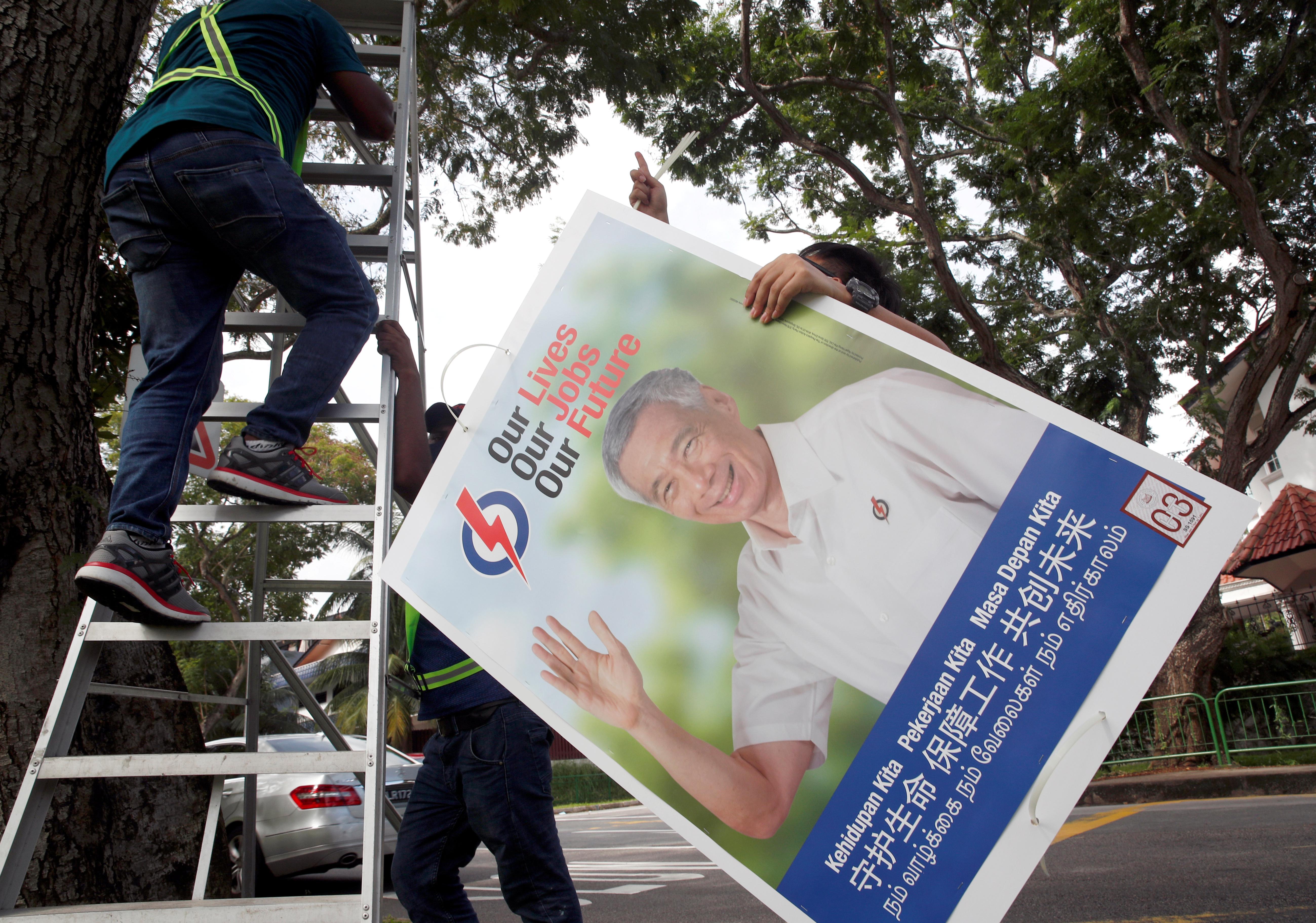 No-one expects a change of government on this Southeast Asian rock of stability. The People’s Action Party has been in power since independence in 1965, and has always commanded an overwhelming parliamentary majority, even when its vote has slipped.

But this election will be a test of both people’s confidence in the government’s handling of the coronavirus crisis, and its next generation of leaders, as Prime Minister Lee Hsien Loong – son of Singapore’s founding father Lee Kuan Yew – plans to step down within a few years.

Even small shifts in support for the pro-business PAP can prompt policy changes, and the coronavirus crisis has rekindled a national debate over outsiders’ share of the city-state’s prosperity.

Opposition gripes about foreigners holding top-tier professional roles has resonated with voters, analysts say. And a spate of reports about foreigners breaking lockdown rules, and having their work passes revoked, has fueled resentment.

Eugene Tan, a professor at Singapore Management University (SMU) and ex-member of parliament, said the image of the well-paid foreigner has become a “bogeyman” in the political debate.

“It is an issue with deep emotive appeal,” he said. “The question is whether voters can balance that…with an objective, rational examination of whether we can do without foreign manpower.”

Eight of ten opposition parties advocated reform of hiring policies to favour locals in their manifestos.

Yet, business groups fear curbs on recruitment could hurt growth in one of the world’s most open economies.

“Without foreigners, the large corporations may not necessarily be able to function and invest in Singapore like they always did,” said Latha Olavatth, senior director for Asia-Pacific at global migration services firm Newland Chase.

About 29% of Singapore’s 5.7 million people are non-residents, having steadily increased from around 10% in 1990, according to population statistics.

Most foreigners are low-paid domestic helpers or manual labourers, but it is the number in so-called professional, managerial, executive and technician (PMET) roles that irks Singaporeans with ambitions for their well-educated children.

“We have got to stop this foolishness of continuing to bring in foreign workers, especially foreign PMETs,” Chee Soon Juan, a Singapore Democratic Party leader, said during a televised debate last week.

It hit a nerve. The PAP’s Vivian Balakrishnan shot back saying the local PMET workforce was nearly seven times larger than the foreign PMET workforce, that it was growing, and that recent job losses had fallen most heavily on foreigners.

“What more do you want us to do?,” Balakrishnan, the foreign minister, asked.

When similar issues flared during the 2011 election, the PAP polled a record-low 60% of the vote and tightened international hiring rules to address voters’ sensitivities.

“For me and my friends, one of our top concerns are employment opportunities,” said, Xuan Na a 21-year-old student about to enter her final year. “We are worried that we won’t be able to land a proper job.”

By Herbert Lash NEW YORK (Reuters) – The rally in U.S. equities took a pause and the strong dollar got stronger on Thursday, rising to a three-year high against a basket of trading partner currencies, after a steep slide in the Japanese yen called into question its safe-haven status. Gold prices hit their highest in […]

Yuan to weaken with or without U.S.-China trade progress: Reuters poll

By Vivek Mishra BENGALURU (Reuters) – There will be no respite for the battered Chinese yuan over the coming year as U.S.-China trade relations are expected to remain rocky despite recent hopes for some resolution, a Reuters poll of FX strategists found. After weakening nearly 1.3% against the dollar in 2019, the yuan has pared […]

No end in sight yet for Amazon shutdown in France

PARIS (Reuters) – Amazon <AMZN.O> has no clarity yet on when its warehouses in France might reopen, the head of its French business said on Thursday, after the e-commerce giant clashed with unions over the measures taken to limit the risks of coronavirus contagion. Amazon closed six French warehouses used to stock and package goods […]