TOKYO (Reuters) – A few hours after sundown last week, Thi Tu Luong dragged her suitcase down a side street in Tokyo’s business district, looking for the temple that would take her in for the night. 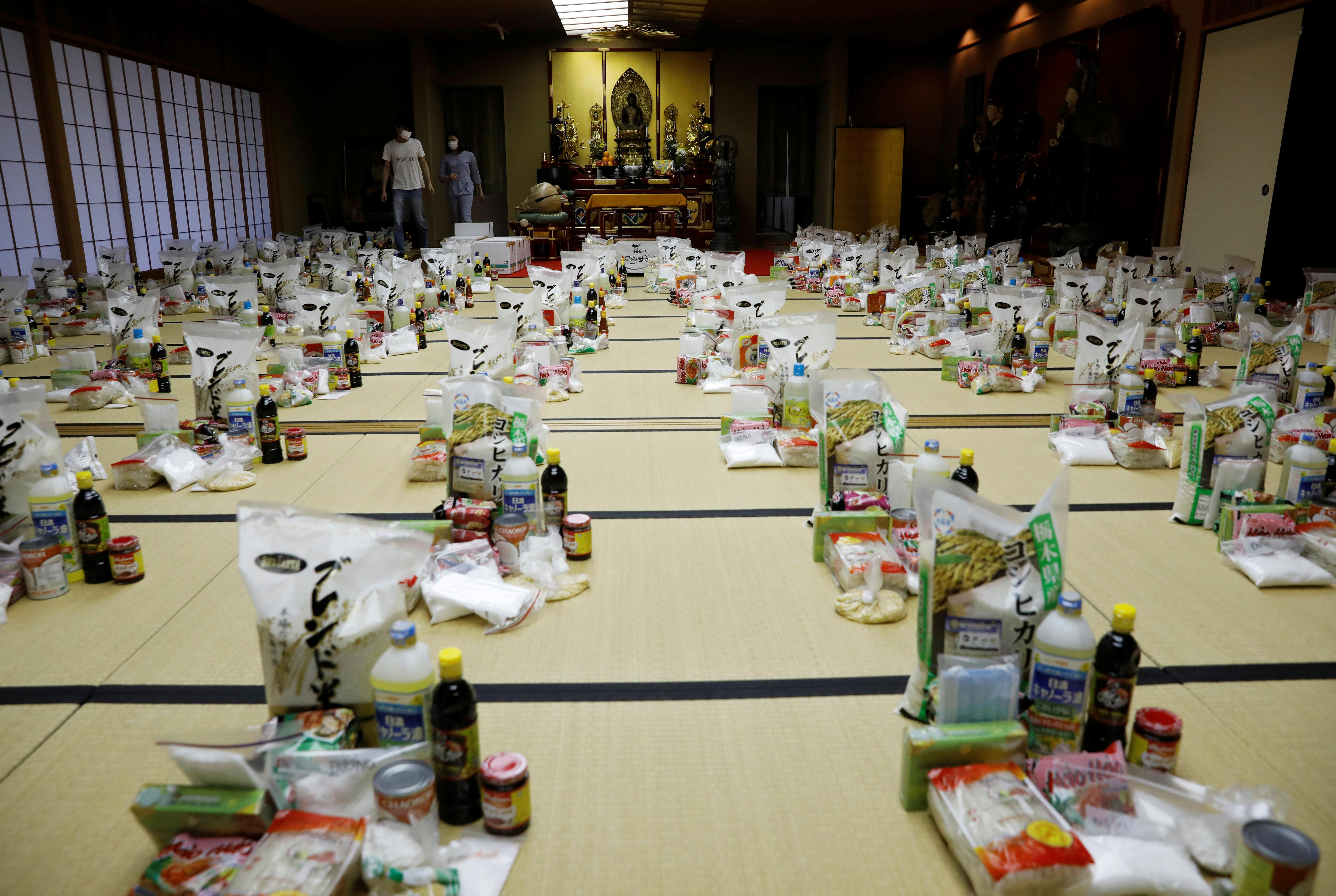 Luong, a 22-year old Vietnamese worker, had just been fired from her job at a hotel in a hot springs town north of Tokyo.

After a few minutes of walking the street, she saw Jiho Yoshimizu, who runs a support group for Vietnamese workers, waving her in from the entrance of a concrete building.

The three-storey Buddhist temple, Nisshinkutsu, has become a haven for young Vietnamese migrant workers, one of the groups hardest-hit by the economic slump that followed the novel coronavirus outbreak in Japan.

“I felt abandoned,” said Luong, shortly after she arrived at the temple. “I’m just really grateful I can be here.”

Lured by higher wages but often burdened by debt to recruiters, Vietnamese are the fastest-growing group of foreigners in Japan. They numbered 410,000 in 2019, up 24.5% from the previous year.

In ordinary times, nuns at the temple would offer prayers for the deceased, but with the coronavirus upending the economy, they now spend their time making care packages for Vietnamese scattered across the country.

Inside the temple, young Vietnamese workers whose lives are in limbo study Japanese, cook Vietnamese food, look for work or book flights home.

The temple became known to Vietnamese circles after it took in Vietnamese workers who were left homeless after the 2011 earthquake in northern Japan.

As Yoshimizu’s reputation spread in the community, she started receiving messages from young Vietnamese – including women seeking abortions, workers who were abruptly dismissed with nowhere to go, and labourers fleeing abusive employers.

In 2019, Yoshimizu handled about 400 cases, but since April that number has spiked. She now receives between 10 and 20 messages a day, all pleas for help from Vietnamese across Japan.

“I’ve lost count,” she said, sitting next to a phone that beeps and rings ceaselessly with calls and messages from labour brokers, employers, and desperate Vietnamese workers.

“No one else in Japan right now can provide this kind of support,” she said.

When Luong was fired without warning and told to leave her dorm, she turned to Yoshimizu for help.

“I have no job, no place to stay right now. Please, please help me,” Luong messaged Yoshimizu. “Can I come to the temple today?”

Luong graduated from a vocational school in March and started a job in mid-April at a high-end hotel in Nikko, a tourist destination known for its temples.

But she wasn’t given any work and spent her days in a dorm room with nothing to do. Luong said she was paid about 30,000 yen ($279.04) in May and was not sure if she had been paid in June. The hotel did not immediately respond to a Reuters request for comment.

Many Vietnamese workers arrive in Japan as students or trainees, making them dependent on their employers and therefore vulnerable to abuse and exploitation. 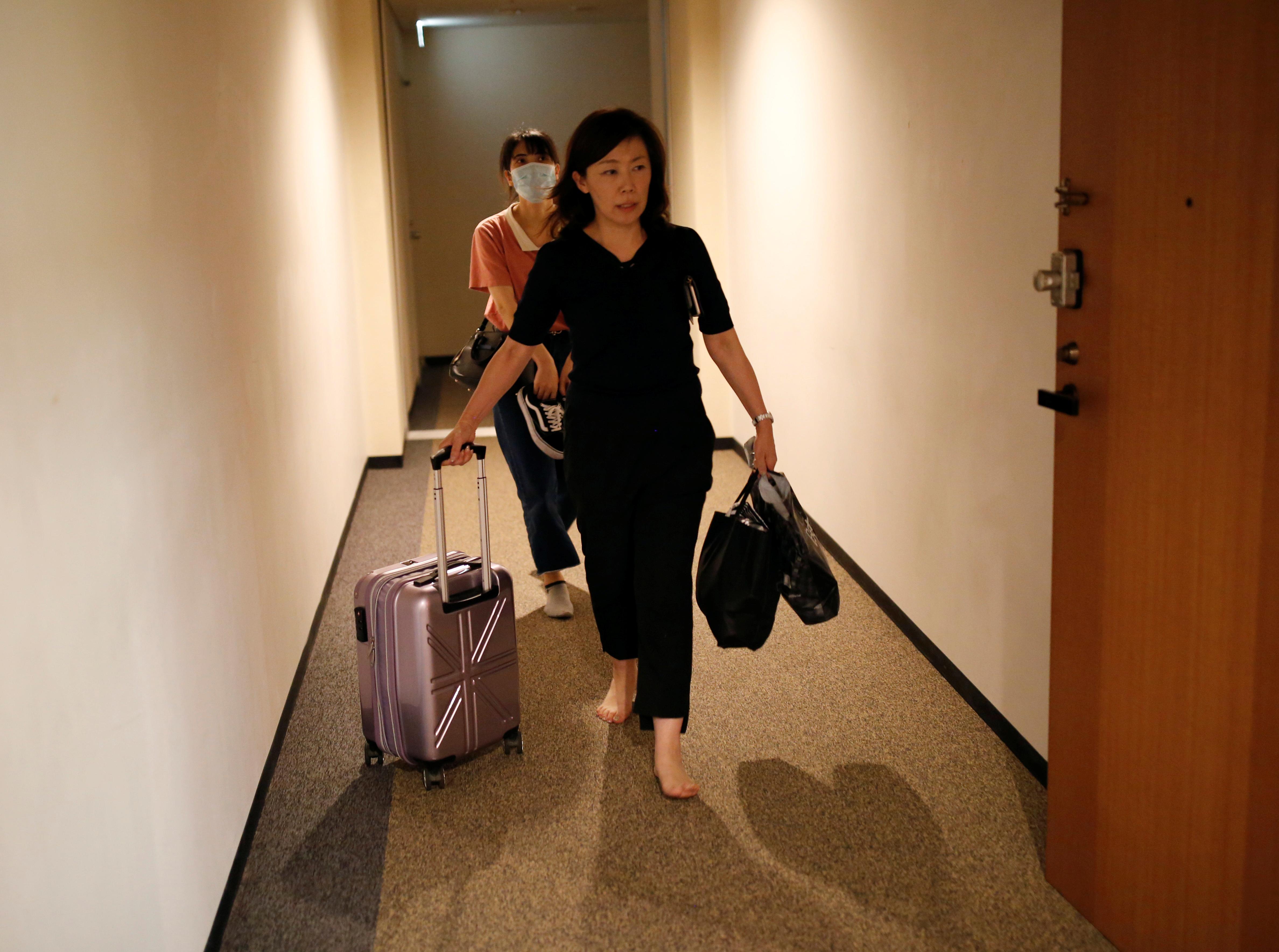 Yoshimizu spoke in parliament last month to urge the government to do more to support Vietnamese students who do not have employment insurance.

By Gabriel Burin BUENOS AIRES (Reuters) – Mexico’s peso <MXN=> is seen vulnerable to further slumps with the U.S. election campaign in focus after ending the first quarter on a bad note due to fears over the coronavirus outbreak, a Reuters poll showed. The currency is set to trade at 19.5250 per U.S. dollar in […]

No phones, no leaks: How Lagarde is making her mark on ECB

By Balazs Koranyi, Francesco Canepa and Frank Siebelt FRANKFURT (Reuters) – Gathered in a German mountain castle last November for an evening retreat that ended with a whiskey-tasting, rebel European Central Bank policymakers and Christine Lagarde, their newly confirmed president, made a pact.   Lagarde pledged to spend more time listening, and not to front-run decisions […]

Inverness Is Closer Than You Think

Wars and viruses: Are robots less prone to market panic?

Care home escapee, 91, dies trying to lower himself out of window with bedsheet