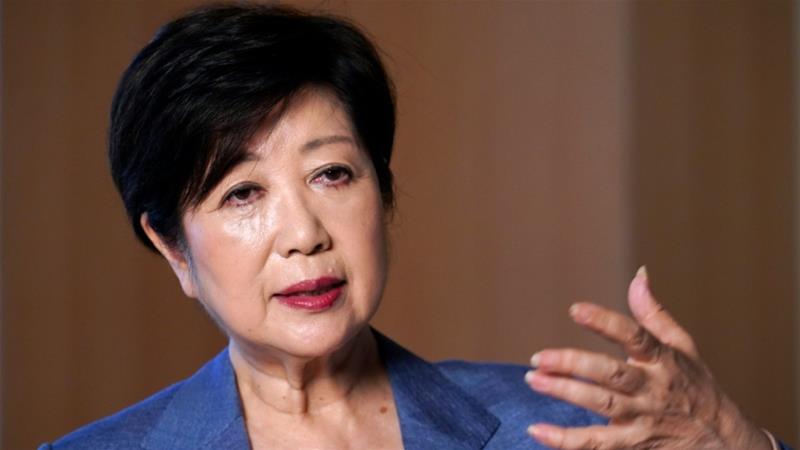 Yuriko Koike has been re-elected Tokyo governor, according to an exit poll released by public broadcaster NHK, after winning over voters with her handling of the coronavirus pandemic in the Japanese capital.

Koike’s victory in the city that will host the Olympic Games next year had been widely expected even though the capital confirmed 111 new coronavirus infections on Sunday, the fourth day in a row that the number exceeded 100.

“Our urgent task, above everything else, is coronavirus responses,” Koike, who became Tokyo’s first woman governor in 2016 and has won plaudits for her straight-talking on the coronavirus, said on Sunday night after NHK called her election win.

“This is a critical time to prepare ourselves for the second wave,” said Koike, the first female governor of Tokyo. The official tally of the vote has not yet been released.

The metropolis accounts for 11 percent of Japan’s population but has accounted for half of the country’s daily infections in recent weeks. 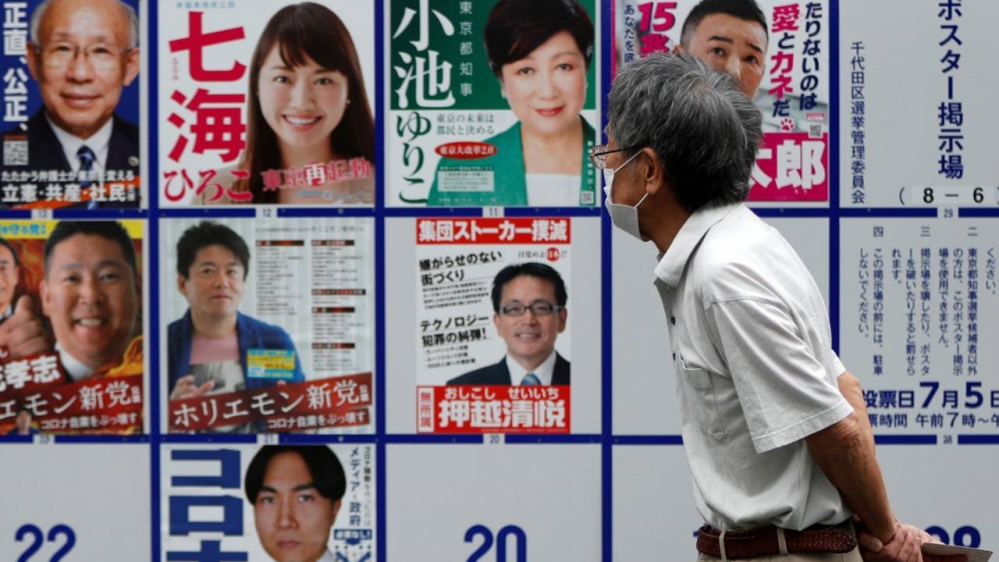 Koike, 67, will also be the face of the host city of the next Olympics, which had been scheduled to start this month but was postponed by a year because of the coronavirus.

Koike has said she aims for a safe, secure and simplified event. A survey by the Asahi newspaper showed last month that 59 percent of those polled believe the Games should be cancelled or postponed again.

“The event represents a big hope for athletes as well as children. Municipalities are waiting in earnest for torch relays,” Koike said in a joint interview with Japanese media, which was also held after her election victory was called.

“In order for their wishes to come true, I would like to press ahead firmly with coronavirus responses.”

During the campaign, Koike also pledged to set up Tokyo’s own version of the Centers for Disease Control and Prevention.

In a recent interview with The Associated Press, she said Japan lacked an efficient crisis management system to deal with the pandemic.

As the pandemic deepened in the spring, Koike often upstaged fellow conservative Abe, whose approval ratings have plunged due to his handling of the crisis and its severe impact on the economy, on top of a slew of scandals. She has often been touted as a future prime minister.

The former TV newscaster has earned the nickname “Migratory Bird” for hopping between parties and forming new alliances – doing it at least seven times – a rarity among Japanese politicians, who are known for their loyalty to party factions.

By Joey Roulette (Reuters) – Boeing narrowly missed a “catastrophic failure” during its December flight test of an unmanned space taxi that was cut short by an unrelated problem, a NASA safety review panel said Thursday, recommending that the agency examine Boeing’s software verification process before letting it fly humans to space. The newly revealed […]

By David Shepardson WASHINGTON (Reuters) – German automaker Daimler AG <DAIGn.DE> said on Saturday it will recall 744,000 Mercedes-Benz vehicles in the United States from the 2001 through 2011 model years because the sunroof glass panel could detach and pose a hazard. The large recall covers more two dozen vehicles from C-Class, CLK-Class, CLS-Class and […]

BRUSSELS (Reuters) – World No. 1 oil producer Saudi Aramco has gained unconditional EU antitrust approval for its $69 billion bid for a 70% stake in petrochemicals group Saudi Basic Industries Corp (SABIC), according to an EU filing. Aramco announced the deal in March last year, a move key to its diversification into refining and […]

‘Get off my lawn!’ Scott Morrison told off by resident as Australia PM in awkward moment

Boeing’s ousted CEO departs with $62 million, even without severance pay