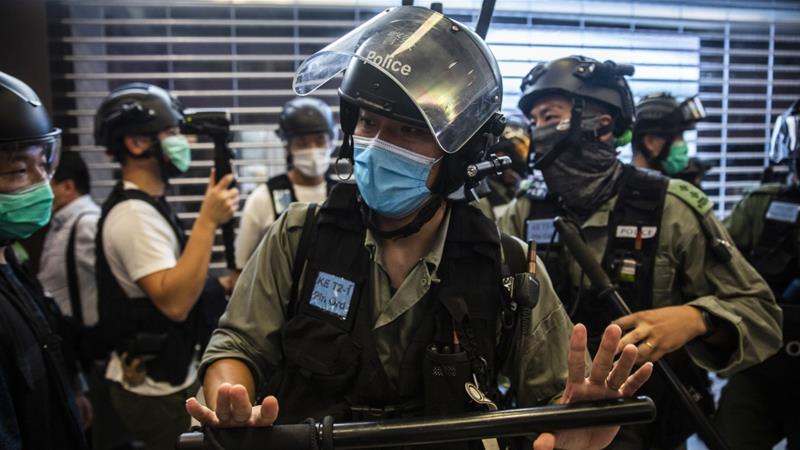 China’s ambassador to London has accused the United Kingdom of gross interference in Beijing’s imposition of new security legislation in Hong Kong, as a pro-democracy activist appeared in court and called for international support.

The UK has described the security law as a “clear and serious” violation of the 1984 Joint Declaration under which it handed back the territory to China 13 years later and said London would offer around three million residents a path to British citizenship.

He said China would decide on its response after seeing how the UK proceeded with its passport offer.

“It’s a matter of trust and lots of countries around the world are asking this question: does China live up to its international obligations?”

Wong – who, at age 23, is one of Hong Kong’s most prominent activists – was speaking outside a court where he and fellow campaigners were being prosecuted for involvement in civil unrest that rocked the international finance hub last year.

“We still have to let the world know that now is the time to stand with Hong Kong,” he told reporters, before his court appearance on Tuesday.

“With the belief of Hong Kong people to fight for freedom, we will never give up and surrender to Beijing.” 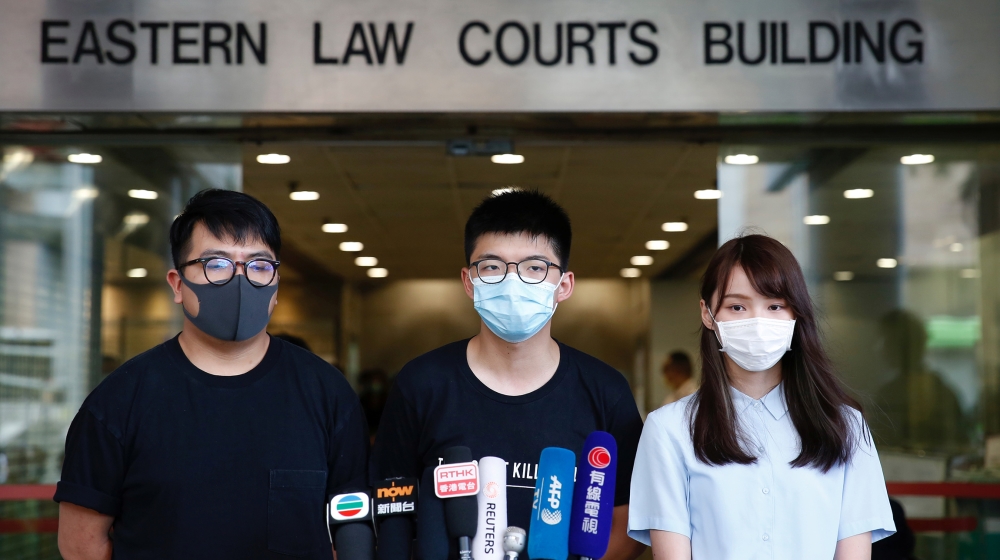 Although Prime Minister Boris Johnson describes himself as a “Sinophile”, he has also spoken of the need to “stick up for our friends in Hong Kong”, straining relations with Beijing.

He has also toughened his language on a provisional decision to allow China’s Huawei to be involved in the development of the UK’s 5G infrastructure, saying he would protect critical infrastructure from “hostile state vendors”.

Johnson has faced intense pressure from the United States and some British legislators to ban the telecommunications equipment maker on security grounds and the UK’s media minister said on Monday that the Huawei decision was not set in stone.

Liu said that, although China wanted friendly relations with the UK, there might be many consequences if the UK treated Beijing as an enemy or with suspicion. 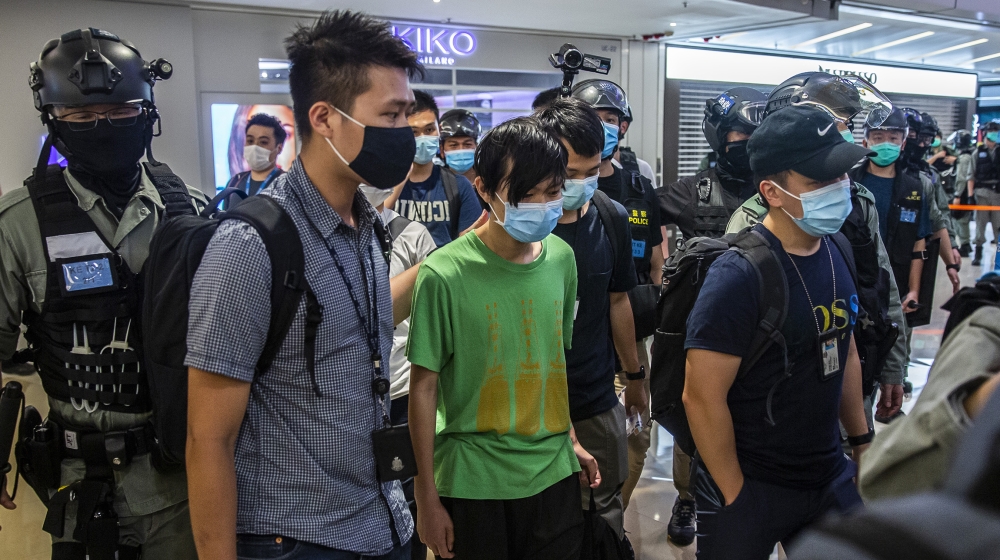 He said a u-turn on its Huawei decision would damage the UK’s image as an open, business-friendly environment and it meant London was having to “bounce to the tune of the other countries”.

“The China business community are all watching how you handle Huawei. If you get rid of Huawei, it sends out a very bad message to other Chinese businesses,” Liu said.

In 2015, former British prime minister David Cameron heralded a “golden era” in bilateral relations with Beijing, but these have soured amid growing dissent in Hong Kong. Liu said he hoped it was not over, but the UK had to be careful how it characterised China.

“Whether it is over or not is not up to the Chinese side,” he said. “We have every reason to have good relations with the UK.”

Hong Kong returned to China on July 1, 1997, under a “one country, two systems” formula guaranteeing wide-ranging autonomy and freedoms not enjoyed on the mainland, including an independent judiciary.

On Monday the city’s government ordered books that might breach the bill be taken from schools for review and possible removal.

“In accordance with the four types of offences clearly stipulated in the law, the school management and teachers should review teaching and learning materials in a timely manner, including books,” the Education Bureau said.

“If they find outdated content or content that may concern the four aforementioned offences, they should remove them,” the bureau added.

The titles of books to be reviewed have not been made public, but the order comes two days after Hong Kong’s libraries said they were pulling titles by the activist Wong and at least two other pro-democracy figures.

By Laura Sanicola (Reuters) – Phillips 66 is delaying three sizeable scheduled shutdowns at its refineries this year, the company said on Tuesday, because of concerns that coronavirus could spread among the refineries’ workers if the maintenance goes ahead. The scheduled shutdowns, also known as turnarounds, are for plant maintenance, repairs and upgrades, and often […]

WASHINGTON (Reuters) – The U.S. Trade Representative’s office said it granted on Thursday exclusions from import tariffs for some medical products imported from China, including face masks, stethoscope covers and blood pressure cuff sleeves. The exclusions were granted as the United States grapples with a coronavirus outbreak that threatens to strain its healthcare system. Earlier […]

Apparis Turns to the Home for Growth Opportunity