China is expected to pass a controversial new national security law for Hong Kong over the coming days.

The National People’s Congress Standing Committee, the country’s highest legislative body, is meeting in Beijing to finalise the details of the law.

Many in Hong Kong and around the world believe the law will violate Hong Kong’s traditional liberties, including a free press, independent judiciary, and the right to protest.

Beijing insists Hong Kong’s freedoms will be protected and that the law is necessary to restore order to the city. 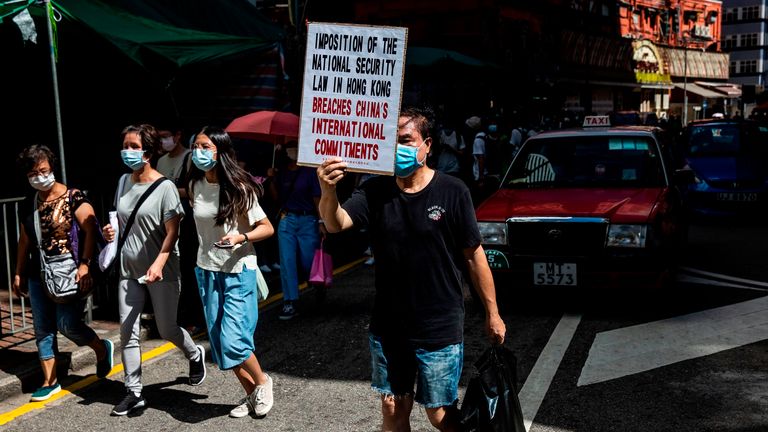 What’s in the law?

Similar laws are used in mainland China to jail critics of the Chinese Communist Party. Chinese security agencies will be able to operate in Hong Kong itself.

Other reports have suggested that the law will allow the Hong Kong chief executive to pick judges for national security cases; for some cases to be tried in mainland courts (which have a 99% conviction rate); for special facilities to be used to detain those arrested under the law; and that the law could potentially be applied retroactively – criminalising behaviour that was perfectly legal in the past.

Why is it controversial?

When the UK returned Hong Kong to China in 1997, the Chinese government agreed to maintain the city’s freedoms until 2047, under an arrangement known as “one country, two systems”.

This was enshrined in Hong Kong’s Basic Law, which serves as a constitution. Under that, Hong Kong is supposed to legislate on its own affairs, apart from foreign affairs and defence.

Under the Basic Law, Hong Kong was meant to pass its own national security law. But previous attempts have been unpopular and, ultimately, unsuccessful.

In May, China shocked the world by announcing it would impose a national security law directly on Hong Kong, by adding it to an annex of the Basic Law.

The law must be voted on by the Standing Committee, added to the annex of the Basic Law, then announced by gazette in Hong Kong itself. These are all formalities; afterwards, the law will be in effect and we will finally know the detail.

In one sense, though, the full text of the law doesn’t really matter: the national security law is not an end in itself but a means for China to bring Hong Kong to heel.

The law means whatever Beijing wants it to mean, so its implementation is the most important aspect. When the first cases are brought, people in Hong Kong will have a better understanding of the law’s true impact. 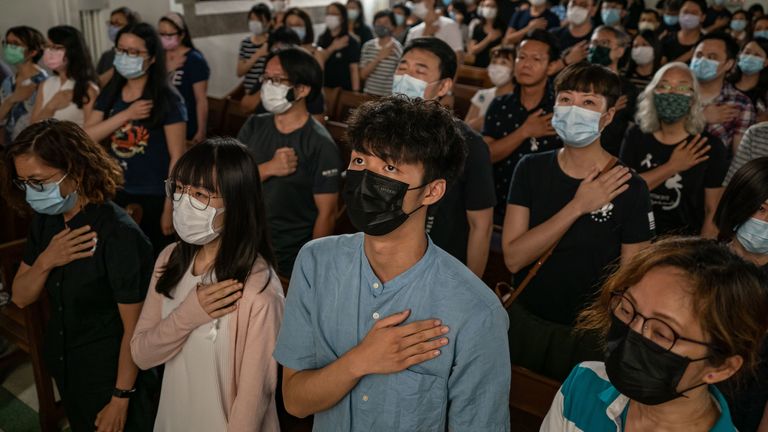 What does this mean for the Hong Kong protests?

Protests to the bill have been relatively limited so far. Authorities have restricted gatherings, citing COVID-19 concerns. But last year’s proposed extradition bill – a much less significant piece of legislation – brought huge numbers on to the street, and often led to violence.

An annual pro-democracy march is held on 1 July. Police have denied permission but it’s still likely to go ahead.

If, as likely, the national security law is in effect by then, it will be an important test of three things: the strength of public feeling against the law; protesters’ willingness to risk the consequences that the new law potentially brings; and how the authorities might apply the new law to those who take part in the march.

WASHINGTON (Reuters) – A federal judge has rejected a request by U.S. President Donald Trump ally Roger Stone for a new trial, according to a court filing released on Wednesday, a day after a Justice Department reversal over sentencing prompted prosecutors to resign from the case. U.S. District Court Judge Amy Berman Jackson, in a […]

Billionaire investor Steve Cohen: ‘After an earthquake there are tremors’

By Lawrence Delevingne BOSTON (Reuters) – Billionaire trader Steven A. Cohen is cautioning the staff of his investment firm, Point72 Asset Management, to remain cautious amid markets that have recovered slightly from coronavirus-driven lows. “Markets don’t come back in a straight line; after an earthquake there are tremors,” Cohen wrote to staff on Friday in […]

Greater Manchester health chiefs have urged anyone who has travelled there from Tier 4 areas or Wales to undergo 10 days self-isolation. The region's 10 Directors of Public Health said the quarantine should start from December 19 and visitors must remain indoors in the property where they are currently staying. Other people who live in […]

Opinion | In Haiti, Coups Are in the Eye of the Beholder

India’s COVID crisis: The government ordered some posts to be removed from social media – what did they say?