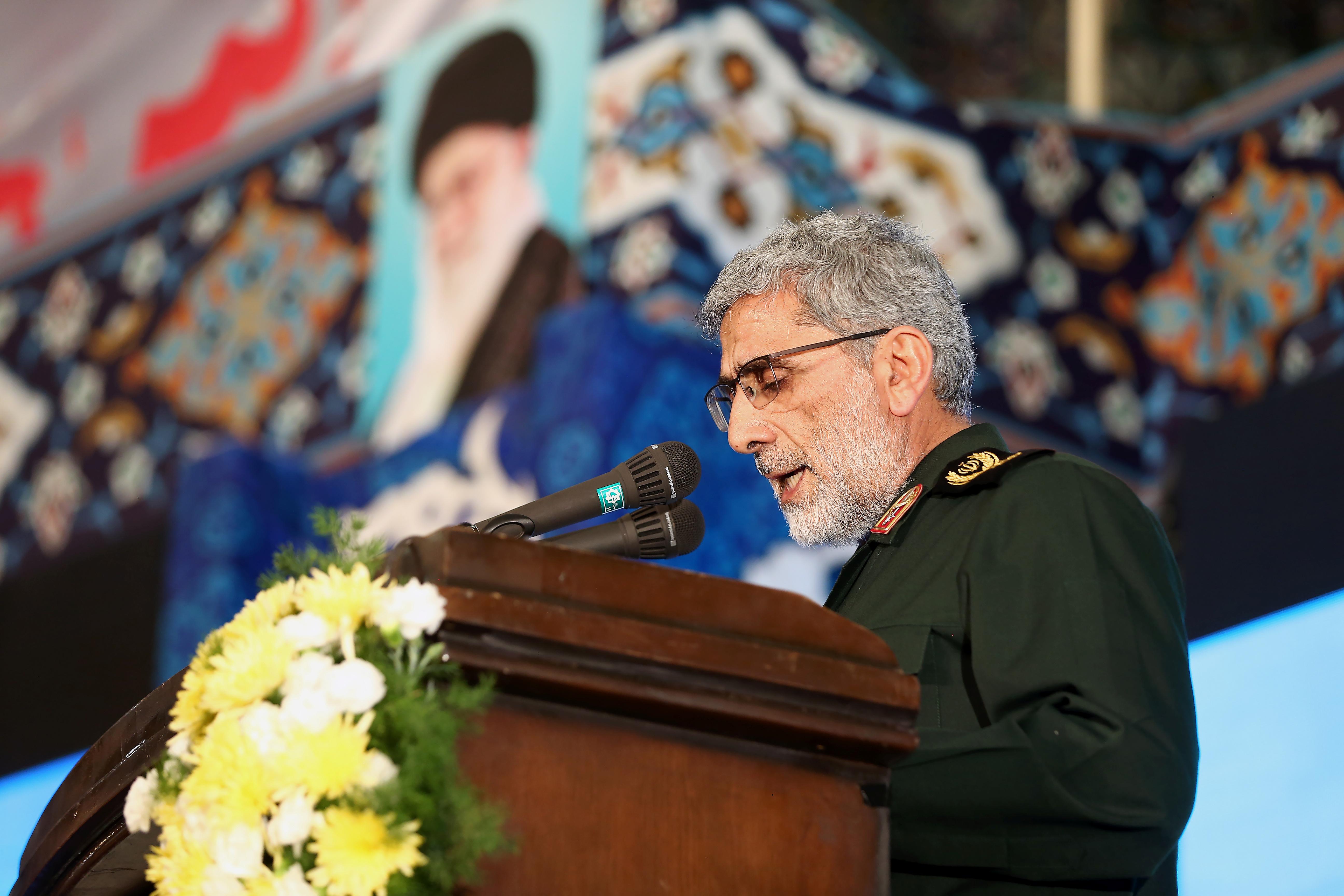 DUBAI (Reuters) – An Iranian news agency on Saturday reported a visit by the chief of the elite Quds Force to eastern Syria, a rare public announcement of a trip to the battlefield by the successor of a commander killed by the United States in January.

Esmail Ghaani is the replacement for Qassem Soleimani, Iran’s most powerful military commander, who directed its allied militia in conflicts across the Middle East before he was killed by a U.S. missile strike at Baghdad airport.

Iran’s semi-official Tasnim news agency reported Ghaani had visited Abu Kamal, a Syrian town on the border with Iraq, in the past few days. It later deleted the report without explanation. Other Iranian news media made no mention of the visit.

Tasnim quoted Ghaani as describing Islamic State fighters as agents of Israel and the United States, a common accusation by Iran.

Israel has regularly struck what it says are positions of Iran and its allies inside Syria. On Tuesday, the Syrian army said it responded to Israeli strikes on southern, central and eastern Syria in which two soldiers were killed.

The Quds Force under Soleimani was instrumental in directing militia that fought on behalf of Syrian President Bashar al-Assad throughout the nine year Syrian war.

On Saturday, Iranian media said the bodies of two Revolutionary Guards members killed in Syria four year ago were repatriated after being recently found and identified.

By Tommy Wilkes LONDON (Reuters) – Vanguard, the $5.6 trillion asset manager, plans to start using computer-run algorithms this year to trade FX directly with other funds, depriving banks of some of the fees they earn as the middlemen in currency deals. The head of FX trading at U.S.-based Vanguard, which trades about $225 billion […]

WASHINGTON (Reuters) – U.S. President Donald Trump spoke with Canadian Prime Minister Justin Trudeau on Wednesday and the two leaders agreed it was important to keep trade flowing despite travel restrictions put in place to combat the coronavirus, the White House said. “The two leaders discussed the coronavirus pandemic and the close cooperation on efforts […]

Brits go on panic buying-frenzy in supermarkets on first day of lockdown 3.0